Members of the charity organization appeared before a Congressional hearing. 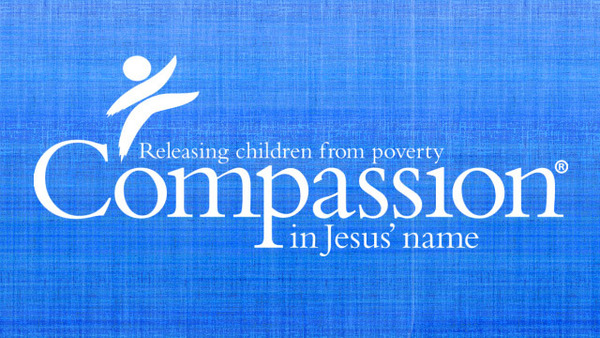 The decision of Indian government to put a clamp on Colorado-based Christian charity organization Compassion International has irked top American lawmakers of both Republican and Democratic parties.

Members of the charity organization appeared before a Congressional hearing to appeal before it to persuade India to change its policies on foreign funds of NGOs.

Fund transfer of Compassion International in India got stalled after the Indian government made it mandatory for all NGOs to get permission before financially supporting any local groups. This, after the authorities found that the NGO using foreign funds for religious conversions.

In its plea to the Congressional members of the House of Foreign Affairs Committee, Compassion International said that it will be forced to stop its India operations soon in the backdrop of the current stringent policies mooted by the government of India, which doesn’t allow transfer of funds to 580 partner organizations.

CI official Stephen Oakley told the Committee that the organization was willing to work with the Indian government to address concerns regarding conversions.

Compassion started its India operations in 1968 and for the last 48 years the NGO has been working among children to break the cycle of poverty. The US-based NGO has made fund transfers worth $50 million per year in humanitarian aid to India, funding nearly 145,000 sponsored children in some of Indian’s most impoverished and remote regions. It has over a few hundreds of staffs and more than 580 child development centers in the country.

Compassion claims that its model of working is unique from other NGOs. It works exclusively with local Christian churches who are best equipped to understand and meet the unique needs of children in their communities. The reason they follow such a model according to the representation submitted to the congressional members because of the moral and spiritual values that worldwide church share with those of Compassion and its donors.

Compassion accuses the Indian government of wrongly interpreting the functioning of the NGO. It says the “government has wrongly accused Compassion of engaging in illegal conversions and anti-national House of Foreign Affairs Committee, December 6, 2016, 4 activity, it has simultaneously ignored and violated its own laws. Compassion’s counsel in India has advised that the Reserve Bank of India (RBI) prior clearance notice misinterprets and directly violates the FCRA”

In the testimony submitted by John Sifton, Asia Policy Director of Human Rights Watch he accuses the Indian government of poorly drafting a law that contains provisions that can be used to block foreign funding for groups and stymie their activities. He also reminded the congress about the gross human rights violation that happened in Gujarat when the current Prime Minister Modi served as the Chief Minister of the state.

“If there are concerns regarding a particular partner, we will be willing to remove them from our network,” Mr. Stephen Oakley, General Counsel and Vice President of the General Counsel Office Compassion International said, adding that the spiritual component of the support provided to poor children in the network involved values that were common to Christianity, Hinduism, Buddhism and Islam.

“It is my hope that by bringing attention to this issue, as we’re doing here today, the 145,000 children will not be tragically denied the services they desperately need, and that American families…. Can continue to send the… USD38 a month for food and educational fees to the poorest of the poor,” Congressman Ed Royce, Chairman of the House Foreign Relations Committee said in his opening remarks.

“In India, it (CI) is the single largest contributor of aid for children living in extreme poverty… we have spent nine months and hundreds of hours dealing with the Indian bureaucracy on this, and it looks like the bureaucracy is trying to run out the clock,” Royce said.

Congressman Eliot Engel, Ranking Member of the House Foreign Affairs Committee, said he has been concerned about reports that NGOs are having difficulty registering and operating in India.

“Civil society plays a pivotal role in democracy, holding government accountable and standing up for the rights of marginalized groups. So it’s troubling that a country with a such a long tradition of an empowered and active civil society might be going down this path,” he said.