India saves $69 million in Hercules transport aircraft deal with US 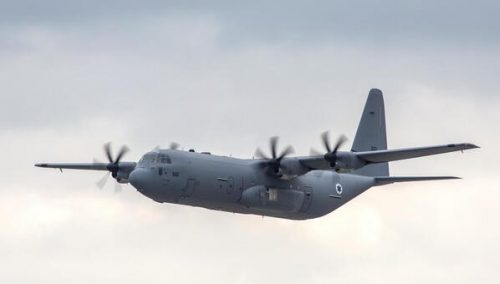 The six new planes will be located in West Bengal’s Panagarh.

India made a valuable saving of almost $69 million (470 crore) in the deal for acquiring six C-130J Super Hercules transport aircraft from the US, India Today reports.

According to the report,  India had signed the rupees 4,000 crore deal for the second batch of six C-130J Super Hercules from the US at the end of 2013 through the American Foreign Military Sales route under which the planes are to be provided by the US Air Force to the Indian Air Force.

“We saved $69 million (470 crore) due to the tendering process done by the American government for supplying the planes to us in the C-130J Super Hercules,” Mail today quoted a senior Defence Ministry source.

Recently, India signed a deal for the 145 Ultra Light Howitzers with the US for equipping the Army’s Corps of Artillery which has been deprived of a new gun for almost three decades.

The six new planes will be located in West Bengal’s Panagarh, which would be headquarters of the proposed Mountain Strike Corps of the army along the china border.

The aircraft is capable of airdropping commandos and material in darkness due to its night-vision imaging. It can prove very handy in wartime due to its ability for special air operations and transport material and supplies.

After military trade was opened with the US, India have done defence deals worth over $15 billion (1,011 crore) in the last decade.