A series of statements and actions of bureaucrats and those close to Modi undercutting his message. 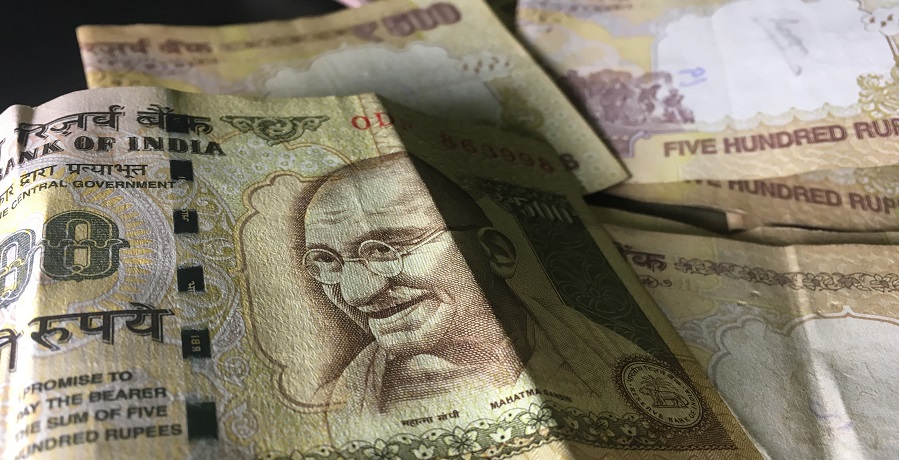 NEW DELHI: It was the statement of Revenue Secretary Hasmukh Adhia a few days ago that was the most unkindest cut of them all to Prime Minister Narendra Modi, especially because it came when the Parliament was in session.

Salute the guts of this bureaucrat. Considered to be Modi’s Man Friday, especially in conceiving and executing the demonetization imitative, Adhia remarked at a press conference last week that the government was expecting most of the 500 and 1,000 rupee currency notes to be surrendered back to the Reserve Bank of India.

It was only a few weeks back that the government was stressing over how to spend the grand golden dividend of three trillion rupees, which it was going to gift itself, once the deadline for surrendering the demonetized currency was over.

Some pundits wanted the government to share the spoils with holders of the Jan Dhan accounts — bank accounts opened under a pet scheme of Modi by people who hither to had no access to banking — by depositing some “helicopter money” from above. After all, they have been waiting for Modi to deliver on a promise he made during the general election campaign to give 1.5 million rupees to every Indian by seizing black money. Giving people a sum of Rs 15,000 would be a good first step.

Some others cautioned the government through op-eds that this would create a bad precedent and result in a bad work ethic, and instead the government should splurge the windfall on large scale capital expenditure projects. Certain others argued that, as Donald Trump promised Americans, Indian companies should also get Trump-like tax- cuts to usher in an era of prosperity.

But now the 14 trillion rupee question:  is the money coming to the government, to begin with?

Hear RBI Governor Urjit Patel. Possibly stung by not being taken fully into confidence — we would have to wait for a memoir later to know the full story — he put the lid on the whole debate on the dividend to the government. Even in the eventuality of all Rs. 500 and 1,000 rupee notes not being surrendered, it doesn’t theoretically amount to complete erasing of the liabilities of the central bank, and hence the question of a one-time dividend to the government does not arise, he remarked. In other words, Patel said: enough is enough, now leave what is of the central bank for us to deal with. Leave that unto Caeser unto Caeser and that unto God to God. We know what to do with it. Et tu, Urjit Patel? Then fall…

Worst of it all came from Aruna Sundararajan, the Government of India’s formidable Secretary of IT. While the prime minister was flying from Uttar Pradesh to Assam to Tamil Nadu, campaigning and pleading with the people to switch to digital payments and make India’s transition to a cashless economy smooth, Sundararajan said that one could not vouch for the security of the digital wallets in the country.

Since November 8, Modi has been exhorting his countrymen to make sacrifices for a larger good by bearing the pain caused by the demonetization. Indeed, they did. And many Indians continue to, somehow, feel that the black money is being attacked.

Much of this posturing by the government would come to an end by December 31, when the numbers will be known to one and all. We might also get answers to many questions that befuddled us since November 8. Among them: Whose idea was it to allow the use of old 500 and 1,000 notes toward the purchase of petrol at all the retail outlets, and even permit booking of airline tickets and rail tickets? How could the government be a mute spectator to large-scale purchases of gold on the very midnight of the demonetization announcement, just a kilometer away from the prime minister’s residence? How could the government be acting to defeat its own plan by declaring voluntary income disclosure schemes in between? Was it not right here in Delhi that the jugaad was initiating grand plans of opening multiple bank accounts and making all and sundry bearers of their dirt money?

Much worse, it even made the Jan Dhan account holders a partner in this crime. Indeed, possibly the ingenuity of the Indian jugaad in converting black unaccounted money into white caught more attention than the government’s policy. One needn’t be surprised if a member of the jugaad, and of the trader-chartered accountant- religious trust coalition, comes up with a big thriller on Fifty-five ways of making black money white in the coming days.

The demonetization exercise least affected the attitudes or mores of the hoarders of ill-gotten wealth in the higher echelons. Most of them seem to have come out unscathed. Three marriages which fell during the demonetization period — one conducted by a mining baron from Bellary in Karnataka, another by a union minister in Nagpur and a third by a liquor baron at Trivandrum — seemed to be mocking at Modi’s demonetization drama.

Those extravagant marriages came at no inopportune time staring at those of us in queues going cashless. While waiting for withdrawals, we had a great company. Joining us was the Surat merchant Laljibhai Patel, who bought Modi’s pinstripe suit for 43 million rupees a year ago, going for voluntary disclosure of income.

*Et tu, Brute? Then fall, Caesar! is a famous line from Shakespeare’s Julius Caesar (Act 3, Scene 1, Line 77). “Et tu, Brute,” or “You too, Brutus?” are believed to the last words of Caesar to his friend Brutus at the time of his assassination.

India’s war on black money likely to result in a big bonanza for government (November 10, 2016)

Chinese to benefit from US-India showdown over solar panels at WTO (September 23, 2016)

Will Modi’s plan to channelize gold holdings from temples to banking system succeed?(May 8, 2015)