COLUMN: Part 1 of a series on legal immigration issues in the US. 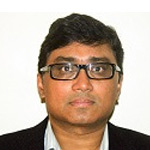 NEW YORK: There has been near-panic in India, on the stock exchange, in boardrooms of India’s top IT outsourcing companies and by doomsday economists who predict a double whammy for jobs creation in the country following Prime Minister Narendra Modi’s disastrous demonetization drive, following the re-introduction of a bill by two Republican Congressmen from San Diego, California: Rep. Darrell Issa and Rep. Scott Peters — H.R. 170, the ‘Protect and Grow American Jobs Act’. The bill is aimed squarely at large IT outsourcing companies, mostly based in India, to curb job losses for American and legal workers in the US.

There’s a good chance this time around for Issa and Peterson’s bill to become law, with President-elect Donald Trump having given the clarion call to stop the outflow of IT-related jobs overseas, promising a clampdown by the Justice Department of those companies who have ‘taken’ jobs away from American workers.

Trump didn’t name the companies. However, the Bengaluru-headquartered Infosys has already paid a price for visa abuse. In October of last year, Infosys paid $34 million to the US to settle allegations of “systematic visa fraud and abuse of immigration processes.” According to the Department of State’s Diplomatic Security Service, records of 6,500 foreign Infosys employees on business (B-1) visas were investigated, and found that they were being used in lieu of H-1B visa and L-1 visas, to get company work done in the US.

It’s likely that Issa and Peters’ bill will be reconciled, or merged, with other bill(s) to be introduced in Congress – Democrat Congresswoman Zoe Lofgren from California has stated she would be introducing a bill soon (I will discuss the implications of that bill in the second part of this series on legal immigration issues in the US, at the onset of the Donald Trump presidency).

So what is Issa and Peterson’s bill about?

It has two key provisions, which would dramatically alter legal immigration to the US:  it would raise salary requirement for H-1B visa positions to $100,000/year (up from $60,000/year currently) and require successful candidates to have a master’s degree from accredited institutions as determined by the Department of Homeland Security. The rules, if enacted, would apply only to US-based companies which have more than 50 employees and with more than 15% of that workforce comprising of H-1B visa workers.

In statements, Issa and Peters reasoned that the bill was important “to ensure we can retain the world’s best and brightest talent. At the same time, we also need to make sure programs are not abused to allow companies to outsource and hire cheap foreign labor from abroad to replace American workers”; and “curbing abuse of the H1-B system will protect American jobs and help ensure that visas are available for innovators who need them to maintain a competitive workforce…and help prevent companies from taking advantage of the system to offshore jobs.”

The bill comes in the wake of a number of companies, like Disney, SoCal Edison, being criticized for abusing the H-1B visa program to replace American workers. There has been bipartisan support, including from Trump, on ending the repugnant practice of having American workers training their replacement worker on a visa, before being fired.

Imagine the same thing happening in India: if 200 Infosys, TCS or Wipro employees are forced to train American workers, under the threat of losing severance pay, who would subsequently take up their jobs. There would be uproar, for sure.

However, it remains to be seen when, or if at all, Issa and Peters’ bill would become effective, and what its final terms would be. The new H-1B visa filing season for 85,000 foreign workers to secure work in the US begins on April 1, 2017. If enacted by then, it would be remarkable, considering that in the eight years of Barack Obama’s presidency no significant immigration reform succeeded in Congress. All action on immigration-related issues, for legal and illegal immigrants, came through the President’s executive actions.

If the bill is enacted with the two provisions intact: of raising the salary level to 100K with a master’s degree in tow, it’s likely Indian IT companies would see a steep downturn in revenue, with hiring coming to a near freeze and scrambling to hold onto their contracts in the US. There would also be a dramatic fall in filing for new H-1B visas. Most IT outsourcing companies hire from India with starting salaries around $60,000. To pay 40% percent more, plus get candidates who have master’s degrees, would break the backbone of the business, which is the intention of Issa and Peters.

Two outsourcing firms based in other countries got 2,811 H-1B visas – Accenture 2,275 and Capgemini Financial Services 536.

The statistics are according to Ron Hira, a professor at Howard University, and reported by The New York Times, last year. In 2014, 70 percent of the H-1B visas went to workers from India, according to the Department of Homeland Security. Last year, 236,000 applicants fought for the 85,000 spots.

In 2014, a startling 76,000 H-1B visas out of the total 85,000 were issued to people in computer occupations, most of them Indian nationals. After India, China is in second place — just over 5% of H-1B visas of computer jobs go to the Chinese. No other nation rises above 1%, according to U.S. Citizenship and Immigration Services data for the 2014 federal fiscal year.

Now imagine, if all these outsourcing companies, based in India and the US, were to stop using the H-1B visa for Indian workers in the lower rungs of the ladder. What would happen?

It’s likely that more visas would go to technology, engineering, cutting edge and innovative-based firms in the US, including startups, who are looking for a few ideal candidates to fill intrinsic slots in their business and technology team. The issue for such companies has always been getting hold of a candidate on an H-1B visa through the lottery system, not the salary and educational qualifications part. More often than not, they have lost out to the IT outsourcing companies.

Many of the H-1B workers who come to work in the US for outsourcing companies end up going back to their home country. Some manage to get a Green Card but after a decade or more of waiting, and are often reluctant to invest in real estate in the US, and curbed by visa restrictions, to start their own businesses. Their spouses and children end up on H4 visas for years on end, with no prospect of getting work authorization.

On the other hand, if H-1B visa workers come with an advanced degree and good job offers with higher salary, they are more likely to end up staying on in the US, with a shorter path in terms of waiting for a Green Card (this is something that Rep. Zoe Lofgren wants to deal with, and I will discuss in more detail in my second part). These high-income workers would spend more in the US economy, feel more secure about their chances for permanent residency and be willing to buy a home, start their own business.

It’s likely that the H-1B visa might soon become an elitist visa, with many of the workers who come here likely to have their background from some of India’s top schools, like IIT, IIM, IIS, BITS, IIFT etc. It would mean heavy loss for India, in terms of brain drain, but terrific for the US who would be getting potential entrepreneurs in tens of thousands emigrating annually.

Indian IT outsourcing companies have themselves to blame for the turn of events. For long they have curbed diversity in their workforce, despite great revenue margins, and resisted transitioning to hiring locally at a more aggressive pace.

However, take a look these stats about workers employed by some of the IT outsourcing companies. Computerworld reported that in 2013, Infosys had 509 workers assigned to Apple sites in Cupertino, California. Of that number, 499 — or 98% — were listed as Asian, with the remaining 10 identified as either white or black, according to government records. Of 427 people employed by Infosys at insurance giant Aetna’s Hartford, Connecticut, offices, 418 were identified as Asian in a court filing.

In the District of Columbia, where Infosys has developed a government-funded healthcare platform, 63 of 71 Infosys workers were Asian. And there are many other major employers that use Infosys with similarly large percentages of Asian workers, according to court documents in a Wisconsin federal lawsuit brought by four IT workers alleging discrimination, couple of years ago.

Nearly 86% of the H-1B visas issued by the U.S. government for workers in computer occupations are for people from India, according to a Computerworld analysis of government data obtained through a Freedom of Information Act request.

An earlier lawsuit filed by an aggrieved worker against Tata alleged that the firm staffed “with an almost 100% South Asian workforce.” It claims that about 95% of Tata’s overall U.S. workforce is made up of South Asians.

There is plenty of bipartisan support for curbing visa abuse through the H-1B visa. Apart from Rep. Zoe Lofgren who spoke out recently against it, and wants to reform it too, in April 2014, Illinois Democrat Sen. Dick Durbin had said: “…These outsourcing firms like Infosys, Wipro, Tata and others — Americans would be shocked to know that the H-1B visas are not going to Microsoft; they’re going to these firms, largely in India, who are finding workers, engineers, who will work at low wages in the US for three years and pay a fee to Infosys or these companies.”

Dire warning for Indian IT outsourcing companies also come from rating agency in India, India Ratings and Research. In a press release last week they said if Issa and Peters’ bill is enacted: “…the employee cost of IT companies has increased over the past eight quarters and impacted margins negatively. The passage of the Bill would impact IT companies operations and might lead to further increase in the onshore efforts and subcontracting expenses,” adding, “…Indian IT companies generate around 55-60 per cent of the revenue from the US. The onsite proportion of revenue exceeds the offshore portion and the subcontracting expenses as a percentage of revenue has increased by around 50-100 bps over the last eight quarters for the top IT companies.”

The important factor, however, is also the continued economic growth in the US: there has been good news on the jobs front for several quarters, and bottom lines of companies remain strong, with stocks exceptionally well. It’s ironical that the bill by Issa and Peters to prevent tech jobs from going overseas come at a time when demand for tech jobs especially is at a high, and not enough workers to take up positions.

Imagine the tech industry as a beehive: to create more honey, you need more bees. The US is trying to curb worker bees from coming to the US, to create that honey. And there’s not enough worker bees in the US. Eventually, the men and women who control these beehives would get tired of trying to get the right kind of labor domestically and find ways to outsource jobs directly to India, and elsewhere, skirting the use of H-1B workers.

There’s more to this evolving tale of the tech industry in the US and workers on H-1B visa, L-1 visa and F1 visa.

(Sujeet Rajan is Editor-in-Chief, The American Bazaar. Follow him @SujeetRajan1).