Growing Up Smith: A charming and touching experience that will hit home for all 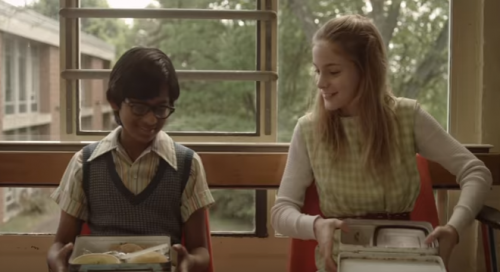 Growing Up Smith is the story of the Bhatnagar family. 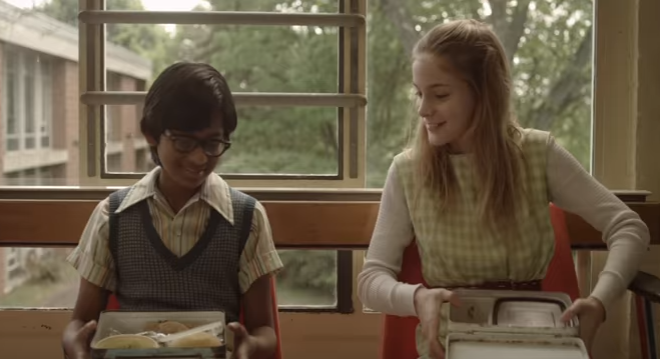 Many of us have experienced a plethora of emotions throughout our lives. We all remember the first time we fell in love, the relationship we have shared with our parents and with our neighbors, and how we have always sought to fit in with those around us.

These feelings have particularly been true for many immigrant families whom have traveled across the seas to the United States to settle and make a better life for themselves. The uncertainty of how to assimilate, whether at all to assimilate, what is right, what is wrong for themselves and their children are all thoughts that have crossed the minds of these families. This angle of the immigrant experience has not been rarely explored in American cinema.

Therefore it is really a breath of fresh air that the newly released film, Growing Up Smith, tackles these thoughts and more. Featuring an amazing star cast that includes Jason Lee, Anjul Nigam, Poorna Jagannathan, Brighton Sharbino, Hilarie Burton, Samrat Chakrabarti, Shobha Narayan and Roni Akurati as Smith, Growing Up Smith caused tremendous curiosity and excitement as soon as its trailer released. Audiences were intrigued by the images before them showcasing a normal, day-to-day life in the United States, featuring an Indian immigrant family at the core. With such an incredible trailer, does the final film impress just as much? You bet it does.

Growing Up Smith is the story of the Bhatnagar family, featuring the authoritarian but well-meaning father Bhaaskar (Anjul Nigam), adorable mother Nalini (Poorna Jagannathan), beautiful sister Asha (Shobha Narayan) and sweet child Smith (Roni Akurati). The year is 1979 and the family has just moved to the United States. Smith falls in love with his neighbor Amy (Brighton Sharbino), and develops a mentor relationship with Amy’s father Butch (Jason Lee). Smith begins to question what he should do to fit in – follow the path that his traditional father wants him to, or assimilate into the American culture and follow the dreams that he really wants to. What follows is a story featuring a roller coaster of emotions – laughs, tears, friendships, heroes, relationships, and family. Will Smith ever express his love for Amy? Will Smith ever find out which ideals to follow? Will he be able to be there for Amy under any circumstances? Watch Growing Up Smith to find out.

In terms of performances, I must say I was bowled away by the performances of Anjul Nigam, Roni Akurati, Poorna Jagannathan, and Brighton Sharbino. Anjul is pitch perfect as the father, Bhaaskar. He conveys humor beautifully when he needs to (particularly the Halloween sequence), portrays the fear that very traditional Indian fathers can instill in their children (the dramatic sequence towards the climax involving the whole family), and hidden pain at taking tough decisions when coming to the children (context not to be revealed, but also near the climax). We can all identify our fathers, uncles, or grandparents belonging to the mould of the character Anjul plays, and that sense of identification is hard to pull off, but Anjul does it with flourish.

Roni Akurati is a superstar with his debut in this movie. I particularly loved his performance because I saw so much of myself in him. I was born and brought up here, but the innocence, the confusion, and the simple joys of friendship are things that I have also experienced. I have had crushes too, just like Smith, and whenever a circumstance happened where I would get to interact with that crush, I admittedly acted just like Smith does. Smith’s reaction and preparation when Amy and her family come over for the first time is a case in point. Roni is brilliant, sweet, charismatic, quite simply a star. Loved, loved, loved his performance.

Brighton Sharbino is also brilliant as Amy. For such a young talent to portray such a wide range of emotions is applause worthy. Amy also is a symbol of innocence and the type of girl any boy would fall in love with – she is compassionate and understanding, with respect for everything and everyone. Thus, when her character faces particular challenges in the film you can’t help but tear up (like I did). Brighton is a powerhouse performer and she leaves a deep impact on the hearts of viewers long after the film finishes.

Poorna Jagannathan is adorable as the mother. She is like many Indian mothers that I know whom are resourceful and ready to do anything to make their child happy, even if the child may not agree with the ultimate result.  Poorna is perfect in this role, and once again, audiences will adore this character.

Jason Lee is fantastic as Butch and fits the role to a T. Hilarie Burton and Shobha Narayan also impress in their roles respectively as Amy’s mother and Smith’s sister. Overall, the casting director should be applauded for their eye towards casting people that look like characters that we have seen or see on a daily basis – the Indian father, Indian mother, teenage sister, sweet boy, girl next door and her attractive mother, and all-American father.

I also applaud the catchy music in the movie. Wonderful songs have been selected, starting from “Staying Alive” to other popular hits, and the music fits in wonderfully in whatever sequences it has been applied to. There is nothing out of place or extraneous in this department.

One of the key aspects of any movie is its pacing and Growing Up Smith’s editor has done a fabulous job in keeping the proceedings moving at an appropriate pace. The film never drags nor does one ever get bored. Because each sequence is perfectly logical and straight out of things that we have experienced, it is fascinating to see it unfold on the screen.

Direction by Frank Lotito is excellent. For his film debut, Lotito shows no signs of being a newbie.

The script is absolutely stellar and has been written by Anjul Nigam himself (also the producer), Gregory Scott Houghton — who wrote the original version — and the late Paul Quinn. With such talents whom have had a myriad of experiences in their own lives, the script is wonderfully woven to reflect this. Each incident, each dialogue is true to life, and that is the script’s biggest strength. Sometimes some films add elements of fantasy or melodrama to make a point, but Growing Up Smith has nothing irrelevant in its unfolding. What is particularly impressive is the fun parallels the movie draws to film genres like Westerns. These type of sequences up the enjoyable ante of the movie.

What else is notable is the positive immigrant experience the movie depicts and it is so important to show that in today’s turbulent world. It reminds us of simpler times, and some may argue, happier ones.

I smiled throughout this whole movie and was just amazed at its depiction of a sensitive topic in a light manner that gets the main questions and points across. Yes, I did cry towards the end because I was so absorbed by the characters and performances, I felt like the film was happening to someone that I know.

All in all, I give Growing Up Smith a perfect 5/5 for its performances and realism. Go remember that time you first fell in love, remember your first mentor, remember your love for your parents, and most importantly, remember yourself and your experiences.

The film has opened in the New York, New Jersey, San Francisco, and Chicago area thus far and will be expanding to many more cities in the days to come. Check local listings for details.

Go for it! This is a film you do not want to miss.