61% want the H-1B numbers to be either kept at current level or increased: Politico/Morning Consult poll. 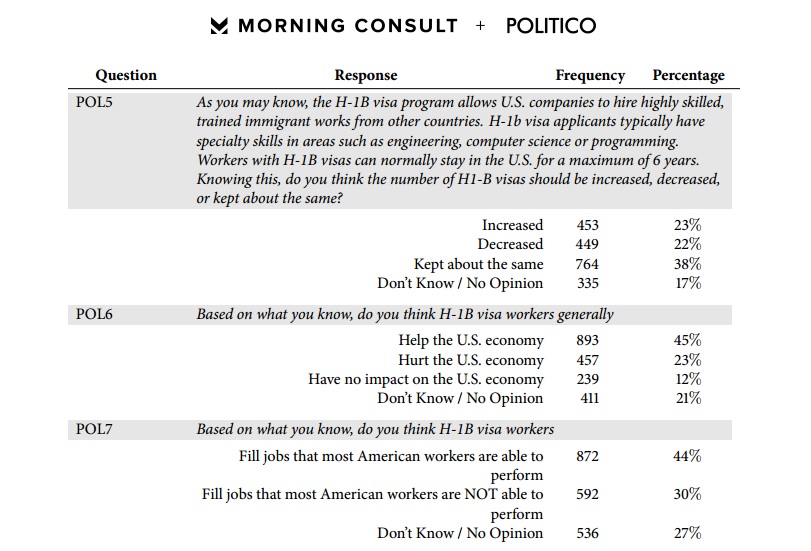 According to a Politico/Morning Consult national tracking poll, 45% of registered voters in the United States think that H-1B visa workers generally help the US economy, while 23% believe they hurt the economy. Among those polled, 12% said the visas have no impact on the economy and 21 percent had no opinion.

The poll of 2,000 registered voters was conducted over a three-day period between February 24 and 26. It has a margin of error of plus or minus 2%.

The poll also found that more registered voters trust Republicans in Congress (45%) than congressional Democrats (36%) to handle the issue of immigration.