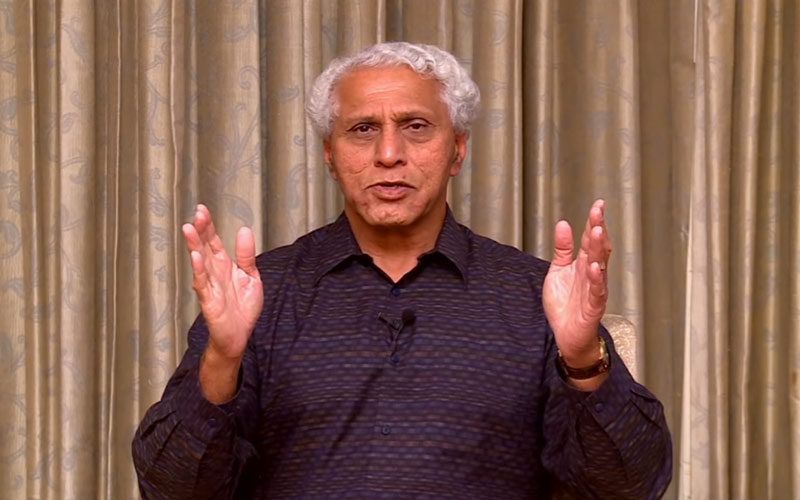 Romesh T. Wadhwani, founder and chairman of the private equity firm Symphony Technology Group, is the richest Indian American, according to the Forbes 2017 Billionaires list.

The Indian-born Wadhwani came to the United States after earning a bachelor’s in electrical engineering from the Indian Institute of Technology Bombay.

Symphony’s portfolio companies have a combined revenue of $2.5 billion and they employ more than 15,000 people worldwide.

The second richest Indian American, according to Forbes, is Rakesh Gangwal, former CEO and Chairman of US Airways Group and Worldspan Technologies, Inc.

Gangwal’s net worth is $2.1 billion, which makes him the 973rd richest on Forbes’ list.

The Kolkata-born Gangwal, is a cofounder of Indigo, a low-cost airline in India, and most of his wealth derived from the airline, which went public in 2015.

Venture capitalist Kavitark Ram Shriram, an early investor in Google, is the third richest from the community with a net worth of $2 billion.

Phoenix, Arizona, -based pharmaceutical entrepreneur John Nath Kapoor, 73, is the fourth richest Indian American, with a net worth of $1.7 billion.

The Amristar, Punjab, -born Nath, who is a graduate of Bombay University and SUNY Buffalo, is ranked 1,234th globally.

He is the founder of Akorn Pharmaceuticals and Insys Therapeutics

Bhusri, a member of the board of directors of Intel, is worth $1.3 billion. The Brown University grad is ranked 1,567 worldwide.

Sheth, whose net worth is $1.1 billion, is the youngest Indian American billionaire at age 41.

Desai, 64,who was worth $2.6 billion last year, lost more than half his wealth in a year. According to Forbes, he is now worth $1 billion. He lives in Fisher Island, Florida.

The richest South Asian American on the Forbes’ list is Pakistani American Shahid Khan. The auto parts industry mogul and owner of NFL’s Jacksonville Jaguar is worth $8.2 billion. The 66-year-old Khan, who was born in Lahore, is ranked 158.