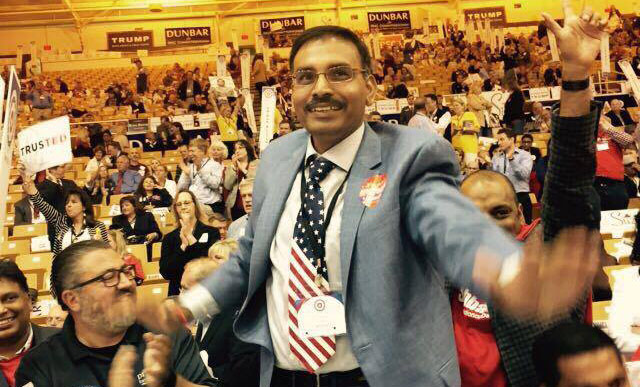 Indian American Subba Kolla on Thursday announced that he is officially the GOP nominee for the Virginia House of Delegates 87th District.

Kolla was the only candidate to meet the statutory requirements and if elected, the well-known community activist, would become the first Indian American to serve in the Virginia General Assembly.

“As an immigrant who came to this country in 1997 with hopes and dreams of a better life for me and my family, I am very grateful for this huge honor bestowed upon me,” Subba Kolla said in a statement.

“As the Republican nominee for 87th District, I will work every day to communicate why we need new representation in Richmond. My priorities: Lower taxes and fewer regulations for Virginia’s  working families and small business, better transportation solutions for our growing region that will increase our quality of life – maintaining and continually improving our educational system – with a focus on our teachers and students,” Kolla said.

Kolla immigrated to the United States in 1997 along with his family, after receiving his Masters in Mechanical Engineering from the Indian Institute of Technology and teaching the same on the collegiate level for six years. His primary aim was to give their two new-born daughters the best education and opportunity.

He became an American citizen in 2008 and owns a successful real estate business in South Riding.