Video has received 8.6K Shares and over 514K views. 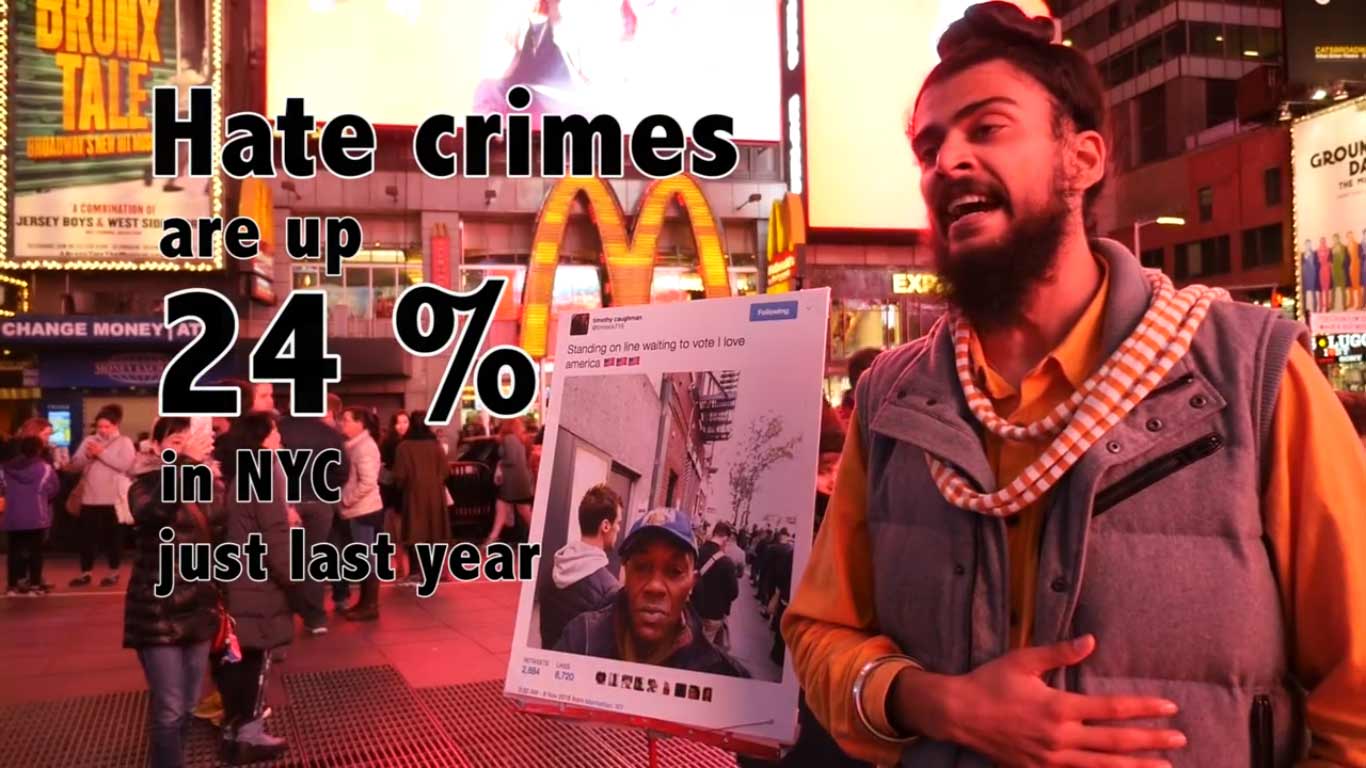 When 23-year-old Angad Singh, a Sikh American, tied his religious turban in the center of New York City’s Time Square, onlookers were amazed at his act. But for Singh, it wasn’t just an act but a protest to create awareness about the increasing number of hate crimes meted out to blacks and minorities in the US, which he says is the result of ignorance.

After tying his turban, Singh said that the act was a tribute to Timothy Caughman, a 66-year-old African American who was killed in an apparent hate crime on March 20.

A Facebook post of Singh says, “Timothy Caughman was killed with a sword in an act of terrorism last Monday. I tie my turban in his memory, and in commitment to always fight for every American’s right to be free to be themselves.”

He told the people who gathered to see his act that it was only because Caughman’s skin was black that he got murdered. The alleged incident happened just a few blocks away from the Times Square. The White House has till now refused to call the murder of Timothy Caughman a hate crime.

According to the official estimate, the hate crimes reported in the New York City has increased 24 percent in the matter of one year.

Singh concludes his Facebook post saying, “There is a growing epidemic of hate in this country. It can only be fought with love. Please share this in his memory.”

Facebook post alongside with the video has received 8.6K Shares and over 514K views. Singh is an employee of VICE News, a current affairs channel, producing daily documentary essays and video through its website and YouTube channel.

While tying the turban in the center of Times Square, Singh said he is putting his life at risk every single day as the religious symbol unfortunately makes him vulnerable to racist attacks.

“I tie my turban in his (Caughman) memory, and in commitment to always fight for every American’s right to be free to be themselves,” Singh said.