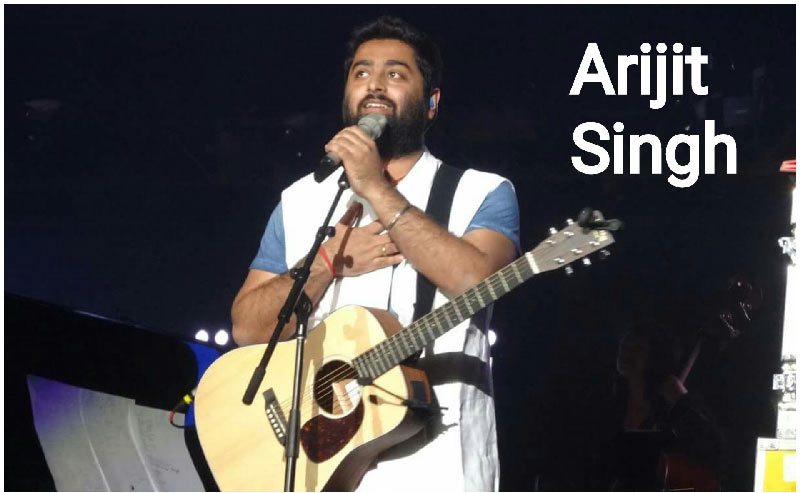 Fairfax, Virginia – All roads led to the EagleBank Arena, Friday night, as thousands thronged to hear award-winning Indian playback singer Arijit Singh, live in concert.  His is the voice synonymous with a generation, and it was amply reflected in the unprecedented response.

With over 8,000 fans packing what was formerly known as the Patriot Center, on the sprawling campus of the George Mason University, the concert set a record for musical shows in the Washington area.  It has raised the bar so high, audiences may never feel the same again!

A few days shy of his thirtieth birthday on April 25, Arijit has aced the art of soulful singing.  On stage, he was more upbeat in tempo, style and substance given the mood of the sizable crowd geared up for an entertaining evening.  Sporting a neatly trimmed beard, he looked dapper in blue jeans paired with a tee-shirt and sleeveless white jacket on which he proudly displayed a lapel pin of the Indian tricolor.  A singer par excellence, he rendered one super-hit song after another in a rocking three-and-a-half hour concert organized by Vijay Taneja of Elite Bollywood Entertainment, the pioneer of musical and mega-star shows, featuring Bollywood celebrities, in the Washington area.

It was a magical, mesmerizing evening – one which came after a very long time!

Arijit was accompanied by a 45-member Grand Central Symphony Orchestra and four talented singers, two of each gender, from India who complemented his immense vocal prowess.  The lights, sound, special effects were all extraordinary adding to the exceptional quality of the event.

Arijit began with the title song of ‘Ae Dil Hai Mushkil’ and ended with a chart-topping number from the same film – ‘Channa Mereya’. 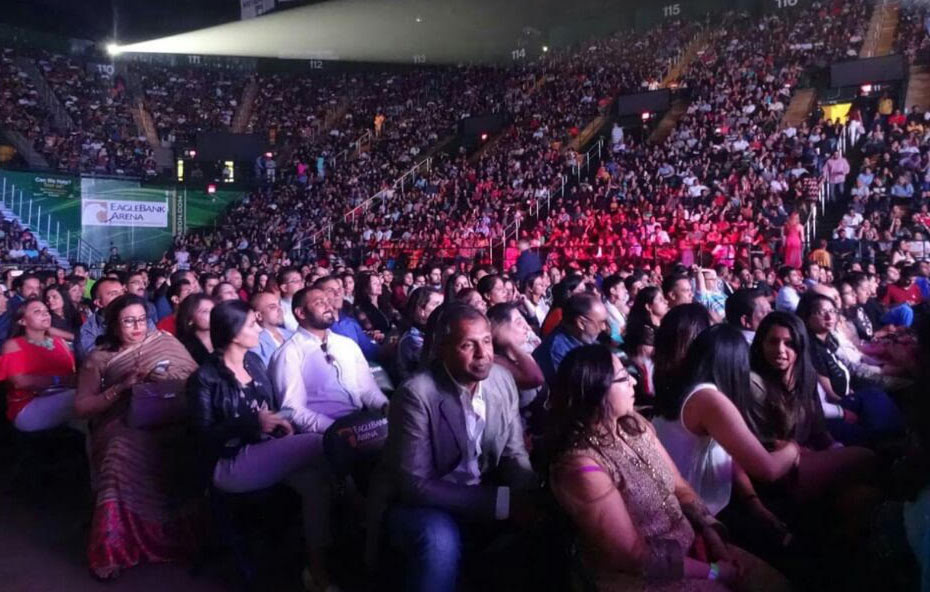 The concert opened on a vibrant, colorful note with nineteen talented students of Studio Dhoom performing folk dances set to popular film songs.  The dance school’s founder and artistic director, Aanal Sheth, informed us that the students were in various grades from elementary to high school.  “These kids are a powerhouse of talent”, she said, adding that the act was enhanced by authentic costumes and choreography. 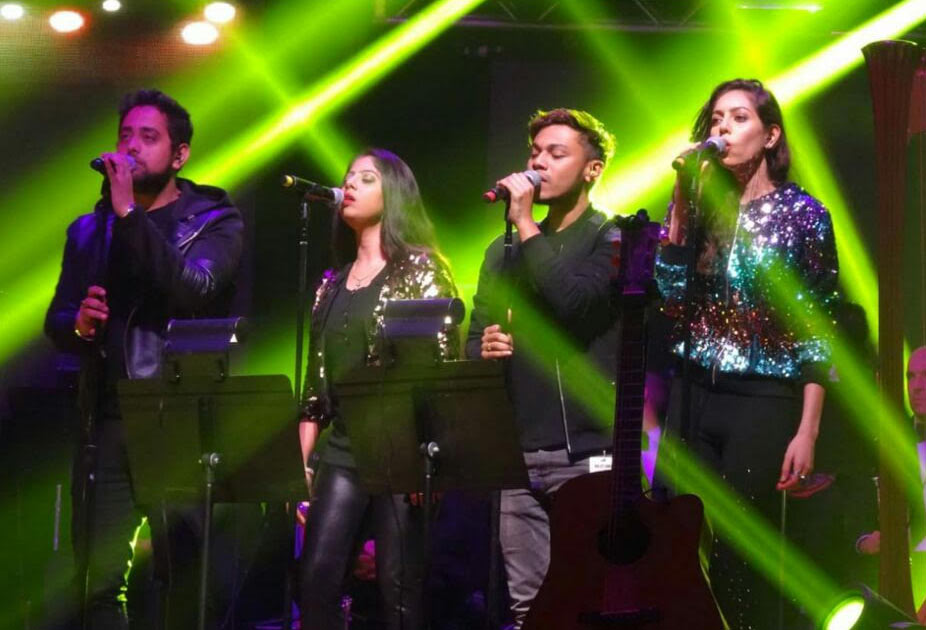 Samhita Gupta, an 11-year-old student of Studio Dhoom’s Juniors Bollywood class, couldn’t contain her euphoria.  “I am so excited to perform at the event”, she said, prior to the concert.  “It will be a dream to do so at my favorite singer’s concert”.

Tarun Donipati, a student of Ashburn-based music school Notesnbeats, held his own in a melodious rendition of ‘Mitwa’ (Kabhi Alvida Na Kehna).  The 15-year-old who attends Chantilly High School was warmly applauded by the audience.

Arijit Singh and his team are currently on an eight-city tour of the US with Washington/Fairfax being fourth on the itinerary, after Atlanta, Chicago and San Jose, and followed by Newark, Dallas, Houston and Austin.  It is a fairly short tour, about three weeks in duration, from April 7 to 29. Given the tremendous response, it could very well have been extended.

When we queried Roshni Suchde, national promoter of the concert tour together with Natwar Thakkar and Bipin Patel, about the duration, she replied that Arijit prefers to perform in a few cities.  Easily the busiest playback singer today, he can’t stay away from India and the recording studios for too long, she explained.

He sprung into the limelight at the tender age of 18 when he emerged as one of the top contestants of Sony’s reality television show, ‘Fame Gurukul’.  The journey was not without a struggle and when he tasted success with ‘Phir Mohabbat’ and ‘Duaa’ in 2011, it was all the more sweeter.  He was making it on his own merit! And that really sums up his career, thus far.

Arijit is humility personified.  At the conclusion of his concert here, he knelt down, his forehead touching the ground, as a mark of respect and gratitude to an adoring audience.

Clearly elated by the tremendous response that he and his troupe received from the Washington crowd, he said, “We loved every bit of it.  Thanks for your love, support and immense energy”.