Ramesh Kumar was the third Indian American to be killed over a 24-hour period. 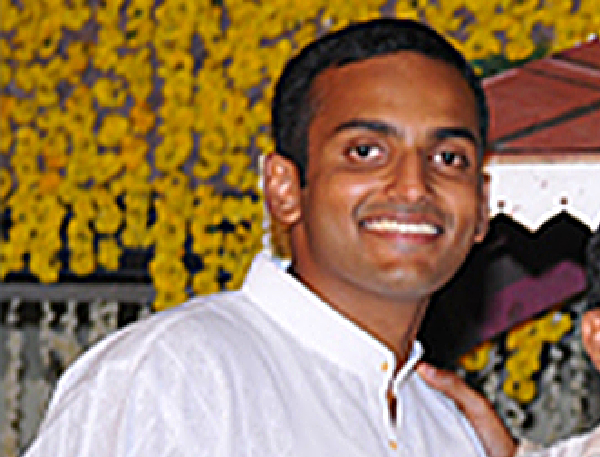 Ramesh Kumar, a 32-year-old Indian American physician, was found shot dead in the passenger seat of his car on a highway near Detroit in Michigan on Thursday.

He was a research fellow at Henry Ford Hospital’s Vattikutti Urology Institute.

Police found Kumar’s body after his father reported that his son, who left for the hospital on Thursday morning, hadn’t reached work.

He is the son of Dr. Narendra Kumar, a former President of American Association of Physicians of Indian Origin (AAPI).

An autopsy has been conducted on Kumar’s boty. Police are yet to reveal the motive behind the murder.

A relative of the Kumars from Alappuzha, in Kerala, told the local Malayalam media that the family was informed of Kumar’s death on Friday morning.

According to reports, a colleague at the urology department notified Narendra Kumar that his son had not showed up for work. The father tried to reach the son on phone and sent several text messages. After getting no response from his son, Narendra Kumar reportedly drove to his apartment, which was found empty.

This prompted Narendra Kumar to lodge a complaint with the police. The police apparently asked him to wait as he was missing only for a few hours.

Hours later, after he didn’t get any response from his son, Narendra Kumar once again approached the police, who conducted a search operation that found Kumar shot dead in the passenger seat of his car that was parked on the highway in Michigan. Kumar’s body was identified and the police informed the parents.

Kumar’s family has confirmed that his funeral will be held on Monday. A prayer service will be held at the family’s residence in Freeland, MI, on Sunday.

According to his father’s personal website, Ramesh Kumar graduated from Cranbrook-Kingswood High School in Bloomfield Hills, Michigan, and attened Boston University. He earned his medical degree from Amrita Institute of Medical Sciences in Kochi, India.

Kumar had a sibling, Sarada.