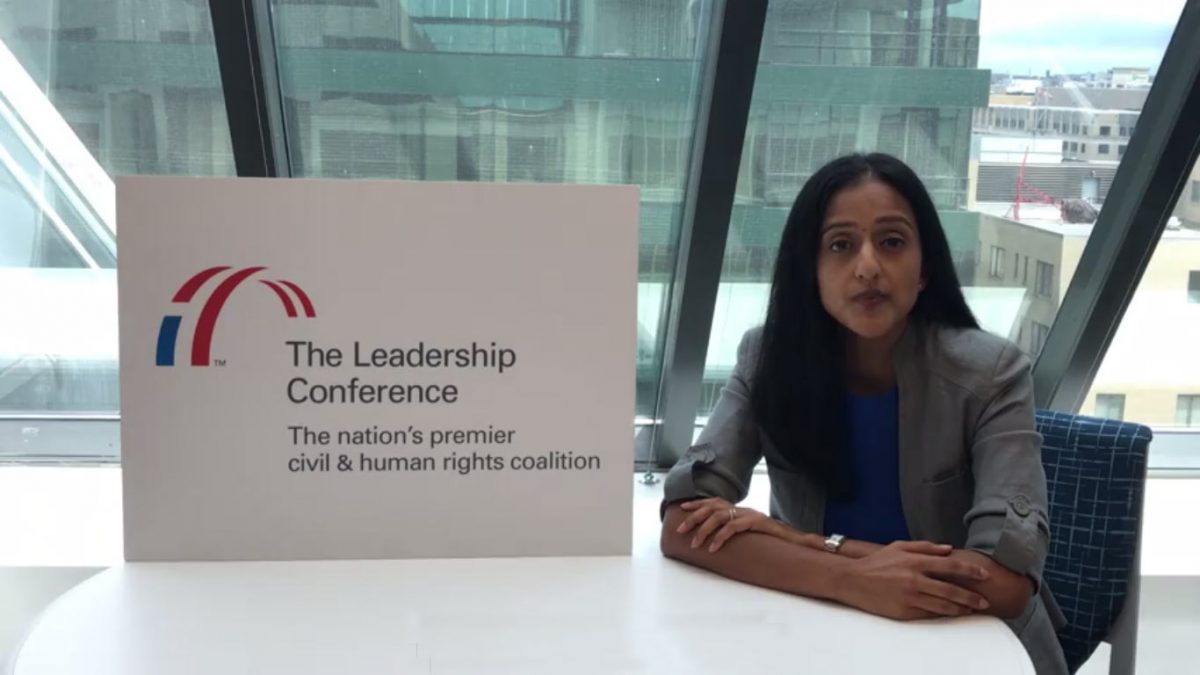 The Leadership Conference on Civil and Human Rights has condemned the announcement by the Department of Homeland Security (DHS) that it was rescinding the memorandum that created the Deferred Action for Parents of Americans and Lawful Permanent Residents (DAPA) program.

Leadership Conference on Civil and Human Rights is a coalition charged by its diverse membership of more than 200 national organizations to promote and protect the rights of all persons in the United States.

Vanita Gupta, president and CEO of The Leadership Conference on Civil and Human Rights, issued the following statement, “Given the mass deportation efforts undertaken by President Trump since taking office, it is tragic, but not unexpected, that the administration would rescind the DAPA program. This shameful act means that there will be no reprieve for hard-working undocumented immigrants whose children are U.S. citizens.”

“While DHS says that DACA remains in effect, there are examples of DACA recipients being detained and deported, despite not having anything in their records that would make it necessary. While this latest change may play well to the President’s political base, this cold-hearted move will tear apart families and remove those who are contributing their communities,” she added.

“DACA and DAPA came about because Congress was unable to move forward on common sense immigration reform, despite the Senate’s passage of a bipartisan bill. If Congress is unable to act, the executive has an obligation to offer solutions where possible. That is the humane, and American, thing to do,” she said in the statement released on Friday.