Lone is being produced by Mowgli Productions. 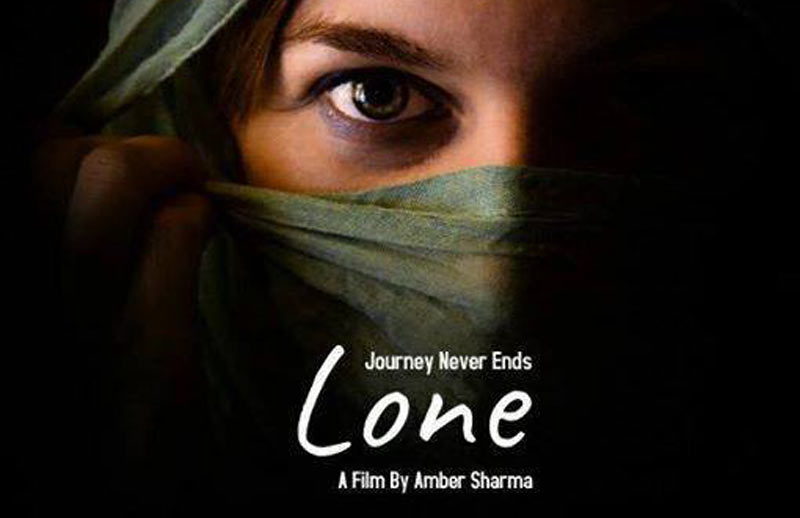 Amber Sharma, wildlife photographer and filmmaker, is gearing up for his next film Lone, which will be a survival genre. In an interview, he talked about his upcoming film, his professional journey, and his views about content-driven films.

Amber’s banner Mowgli Productions had Co-Produced American Film The Man in the Maze that released in India on September 2, 2011.

Earlier, he had directed a documentary on snow leopards for which he worked in extreme conditions. The documentary was shot in minus 20 to minus 30 degrees of temp at the altitude of 15000 feet.

Sharma recently released the first look of the film Lone, and while talking about the film, he said, “It’s a survival genre film. We will completely shoot this film in Kyrgyzstan, a country in central Asia which was earlier part of Russia.”

Lone revolves around a girl who tries to escape from her kidnappers in the forest and how she survives in this journey without food, water, and clothes.

The film is currently in pre-production stage and the shooting will begin in August. The film will be primarily in English but it will also be dubbed into Hindi and Bengali.

“We are planning to present this film in various film festivals. We will release the film in India and abroad as well,” said Sharma.

Talking about his professional journey, Sharma said, “I started my career in wildlife photography and then, I turned Director of Photography (DOP). I have produced and directed many documentaries, and I have co-produced some films as well”.

Talking about the commercial viability of films, he said, “When I decide to make a film, I not only consider commercial viability of the film only in India but I consider foreign market too. I feel audience who ages above 30 years are star driven, but now younger generation likes to watch films which have strong scripts. Movies like Fukrey and Tere Bin Laden were with no stars, but it became successful only because of its content. When we have stars in the film, we have to make adjustments and compromise according to their comfort and in that process we lose our creativity and art.”

Sharma added, “Today, in world cinema also, films get successful most of the time because of its concept. It is worldwide accepted fact. When our filmmakers will go beyond melodrama and romance then they can earn huge profits worldwide cinema.”

Sharma has also produced Hindi film Mumbhai Connection. Lone is being produced and presented by his home production Mowgli Productions.