The report also pointed out that Muslim and Dalits are often attacked by so called “cow protector” vigilantes. 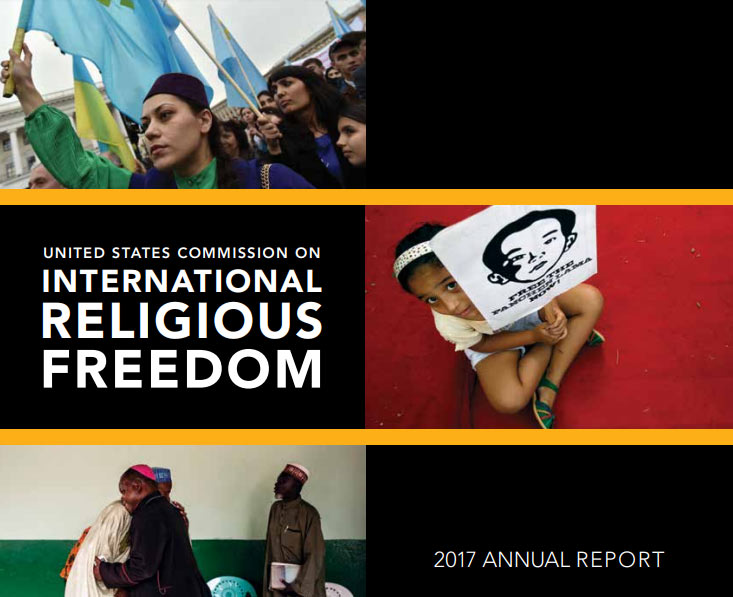 The US federal government commission, which was created by the international Religious Freedom Act of 1998, named Rashtriya Swayamsevak Sangh (RSS), Sangh Parivar, and Vishva Hindu Parishad (VHP) as the flag bearers of religious intolerance in 2016.

“During the past year, there were numerous reports of harassment and violent attacks against Muslims by Hindu nationalists, including local and state BJP members. Members of the Muslim community report that their abusers often accuse them of being terrorists; spying for Pakistan; forcibly kidnapping, converting, and marrying Hindu women; and disrespecting Hinduism by slaughtering of cows. Members of the Muslim community rarely report abuses because of societal and police bias and police and judicial intimidation by the RSS,” the report said.

The report also pointed out that Muslim and Dalits are often attacked by so called “cow protector” vigilantes, the Hindu nationalists, for allegedly slaughtering, selling, or consuming cow products. It mentioned several incidents, including the July 2016 incident of Gujarat’s Una, as example for this.

It also mentioned the attacks against Christian and Sikh minorities. The report highlighted the the plight of Scheduled Castes and Scheduled Tribes.

“These violations were most frequent and severe in 10 of India’s 29 states. National and state laws that restrict religious conversion, cow slaughter, and the foreign funding of nongovernmental organizations (NGOs) and a constitutional provision deeming Sikhs, Buddhist, and Jains to be Hindus helped create the conditions enabling these violations,” the report read.

The report, which placed India on the tire 2, where the country has been since 2009, criticized BJP for its ties with the Hindu nationalists groups.

It said, “While Prime Minister Narendra Modi spoke publicly about the importance of communal tolerance and religious freedom, members of the ruling party have ties to Hindu nationalist groups implicated in religious freedom violations, used religiously divisive language to inflame tensions, and called for additional laws that would restrict religious freedom.”

The report continued, “These issues, combined with longstanding problems of police and judicial bias and inadequacies, have created a pervasive climate of impunity in which religious minorities feel increasingly insecure and have no recourse when religiously motivated crimes occur.”

USCIRF researches and monitors international religious freedom issues and is authorized to travel on fact-finding missions to other countries and hold public hearings. The commission is composed of ten members, in which three are appointed by the President. From 2001 to 2010, USCIRF placed India on CPC and watch list and most of the annual reports were widely debated across the country.