The Embassy posted three short videos of poetry and together they have crossed over 100,000 views. 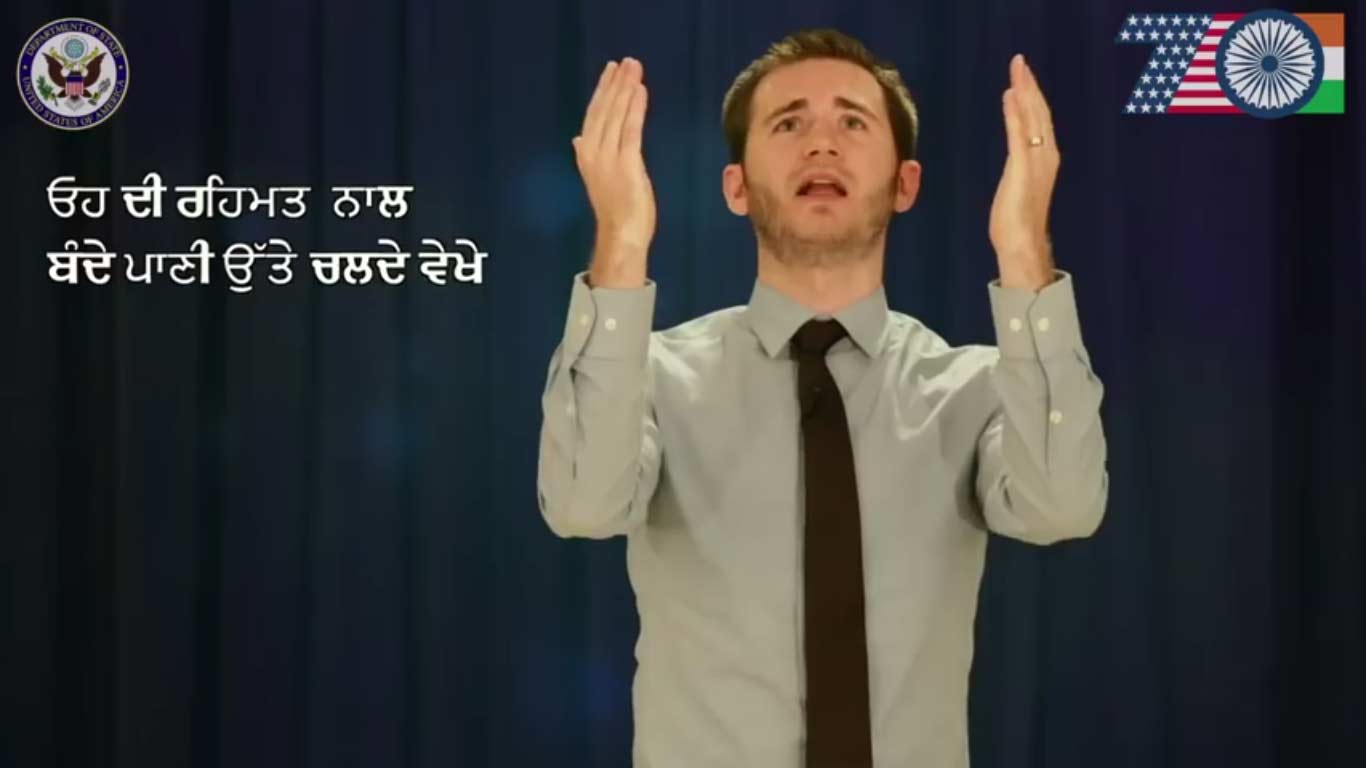 The US Embassy India is celebrating September as the month of US-India friendship, and the diplomats are busy showcasing their respect by reciting Indian poems and taking road trips.

The last two weeks have been busy for US diplomats in India as they were learning Indian languages such as Hindi and Urdu to recite the poems of Ghalib and Dagh.

The time taken by the US diplomats to learn Indian poems seems to have paid off as the video posted by the US Embassy on its official Facebook handles have received an overwhelming response.

The Embassy posted three short videos of poetry and together they have crossed over 100,000 views.

The Hindi poetry of Sohan Lal Dwivedi, sung by Major Smocks from memory on the Hindi Diwas, received over 65,000 views, 1,404 shares and 7000 likes of on Facebook, making it the most popular poems sung by the diplomats.

The classic poem was once again shared in Hindi by the embassy, which received over 33,000 views and over 2.7 k likes.

US Embassy consular officer Jake recited a Punjabi poem by Bulle Shah. The video received 24,000 views and over 2.1 k likes.

“With our #USIndiaDosti initiative, we want to showcase the appreciation, fascination, and respect our U.S. diplomatic community has for Indian culture, traditions, and languages. It is our people-to-people ties which serve as the bedrock of the U.S.-India relationship and that is expressed through our mutual respect and appreciation for each other’s culture and traditions,” said Ms. Gouri Seetharam, Assistant Information Officer, US Embassy in New Delhi.

In addition to the videos of diplomats singing Indian language poetries, the embassy also conducted a road trip across Delhi in which diplomats in their Royal Enfield Bullets hit the road to discover more of India.