The resignation of Health Secretary Tom Price over his luxurious official trips has given an opportunity for Indian Americans Seema Verma and Bobby Jindal to be his possible replacement.

Seema Verma currently serves as the administrator of Centers for Medicaid Services, a division of US Department of Health and Human Services that runs health insurance programs covering more than 130 million Americans.

Verma, who was the CEO of health policy consulting company SVC Inc., was the chief architect of Healthy Indiana Plan (HIP), which was the country’s first consumer-director Medicaid program.

A close aide of Vice President Pence, Verma is also one of the chief architects of the failed Trump Care. When Verma was announced as the administrator of CMS, Indian American representative had strongly opposed her elevation stating that she disagrees with her ideas to cap & cut Medicaid and her views on maternity coverage. 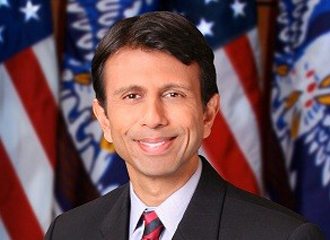 Another Indian American Bobby Jindal, who was the 55th Governor of Louisiana, a former Congressman, and a former vice chairman of the Republican Governors Association, is also being viewed as a likely choice for the position. “Former Louisiana Gov. Bobby Jindal and Food and Drug Administration commissioner Scott Gottlieb are also seen as potential candidates,” well-connected Axios reported.

According to reports, Jindal’s prior experience with health care is what is making him one of the possible candidate for the Health Secretary post.

Before joining politics, Jindal was the president of US Secretary of Health and Human Services, the youngest in its history. He received an M.Litt. degree in political science with an emphasis in health policy from the University of Oxford in 1994.

He became the first ever Indian American governor in 2007 after winning from Louisiana. During his time as Louisiana governor, the state nationally rose to third place in child healthcare screenings, with child immunizations rising. He also introduced new and expanded services for the elderly and the disabled.

Jindal was appointed in 1998 as the executive director of the National Bipartisan Commission on the Future of Medicare, which is a 17-member team that works on drafting plans to reform Medicare.

His first stint with Medicare was as the secretary of the Louisiana Department of Health and Hospitals in 1999.

The White House has announced that President Trump has accepted the resignation letter of Price and has appointed deputy assistant secretary Don J Wright as the acting health secretary until the administration zeroes down on one of the names mentioned.