The astrophysicist won a Nobel Prize for his theory of the evolution of stars. 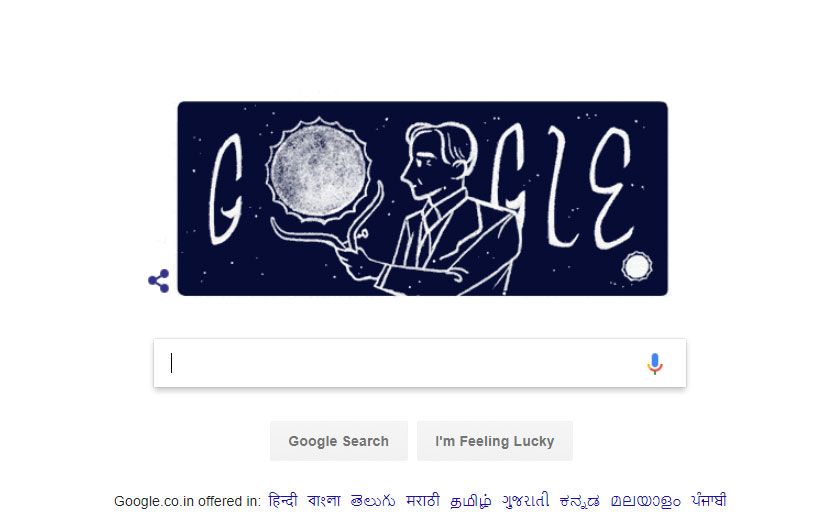 The Indian American astrophysicist Subrahmanyan Chandrasekhar was honored by Google with a Doodle on his 107th birth anniversary.

Chandrasekhar, an astrophysicist, won a Nobel Prize for his theory of the evolution of stars.

Born on October 19, 1910, in a Tamil family, he is the nephew of legendary Indian physicist C.V. Raman.

Chandrasekhar studied at Presidency College, Madras, and at the University of Cambridge. Later, he moved to Chicago, where he served as an editor of The Astrophysical Journal from 1952 to 1971. He was a faculty at University of Chicago until his death at the age of 84. He became a citizen of the United States in 1953.

He was awarded Nobel Prize in 1983 for his studies on the physical processes important to the structure and evolution of stars.

He had developed a theory while he was a researcher at the Cambridge University, known as “Chandrasekhar Limit“, which is marked as his notable work. According to the theory, not all stars would become unstable and collapse in on themselves to turn into white dwarfs.

Chandrasekhar passed away in 1995 due to a  heart attack at the University of Chicago Hospital.