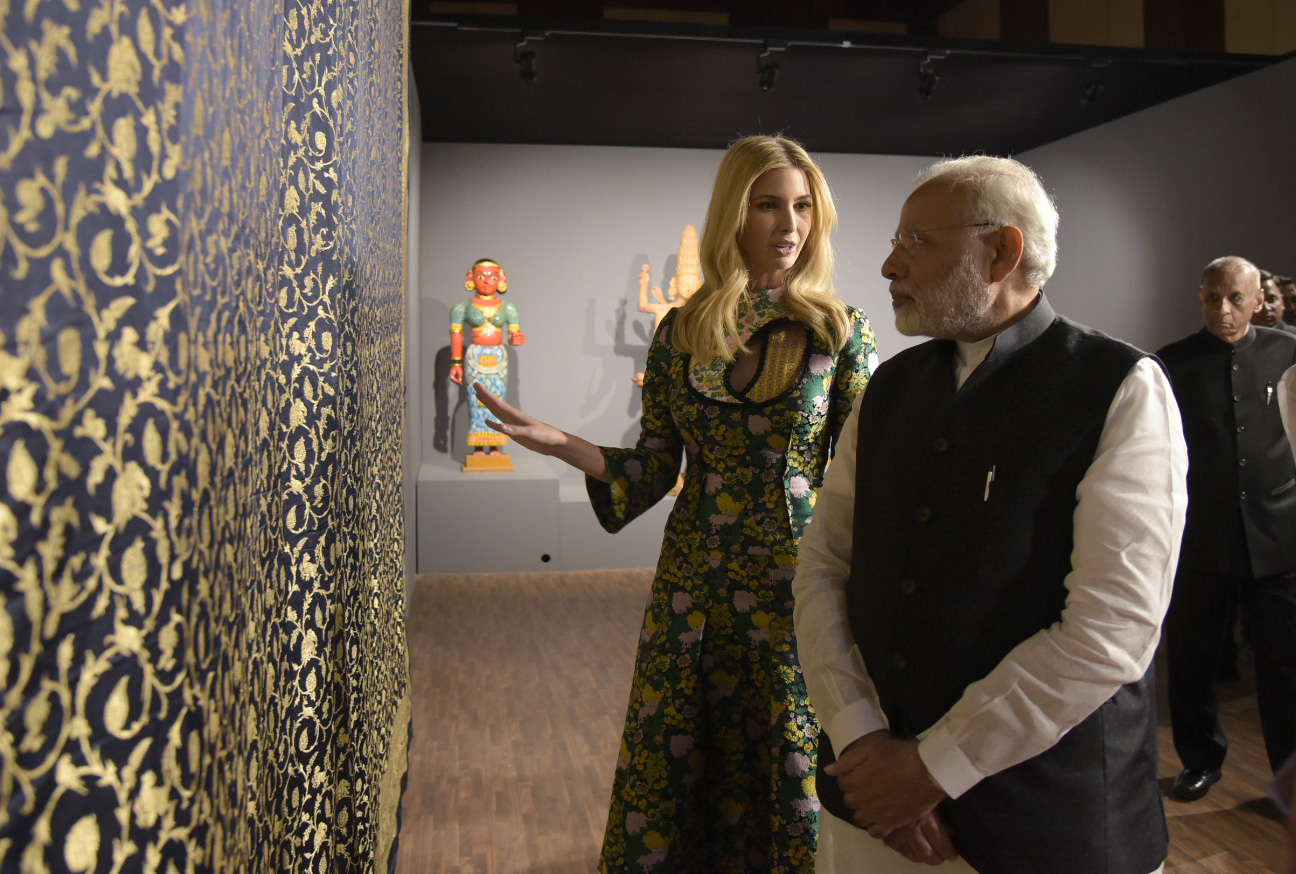 The Prime Minister, Shri Narendra Modi and the Advisor to the President of United States, Ms. Ivanka Trump at the Global Entrepreneurship Summit-2017, in Hyderabad on November 28, 2017. (Courtesy of PIB)A bright, graceful and very smart Ivanka Trump lands in India and starts a new page on mobilization of grassroots entrepreneurialism; a new thinking of massive deployment of digital age platforms to ignite new prosperity around the global and open prosperity for women entrepreneurs. The United States of America and the Republic of India are proud to announce the eighth annual Global Entrepreneurship Summit (GES) in Hyderabad, India on 28-30 November, 2017. The American grassroots entrepreneurialism blends with Indian talents and emerging platforms… and mobilization starts.

But why is national mobilization of entrepreneurialism so critical for smart nations?

Understanding Mobilization of Entrepreneurialism:  Today’s hyper accelerated new global age is not “highest intelligent quotient” driven; but rather “entrepreneurial competency quotient” centric. Many nations around the world have tried very hard to create entrepreneurialism but frequently failed However, these same nations  were able to create well trained armies and high ranking officers because they were all trained in tactical battlefield engagements and by veterans from the real battlefields. Soldiers do not draw pictures of battlefields on whiteboards and run around with water pistols. They live the battles.

The super gateways of artificial intelligence and block-chain technologies are opening high speed super platforms of ‘entrepreneurial mobilization’. The faster the mobilization the sooner the economical turnaround appears. A new world of smart debates around small, medium enterprises is starting to divide new and old economical thinking and the vibrancy of new global age entrepreneurial energy is going to replace the old systems. This is a very serious global shift.

Cold Facts & Warm Realities: All over the world, buzz words like “incubators,” “startups” and “innovation” are already being overtaken by new thunder of “entrepreneurialism,” “mobilization” and “commercialization.” As nations realize that despite enough start-ups and innovation programs there is no dramatic impact on economy. Massive attempts to overnight innovate nations produced mostly scrolls of intellectual property and registered patents collecting dust and absence of commercialization. Struggling start-ups were unable to connect with scale-ups. The lack of entrepreneurialism became clearly visible.

The time to change has already passed it’s now time to mobilize and revolutionize national entrepreneurialism.

Fact: The world can easily absorb unlimited exportable ideas in unlimited vertical markets.
Fact: The well designed innovative ideas are worthy of such quadrupled volumes.
Fact: The entrepreneurial and dormant talents of a nation are capable of such tasks.
Fact: The new global age skills, knowledge and execution are now the most critical and missing links.

Understanding National Prosperity Mandates: What’s stopping this? Why wouldn’t a nation, already blessed with 1000 to 1,000,000 high value entrepreneurs mobilize and showcase them to the world, provide advanced global age skills and tools to grow and quadruple national exportability. It’s not about armies landing on beaches to seek and destroy but about armies of entrepreneurs landing with collaborative synthesizim and innovative skills for mutual prosperity.

What’s stopping this? How can national organizations bring high value insights and debates in the preparation of ‘National Global Age Agenda of Entrepreneurialism & Exportability’ as a systematic and collaborative approach? How can they select, some 100 high profile national qualified candidates anxious to discuss such topics on local TV debates?

The biggest national hidden treasure of country is its hidden entrepreneurial talent; massively un-tapped, un-discovered, and un-commercialized but ready for mobilization.

Massive new digital platforms like combining LinkedIn and Alibaba all as one new umbrella capable of tackling any global trade vertical will shake down all trade associations and key players in that sector. Decades ago, we had Yellow Pages by cities, now you will have Yellow Pages by global trade sectors, colorful and with live interactive face to face virtual engagements and searchable vertical industry umbrella servicing the entire world. AI and block chain technologies are ready to create a new thinking and the question is if the old business world ready to face the truth?

It’s not The Funding: It’s not funding but world-class execution with global age speed. The tools for all such transformations are already available. Study blue prints of “national mobilization of entrepreneurialism” on Google. The global age has already arrived; it’s the global age skills where the problems are hidden. Creating entrepreneurial prosperity is not that difficult but it demands high quality and high speed smartness and execution on entrepreneurial thinking.

Why is Entrepreneurialism taught in class rooms? Armies are not, they are in tactical combats
Why are diversity, entrepreneurialism and women power considered threats? Lack of wisdom
Why global age connected society of Alpha-dreamers is being ignored? They are over 2 billion
Why is Technocalamity; free overflow of technology so feared? It is altering business landscape
Why is soft power asset management so foreign over hard asset thinking? The lack of new thinking
Why are typical conference models becoming obsolete? Push button global thought leadership access
Why is global collaborative synthesizim so misunderstood? Lack of global age understanding

The Trajectory Factors: Globally speaking, mathematically it can be easily proven that by 2030 women entrepreneurs will surpass entrepreneur men all over the world. The trajectory of the current numbers of women students in B schools, incubators and those running or just starting their own businesses points to surpassing everyone in the near future. By 2020 additional 100 million entrepreneurial businesses from India and India will rise. Some 50% plus will be women owned. India could possibly lead in all numbers. All this by no means eliminate the role and significance what men have done and will continue to bring to the table. It’s the power of combination and optimizing gender free human talents as the biggest national assets.

The Technocalamity Factors: Technocalamity is now a global age reality; when tsunami of free technologies overpowers major established businesses while the same technologies allow deployments by new emerging entrepreneurial talents to topple old establishments with simplified models and processes. Examples like Uber and Airbnb by thousands are underway. Study the last 10 earth shattering mobilization that6 changed our world.

FACT: every night, when we fall asleep, three quarter of the world is wide awake; churning, consuming, producing and dancing in its glory. The new hyper accelerated world is spinning without waiting for any one person or one mighty nation.

Great revival remedies are already in place: Refusal to debate and deploy such available programs, points to a lack of superior skills. Organizations and teams will shine if they open up to bold revival strategies. Leadership will get blended with entrepreneurial pace and create a brand new prosperity pace. This is technocalamity intertwined with global collaborative synthesizim and prosperity. In most cases new funding are not the issues; change as the current losses are already there.

Smart nations are already engaged in new thinking, getting ready on deployments and moving ahead.

The fact that Ivanka Trump has taken a leadership role on GES and commitment to mobilize women entrepreneurialism is a fine example of leadership for other nations. A lot more new developments will unfold. Well done team USA and team India.