The license of Uber was canceled after the incident. Later it was set aside by Delhi High Court.

Taxi-hailing technology giant Uber has settled a second lawsuit filed by a woman who was raped by its driver when she was in Delhi in 2014. 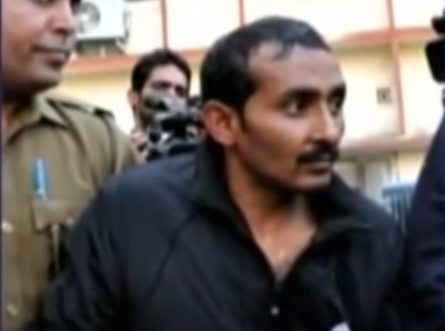 The woman, who is believed to be an Indian American now residing in Texas, alleged that the executives at the company had illegally accessed her medical records and used the same to demean her.

According to a report by sfchronicle.com, the woman, identified only as Jane Doe, has reached a settlement with Uber. The lawsuit was filed against former Uber CEO Travis Kalanick; Eric Alexander, Uber’s former vice president of business in Asia; and Emil Michael, Uber’s former senior vice president for business.

The lawsuit filed in US District Court for Northern California stated that the Uber executives “bought into the narrative of rape denialism which focuses on whether a victim had been drinking, what she was wearing, or whether she knew the alleged rapist, rather than on the very real physical, emotional and financial toll that rape takes on a victim.”

According to the lawsuit, the executives made up a story against the victim alleging that she created the incident in collusion with a rival of Uber in India to undermine its business.

“Uber executives duplicitously and publicly decried the rape, expressing sympathy for plaintiff, and shock and regret at the violent attack, while privately speculating, as outlandish as it is, that she had colluded with a rival company to harm Uber’s business,” the lawsuit said.

“This flagrantly irresponsible, defamatory and offensive theory concocted by Alexander, Kalanick, and Michael has no rational basis,” the lawsuit noted.

Alexander was fired in June, the same month that Michael left the company and Kalanick was ousted as CEO.

Shiv Kumar Yadav, the driver who raped the woman, is serving a life sentence for raping and endangering the life of the woman.

The incident happened on the night of December 5, 2014, when the victim, a finance executive working in Gurgaon, was returning to her house in Inderlok.

The license of Uber was canceled after the incident. Later it was set aside by Delhi High Court.

During the investigation, it was found that Yadav was a serial offender and five cases of similar nature had been registered against him. After he was arrested, the victim filed the first lawsuit alleging that the company failed to maintain basic safety procedures.

The terms of the second settlement have not been made public. Though Uber confirmed that a settlement has been reached, it declined to comment on it.