A Dallas County, Texas, grand jury Friday indicted Wesley and Sini Mathews in the disappearance and death of their adopted daughter Sherin Mathews. The three-year-old was adopted by the couple, both immigrants from India, in June 2016.

Here’s a timeline of the investigation:

The three-year-old Shirin Mathews was reported missing by her adoptive family in Richardson, Texas. Father Wesley Mathews told police that the girl went missing after he ordered her to stand out in the backyard at 3 am as a punishment for not drinking milk.

Wesley Mathews, 37, was arrested and charged with abandoning or endangering child by the Richardson Police Department. He was released after posting a bail of $250,000.

The biological daughter of Sini and Wesley Mathews was removed from the couple’s home by the Child Protective Services.

The Richardson Police, along with the FBI’s Evidence Recovery Team, conducted a search in Mathew’s home. Police revealed that Wesley Mathews’ 2013 Acura MDX SUV was absent from his residence between the hours of 4 am and 5 am, soon after the toddler was allegedly sent outside. Investigators asked the residents and business owners in the neighborhood to review and preserve any video possibly containing the vehicle.

Investigators conducted multiple searches in areas of interest, using drones, as well as K9s. The detectives also working through the video surveillance collected from citizens and businesses that provided the footage.

Investigators recovered body that appears to be of Sherin Mathews from a narrow 75-foot long culvert, underneath a road in Richardson. The body was discovered by search dogs around 11 am Sunday morning.

Sini and Wesley Mathews appeared in court to regaining the custody of their biological child.

Police confirmed that the body recovered from a culvert in Richardson was that of Sherin Mathews, missing since October 7.

Wesley Mathews was transferred to the Lew Sterrett Justice Center, where he was under the custody of the Dallas County Sheriff’s Department. He was placed under suicide watch. His bond was set at $1 million. In the meantime, there was an outpouring of grief over Sherin Mathews’ death in the local community.

Sherin Mathews was laid to rest at an undisclosed location. “Because of the intense press and social media attention in this case, the family chose to keep the ceremony private so that the focus could be on Sherin’s future in Heaven and not on her tragic death on Earth,” the family attorneys said in a statement.

A family court judge in Dallas ruled to move the biological child of Sini and Wesley Mathews out of foster care.

Sini Mathews was arrested and charged with abandoning or endangering a child.

The four-year-old sister of Sherin Mathews was moved out of foster care to live with a relative. 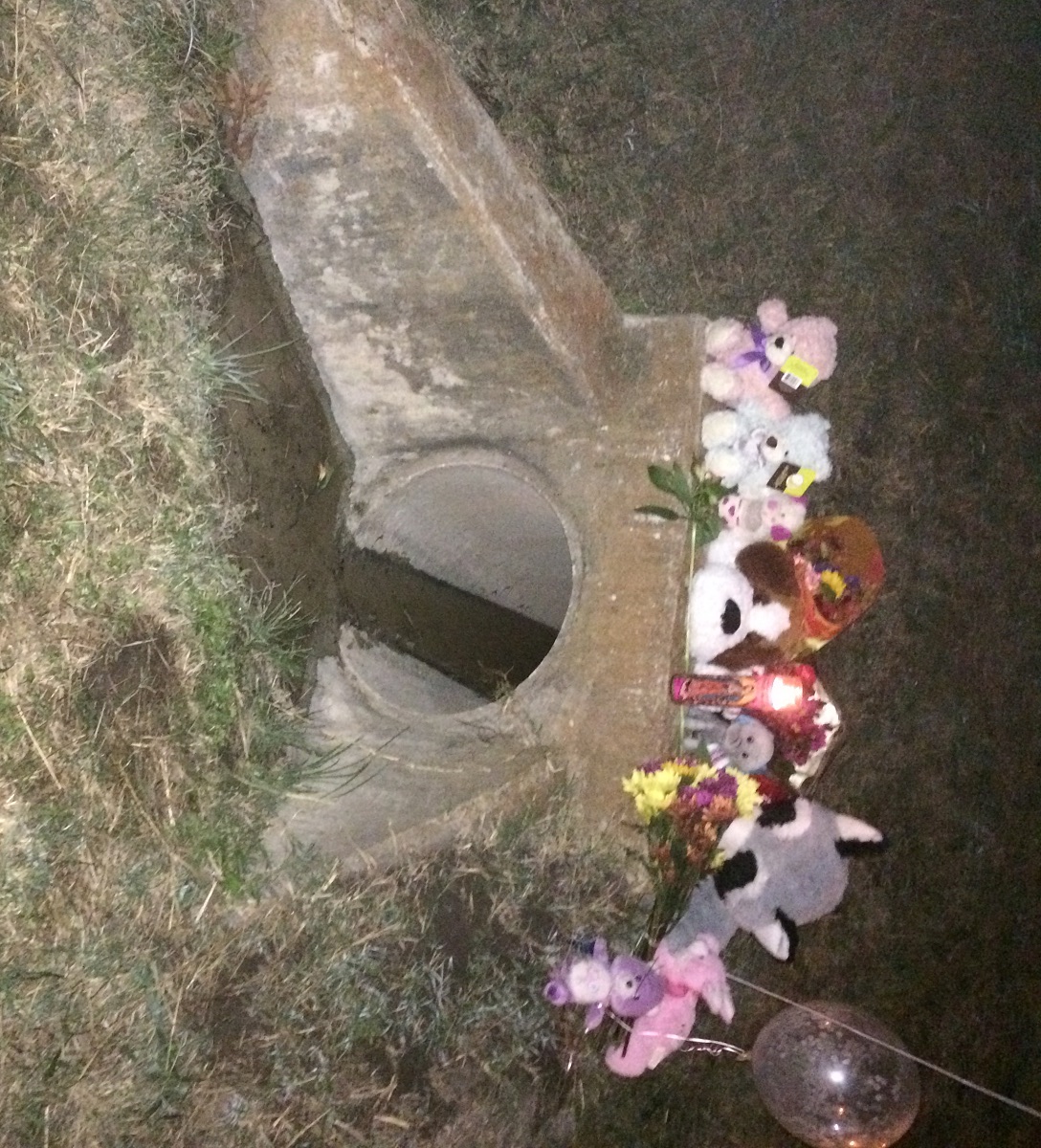 People placed flowers at the Richardson, TX, culvert, where the body of a toddler that appears to be of Sherin Mathews was found.

Dallas County Criminal District Court Judge Stephanie Fargo reduced the bond of Sini Mathews from $250,000 to $100,000. The judge also ordered to put her under house arrest and forced to wear an ankle monitor.

A physician who had treated Sherin Mathews told a court that she had found several bone fractures on the girl. She was testifying at a hearing where the Mathews were seeking the custody of their four-year-old biological child.

A judge ruled that Wesley and Sini Mathews cannot visit their biological daughter, saying they should not have any contact with the child.

A grand jury indicted Wesley and Sini Mathews in the disappearance and death of Sherin Mathews.