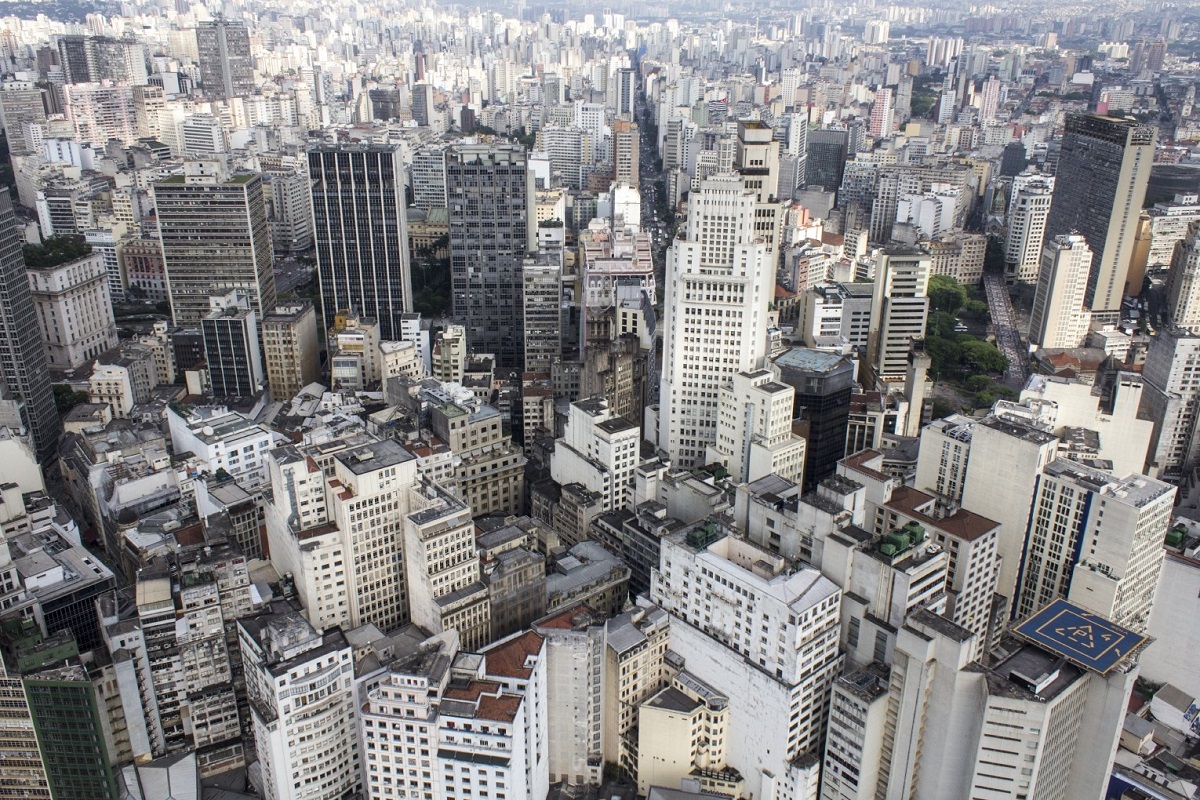 After visiting Rio de Janeiro in the summer of 2016 and Fernando de Noronha at the beginning of February 2017, I decided to visit São Paulo, the most populous city in the Southern Hemisphere. I used to have a Japanese-speaking colleague from São Paulo while I was working at Inter American Development Bank in Washington DC, many years ago. I wanted to visit São Paulo and other parts of Brazil since meeting him.

Brazil is a very fascinating country because of its diverse geography. It has plenty of attractions, among them, the Amazon river that feeds into amazingly vast rain forest, a year-round tropical weather, cultural diversity and a fun-loving, multiracial people.

São Paulo is roughly 340 miles to the southwest of Rio de Janeiro. Every half-hour, there is a flight between the two cities. The round trip ticket for the roughly hour-long trip is about $99, if you book online at least a week in advance.

The state of São Paulo is situated in the southeastern part of Brazil and city of San Paulo is its capital. This is the wealthiest region of Brazil in terms of industrial production and agricultural output. A manufacturing hub, São Paulo exports soybeans and coffee. It is the cultural capital and the major center of higher education in Brazil.

The city of São Paulo was established in the sixteenth century by Portuguese. Its current population is around 20 million people, which makes it the largest Portuguese language-speaking city in the world.

Although it is not a coastal city, there are several nice beach resorts within few hours of driving distance from the city.  The nearest sea port Santos is connected by rail road from São Paulo.

The city boasts several large public parks surrounded by beautiful lakes and ponds. There, one can see people of all ages enjoying the park facilities, walking, jogging and bike riding. There are several nice picnic spots within these parks. My favorite park is the Ibirapuera Park, which is about a few miles south of the city center.

There are three airports in São Paulo. For domestic air travel, Congonhas/CGH is the hub. Located southwest side of the city, it is convenient to travel to city’s business center from there.

Guarulhos/GRU, located northwest of the city, is the international airport. There are daily non-stop flights to GRU from North America, Europe, South Africa and the Middle East. The third airport, Compo de Marte, services the police and military, besides private air flight services. From this airport one can also travel to other remote locations of southwest Brazil by helicopter shuttle services.

I found Uber taxi service more economical than airport taxis and it is available within few minutes of booking from anywhere. I used Uber service extensively for city travel. Public busses and metro train services are well connected for travel within the city. However, one must be familiar with the bus routes and Portuguese language.

Besides native Indians that are in small minority, Portuguese, Italians and Germans constitutes the majority of the original migrant population of São Paulo. The city has sizable Japanese, Jewish and Middle Eastern population as well. Therefore, one can expect variety of restaurants and food that suites all type of world travelers.

I have tasted street vendors that provide exotic and spicy food which are unique and popular among the locals. McDonald’s and Starbucks can be seen everywhere. There are many Indian restaurants as well. The TripAdvisor highly rates Gulab Hari, an Indian vegetarian only restaurant. It is very popular among the local people, serves only lunch up to 3 pm, Monday through Saturday. It has a unique multi course vegetarian menu that starts with some exotic fruit juice and ends with freshly made Indian delicacy dessert. Often one has to wait in line to get in for lunch there.

In comparison to Rio de Janeiro, hotels in the city are more economical and availability is in plenty. Being a large city, I wanted to stay in different areas of São Paulo. I was able to book hotels online without any problem. The hotel I liked the most is “Intercity The Universe”, an executive suites hotel with cozy facilities close to the Paulista Avenue, which is in the financial district and closer to the museums, shopping malls and other city attractions. On Sundays Paulista Avenue becomes a pedestrian only road, and no motor vehicles are allowed. So people flood the street  in carefree manner as there are no traffic jams or road blocks for pedestrians movements.

Every year, the end of February is Carnival season all over Brazil. All offices and shops are closed for several days to celebrate the carnival. People of all ages dress in different color costumes and wear funny looking headgear or hats. It is fascinating to see street vendors sell all kinds of snacks, beer and headgears to carnival enthusiasts. Street singers and music bands are seen playing everywhere. People paint their face to look like animals, or cartoon characters and dance in group before gathering at the carnival’s center location. There the music concerts and dance programs goes on until early morning hours. It was my first visit to a carnival location in Brazil and I thoroughly enjoyed it.

(R.K. Pillai, who is based in northern Virginia, has been in the forefront of information technology and business management for over 30 years both in India and United States.)