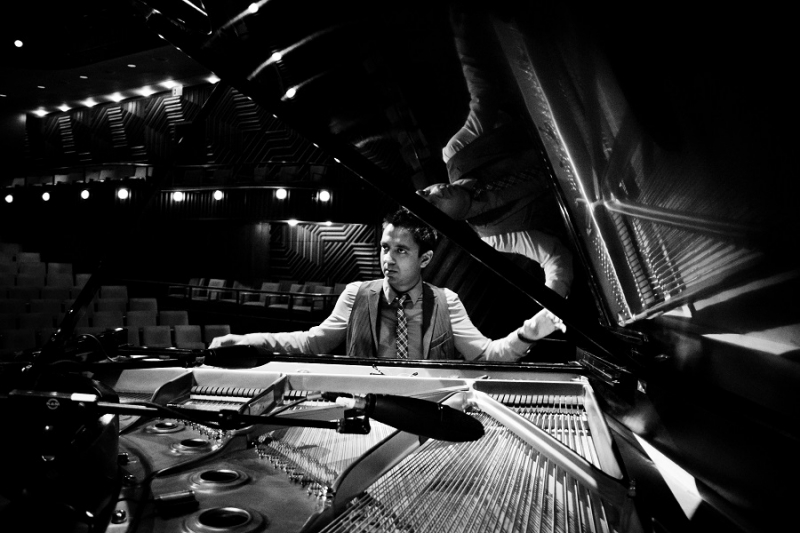 Iyer is a self-taught pianist.

Indian American jazz pianist Vijay Iyer will collaborate with writer and photographer Teju Cole for a spoken prose with a live score event, titled Blind Spot, on February 9 at the Institute of Contemporary Art in Boston.

The 45-year old Iyer, who was named as “one of his generation’s brightest jazz luminaries,” by the Time Out New York magazine, is a Grammy-nominated musician who has fans across the world.

Blind Spot is the title of Teju Cole’s book, which is a synthesis of words and images that delves deep into the intricacies of humanity’s blindness to tragedy and injustice throughout history.

The new collaboration of Cole’s photography and spoken prose with a live score composed by Iyer is expected to garner newere audiences.

According to the ICA, the tickets for the event will be open for all, with fare ranging from $45 for ICA members and students, and $50 for non-members.

Iyer was born in Albany, New York, as the son of Indian parents who immigrated to the United States from the Indian state of Tamil Nadu. Since the age of 3, he received training in violin with focus on Western classical.

Iyer is a self-taught pianist, who had a fascination for pianos which helped him in playing the piano by ear.