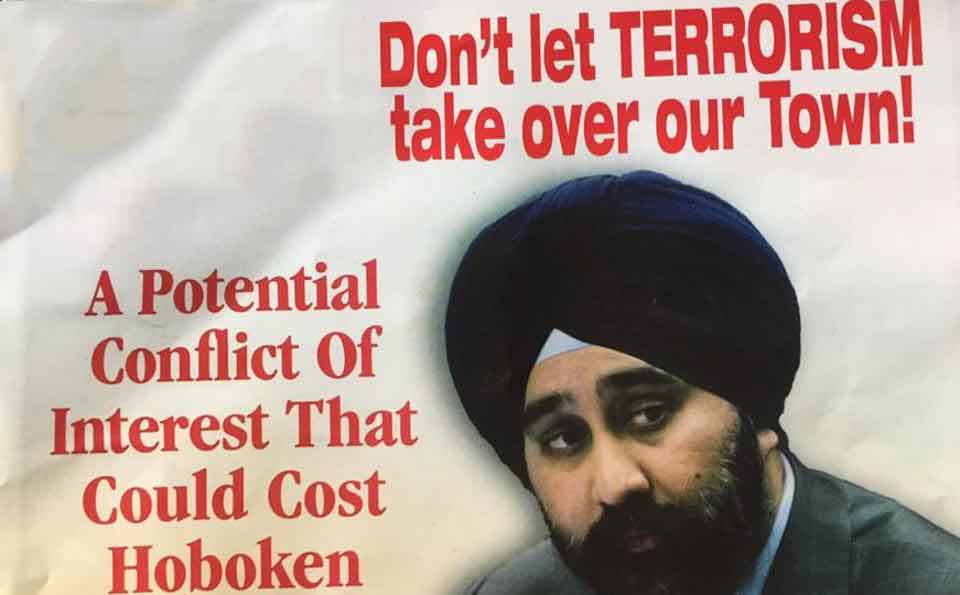 An unknown assailant had thrown a bag into the Sikh mayor’s office last week.

Indian American Ravi Bhalla, who became the first Sikh Mayor of Hoboken City in New Jersey in November last year, received death threats from anonymous people. Bhalla publicly acknowledged the threats made against him and his family on Saturday, nj.com reported.

A man entered the City Hall, where Bhalla’s office is located, and threw a bag into the office on Friday last week. After the security breach, Bhalla issued a statement saying he and his family have received death threats. The city authorities have contacted FBI’s Joint Terrorism Task Force in an attempt to improve the security at the City Hall.

“This incident, along with death threats to me and my family, is an unfortunate reminder that we need to take security seriously,” Bhalla was quoted as saying by nj.com.

“The Joint Terrorism Task Force has evaluated City Hall, and we have been working to implement their recommendations for physical and procedural changes to improve security for all employees in the building,” he added.

Bhalla was not in his office when the security breach happened. A man entered the City Hall building through the Newark Avenue entrance just before 8 p.m. The man, who went through metal detectors, told the security officers that he was going to use the restroom.

The man threw the bag he had carried to Bhalla’s office after entering the building. He escaped the scene when Bhalla’s deputy chief of staff, Jason Freeman, who was alone in the office, noticed his act. The bag was thrown in the direction of the secretary’s desk.

The police have started an investigation and more details are yet to be known.

“We take incidents like these incredibly seriously and will continue working to ensure the security of the mayor and everyone who visits City Hall,” Hoboken Police Chief Kenneth Ferrante said in a statement.

Bhalla, who won the mayoral election to replace current Mayor Dawn Zimmer, was portrayed as a terrorist on a widely circulated flyer on social media before the election last year.

The racist flier, which linked Indian American Sikh to terrorist activities, asked New Jersians not to let terrorism take over their town. “Don’t let TERRORISM take over our Town!” read the text in the flyer.