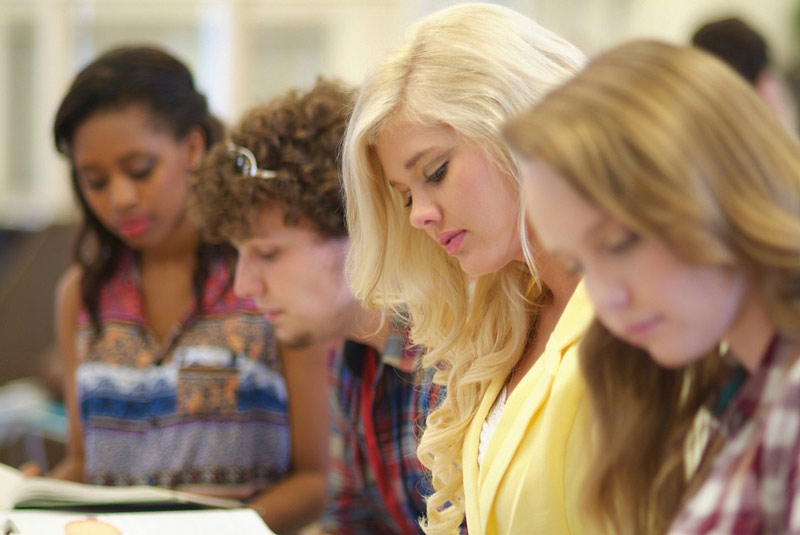 Current gun laws in the United States are absolutely unacceptable.

You’re sitting in the middle of math class and your friend gets up to use the restroom. They are gone for a couple of minutes and when they return you hear a knock at the door. The small glass rectangle in the otherwise opaque wooden door reveals a glimpse of their red hoodie as they knock three times waiting for someone to let them back into the classroom. You would assume someone would go answer the door, right?

The epidemic of school shootings in America has gotten so obscene we are now instructed to not even open doors for classmates. A seemingly simple instinct to open the door has now been revoked due to the plethora of dangers that present themselves due to the copious amount of automatic weapons in American society. Attempting to open the door for your classmate results in an immediate reminder from your teacher not to do so. This rule is not a precaution taken by the school but rather one of many counties as a whole. Their reasoning behind this? In the chance that it is someone armed at the door rather than someone harmless, the teacher should be the first exposed to the risk. This was explained to me when I was twelve years old in my 7th grade history class, it is then I began struggling to comprehend why and how such a vicious problem existed.

In classrooms today, students have become so accustomed to this rule that it is more normal to yell “door!” when there is a knock than to actually open the door. The automatic nature in which we, as students, yell “door!” rather than opening the door ourselves is a very small example that reflects the extent to which the danger of school shooters impacts the daily lives of students in America.

Many other preventative measures are taken; these measures have become so common (because mass shootings have become so common) that they are almost second nature to us. Schools now are required to engage frequently in lock down drills – I have spent about 15 minutes a month in the past 5 years of my life hiding in silence under my desk practicing a procedure I pray I never have to use. Some schools, especially those in cities, have begun using metal detectors at their doors. Even fire drills have been altered to offer a procedure which takes into consideration that it may be a shooter falsely pulling a fire alarm in order to get students all in the same place outdoors. It is important that everyone is aware of the small measures that are taken because the American public needs to understand that this issue is not going away. The rate of mass shootings in America is exponentially growing and this disease will not cure itself.

As a thirteen-year-old I never understood why my parents were so protective of me going to the movies or to the mall. I understand now. The risk of mass murders does not only present itself in a school setting, but almost anywhere in America, even places of innocence: restaurants, churches, movie theaters, and post-offices. There is comparatively limited restriction on gun control in this country; therefore, the extent of damage mass murders can inflict is limitless. The nuances of our day to day lives at school reflect the genuine risk we constantly live in; that risk is not easily, but still is, preventable.

Since the shooting in Florida, the streets have flooded with outcry and protests. Students in unison chanting a wide variety of slogans such as “we want change” – but all protests offer a consistent seventeen minutes of silence for the seventeen lives lost. Many of these student run school walkouts and protests have sparked controversy based on the logic that the youth do not understand how law making and changing works and are only creating chaos and deepening the divide. Those who believe in that logic are failing to recognize that when the youth are not adequately protected and feel unsafe, they will seek their own solution. Clearly, the law makers of this country have failed us, so we have taken it rightfully into our own hands and are demanding immediate action.

There is no easy solution to gun control; it is important to preserve the rights of the people and allow them to protect themselves. However, the recent events in Florida demonstrate that the current gun laws in the United States are absolutely unacceptable. It is uncertain what type of change needs to be taken, but as demonstrated by Florida’s lawmakers who are still refusing to debate assault rifles, the current attitude towards gun control is ignorant and fatal. My heart aches for those who have suffered due to the consequences of mass murders in this country and I hope to one day be able to once again open doors for my peers.