The film, Fall, brings a fresh perspective on America’s anti-insurgent operations and their effects on US operatives. 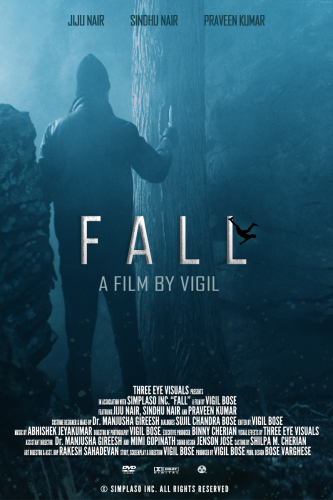 In the movie, Bose, who had the opportunity to observe the lives of many US veterans, portrays the psychological trauma that undercover operatives have to undergo once they return from key missions.

Produced by Three Eye Visuals, the film introduces a number of lesser known Indian American actors based in the Washington, DC, area. The cast, which includes Jiju Nair, Praveen Kumar and Sindhu Nair — actors who would not have been considered to have a mainstream presence from a Hollywood perspective — brings to the fore a subject generally considered to be in the classic mainstream mold.

Bose told The American Bazaar that he wanted to project the need for inclusion of minority actors in American mainstream visual media like movies, TV shows and drama. He pointed out to a UCLA survey that reported that Asian characters made up only 3 percent to 4 percent of roles in scripted broadcast and cable shows in the 2014-15 season.

Fall is a thrilling experience that forces the viewer to rewind again and again in intrigue. The plot revolves around the life of Michael Williams, a former undercover operative who was deployed in tactical combat zones. Upon returning from active duty, he finds himself battling demons on what he has done and what was done to him.

Psychiatry, bias, battle scars and assisted coping are the active themes in this new age psychological thriller. For a short format movie, Fall impresses the casual moviegoer with the use of quality special effects, crisp editing and a fair dose of inspired acting.

Fall will be available for general viewers by end of 2018 on premium video-on-demand channels. More information on the movie is available on the Facebook page of Three Eye Visuals.