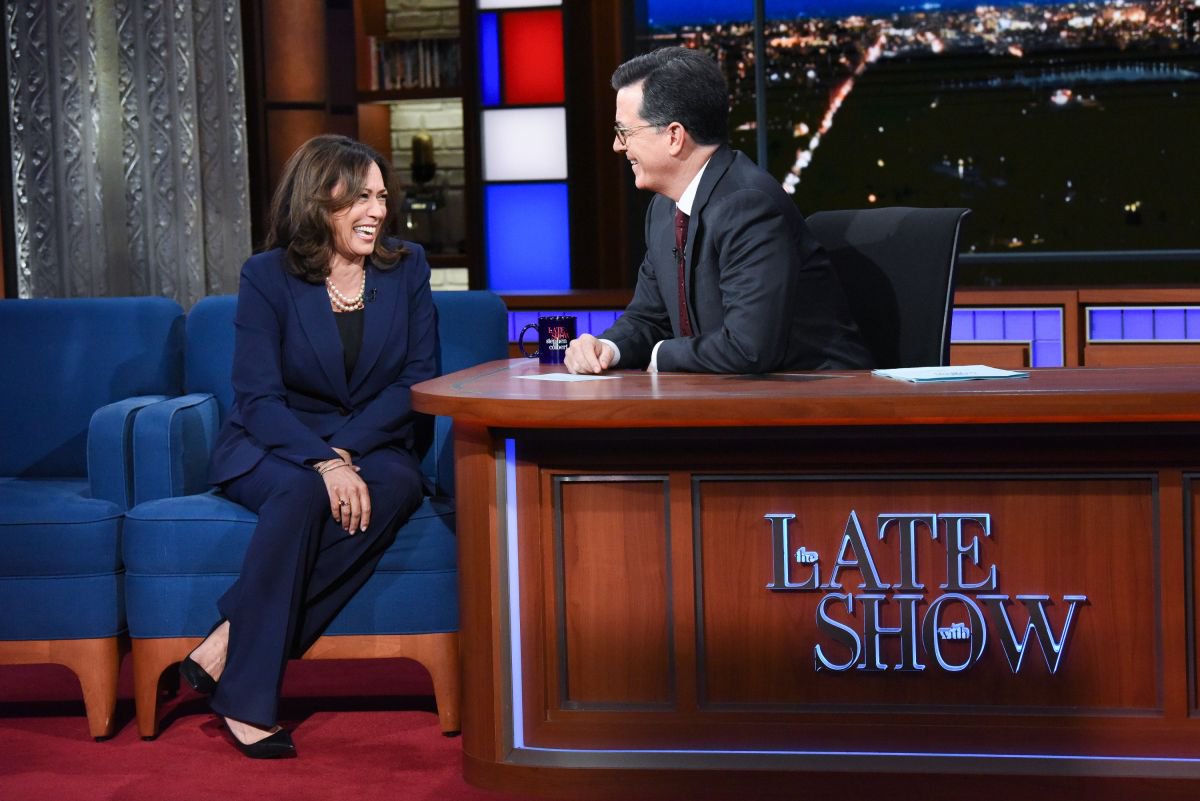 She also added that the United States Senate has only 22 women representatives out of 100, which itself is a historic number.

Indian American lawmaker Kamala Harris was the special guest during The Late Show hosted by Stephen Colbert on Thursday night.

Kamala Harris, who is a strong immigrant advocator and a crusader for the rights of Dreamers discussed the recent developments in the Senate House and answered some “tough questions” posed by Colbert.

Answering to Colbert’s question that whether it is really dysfunctional, Harris said in a lighter note that Congress is a “hot mess.” She also spoke about the historic event that unfolded in the US Senate on Friday when Illinois Senator Tammy Duckworth brought her baby daughter to the floor of the upper chamber marking an end to the longstanding ban on babies in the Senate.

Harris also said that she was posed with various questions about the move of the Illinois Senator with some people asking ridiculous questions such as whether she is going to nurse her baby daughter on the floor etc. The Indian American senator said in The Late Show that she is looking forward to seeing a day when there is a nursery on the side of the cloakroom of the United States Senate.

Sen. Harris: There Is Bipartisan Support For Protecting Mueller

U.S. Senator Kamala Harris says there is bipartisan legislation to protect special counsel Robert Mueller’s investigation. It’s just not being brought to the Senate floor.Watch The Late Show weeknights at 11:35/10:35c on CBS and CBS All-Access!

Posted by The Late Show with Stephen Colbert on Friday, April 20, 2018

She also added that the United States Senate has only 22 women representatives out of 100, which itself is a historic number.

Colbert, calling Harris a tough interrogator, showed a video clipping of her questioning Attorney General Jeff Sessions over the Russian collusion in which he complains to the committee that she is making him “nervous” by interrupting him while answering.

She justified her unrelenting attitude saying that all that wanted was to get the truth out of his (Sessions) mouth and in her long career as a prosecutor, she has seen people trying to evade the questions by not answering to the point.

Colbert then asks Harris that as a Member of the Senate Intelligence Committee does she support the majority closure report that concluded there is no collusion. Harris answered saying that “our investigation is still open.”

Even though she said she cannot reveal much of the findings during the show, Harris said there is also an investigation being done by special council Bob Muller and we have got to make sure that there is no interference by the executive power of the president to hamper it.

She also added that there has been bipartisan legislation that is not brought to the Senate floor for a vote.

Harris also said that the investigation is not important not only because something has already happened but also because of future of the country and for proper elections. Adding further, she said in the show there should be bipartisan support to protect Special Council Muller as it will set an example for the future not to interfere with Special Council just because “you don’t like where they are going”

Stephen Colbert and Kamala Harris also welcomed actor Antonio Banderas to his show on Friday with a musical performance by Snow Patrol.