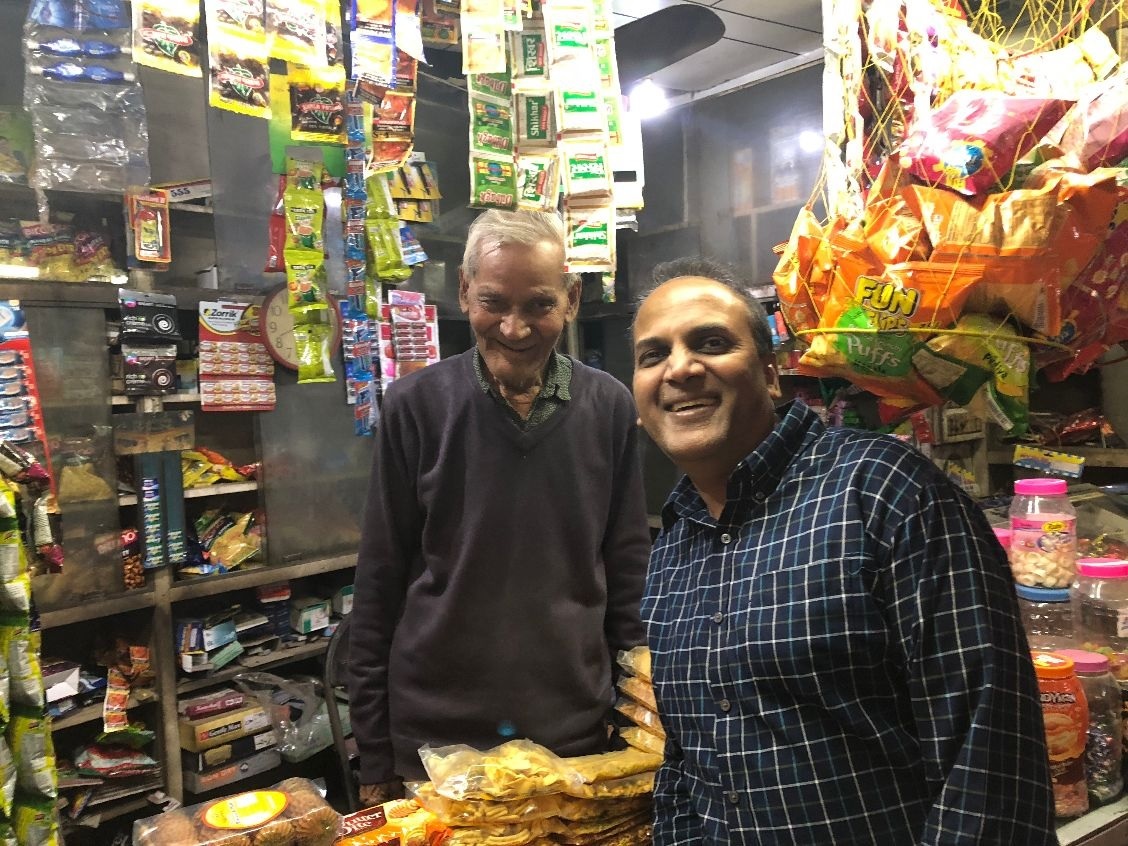 A Bania’s biggest fear about his American-born children: They will pay full price for everything.

As a Bania, my biggest fear about my American-born children is that they will pay full price for everything. I feel that our kids are like innocent calves — too straightforward and too naïve. They grow up in a sheltered environment and are afraid of bargaining. Those of us who grew up in India know that over there it is the survival of the fittest… the fittest bargainer. Life is viewed as a zero-sum game so everything is a bargain, from hiring a coolie at crowded train stations, taking a rickshaw, negotiating with the barber, or haggling with the kabadiwala (the town recycler to get more money) — bargaining is ingrained in our blood. An Indian housewife would be negotiating with a street hawker to throw in a couple of extra zucchini for a lower price. A prospective groom would be bargaining with his would-be-in-laws for a higher dowry, trying to cash-in on his US-based Engineering degree.

I feel that any negotiation course from the best business school in the US cannot prepare my children for the cut-throat competitive environment in India. The only way they can be taught the basics of bargaining is by immersing them in a real life situation under a supervised environment. So to give them a primer on haggling, I decided to take my kids to India so they could learn to save money through bargaining. We were outside the Taj Mahal when a vendor approached us, selling a framed souvenir poster. My 8-year old really liked it, so I asked him for the price. He said, “Rs. 600, Sir.” I did what any astute bargainer would do. I ignored him and kept walking. He yelled from behind, “How much do you want to pay?” I replied, “50 rupees.” At this point my kids were looking at me with horror. They thought any moment this guy will punch me in the face. He didn’t but he yelled colorful profanities that were rather creative and cannot be mentioned here. Another trait of an astute bargainer is that you have to have thick skin. I just stuck in there and in the end we agreed on a price of Rs. 65, about a dollar. I won the admiration of my kids, which was priceless.

When I go shopping in India with my kids, I ask them to keep their mouths shut. If the merchants detect that we are visiting from the US, they increase the price and it becomes very difficult to bargain. A few years ago, we were shopping at Delhi Haat, where artisans and craftsmen sell their goods directly. We walked into one of the stores with my 8 year old son who had been instructed that under no circumstance was he to speak exposing we were from the US. After browsing through, he came to my wife with a T-shirt and gestured at her asking about the price. The lady at the counter saw this and asked my wife, “Googa hai?  Does he have a speech impediment?” My wife found this amusing so she just smiled without saying anything. When we were ready to pay the lady at the counter automatically gave a 10% discount. That was the unintended benefit of perceived disability.

Once I was in India with one of a Jewish friend. I knew shopping on the streets would be very difficult because the street vendors would raise the price several times seeing a foreign face. So I decided to take him to one of the megamalls in Delhi where they generally have fixed prices. However, by force of habit, I still wanted to try bargaining.  My friend chose a kurta and when I asked for a discount,  the salesman said, “It’s a fixed price, Sir.” I said, “Dekho, hum gareeb desh se aye hain. Look, we come from a poor country.” He said, “Haan sahib, dollar to down chal raha hai. Dollar is down these days.”  Still he stuck to the price. I then asked, “Kuch Goray ka discount nahin hai?  How about a white man’s discount?”  He just laughed but didn’t relent. Finally, when we were paying cash, he held the five hundred rupee notes in the air. I said, “Asli hein. Kal hi raat ko photocopy karey hein. They are genuine. Just photocopied them last night.” At which point he cracked up and gave us a 10% discount!

Since I live in the US, it is hard to provide any kind of training on bargaining to my kids. However, there are other tools available to use when you  bargain without facing the wrath of the merchants. For example, Priceline is a great tool to hone your bargaining skills and you can be sure that William Shatner, the Priceline spokesman , is not going to come back with creative profanities like the merchant near the Taj. My best deal so far was at Toronto Pearson Airport where I booked a 4-star hotel next to the airport for $25 a night. Granted this deal was done more than 10 years back and it was in the middle of  winter but for someone to even think of bidding this low and then closing the deal is commendable and gets more than a nod of appreciation from family members.