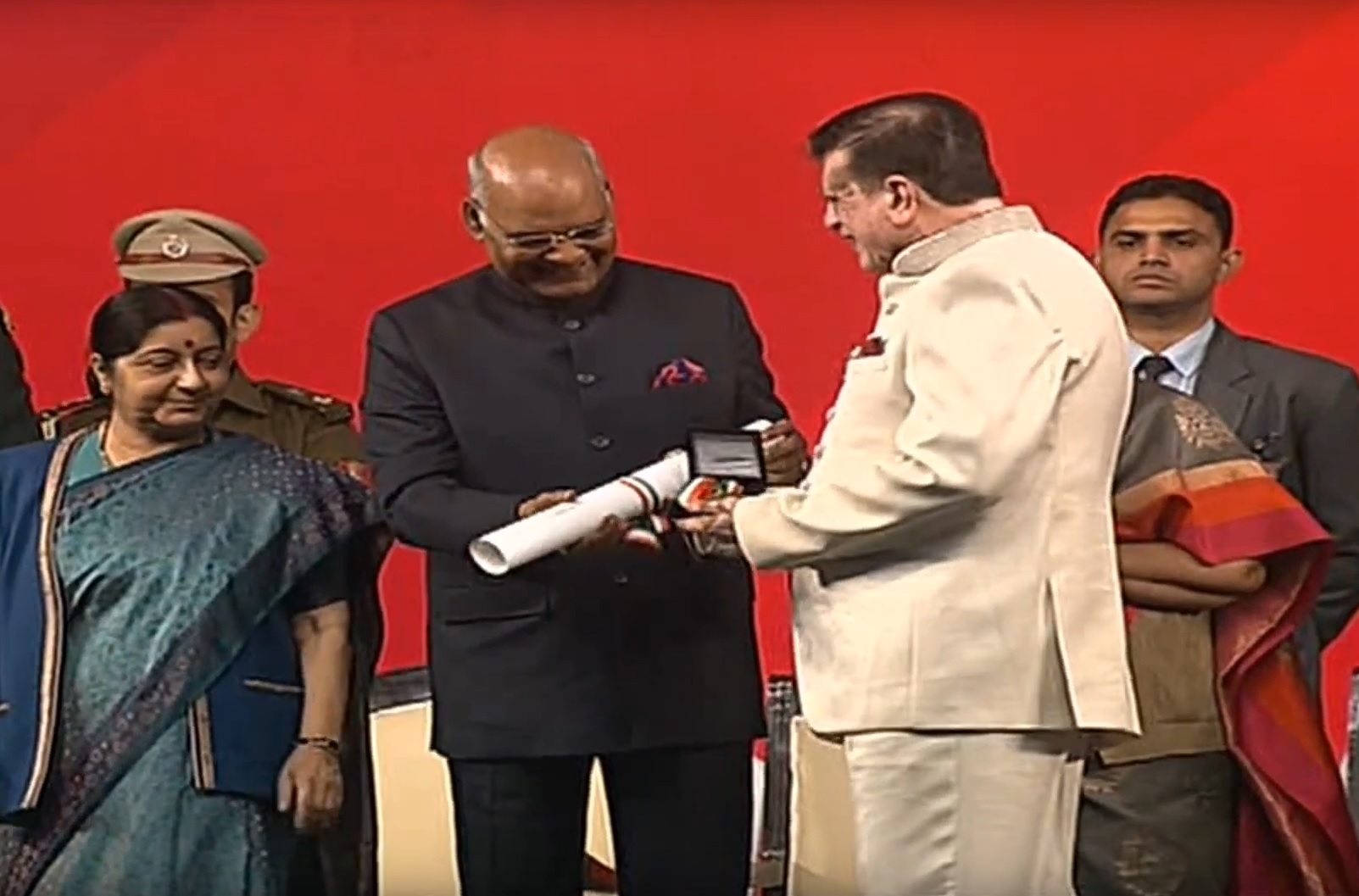 The awards were presented by Indian President Ram Nath Kovind at the 15th Pravasi Bharatiya Divas in Varanasi on Wednesday.

Besides the four Indian Americans, 24 other prominent personalities from the Indian diaspora worldwide received the awards.

Patel, who was born in Zambia and earned his medical degree from India, received the award in the Medical Science category. He and his wife, Dr. Pallavi Patel, have committed more than $250 million to various philanthropic causes, mainly in the areas of healthcare and education, in the past 15 months.

In September 2017, the couple committed $200 million to the Nova Southeastern University in Florida. Last month, ground was broken in Temple Terrace, FL, for a new $20 million charter school, fully funded by Patel.

Over the years, the Drs. Kiran and Pallavi Patel Family Foundation has also launched a number of healthcare and education initiatives in India and Zambia.

In a wide-ranging interview with the American Bazaar at his home in Carrolwood, Florida, last month, Patel, a cardiologist, explained why his philanthropic initiatives are focused in three countries, the United States, India and Zambia. “… I have had the privilege to work and contribute to my karma bhoomi, which is the United States,” he said. “So that’s where I did all the action. Janma bhoomi, which is Zambia, where I was born. Mathru bhoomi is India which is our motherland. I have been able to work and to create an impact on three continents where I have been tied to from my birth and spent all this time.”

Gopinath, who was appointed as the chief economist of the International Monetary Fund in 2018, received the honor in the “Academics and arts” category.” She is also the co-director of the International Finance and Macroeconomics program at the National Bureau of Economic Research and also economic advisor to chief minister of Kerala. Last year, she was also elected a fellow of the American Academy of Art and Science. The economist was not present to receive the award.

Mishra, a senior scientist at Fermi National Accelerator Laboratory, in Batavia, Illinois, received the award for his accomplishments in science. Mishra is also the founding US technical coordinator of the US-India Strategic Interest Discovery Science Collaboration, which enables the development of high-intensity proton accelerator technologies for physics and nuclear energy applications. He did his PhD from University of South Carolina.

Desai received the award in the Structural Engineering category. He founded Desai/Nasr Consulting Engineers over three decades ago in Michigan. He is also the founding board of director member of American Society of Civil Engineers. He has been involved in the structural analysis and design of major award-winning structures in America. Desai is originally from

Jambusar in Gujarat and did his MS from University of Baroda. He has also served as the president of Indian American Political Action Committee of Greater Houston.

President Kovind in his address to the gathering said: “I invite each one of you to become a part of India’s growth story which is being etched by its billion minds. We want to leverage your technology, knowhow and investment to power our Make in India, Digital India, Clean India and Skill India programs.”

He also added: “We want to change the brain-drain of yesterday to brain-gain of today. I once again call upon you to contribute and partner us in the New India that we are committed to build and to become a part of India’s history in making,”

During the three-day long event, a number of sessions were held, among them, “Indian diaspora’s role in capacity building for artificial intelligence in India,” “Opportunities and challenges in giving to India,” “Indian Community organizations working for Indian nationals in distressed situations,” and “How the diaspora can provide support system for developing cyber capacity in India.”

A total of 7,228 people from 90 countries registered for this year’s event, which was inaugurated by Indian Prime Minister Narendra Modi on January 22.