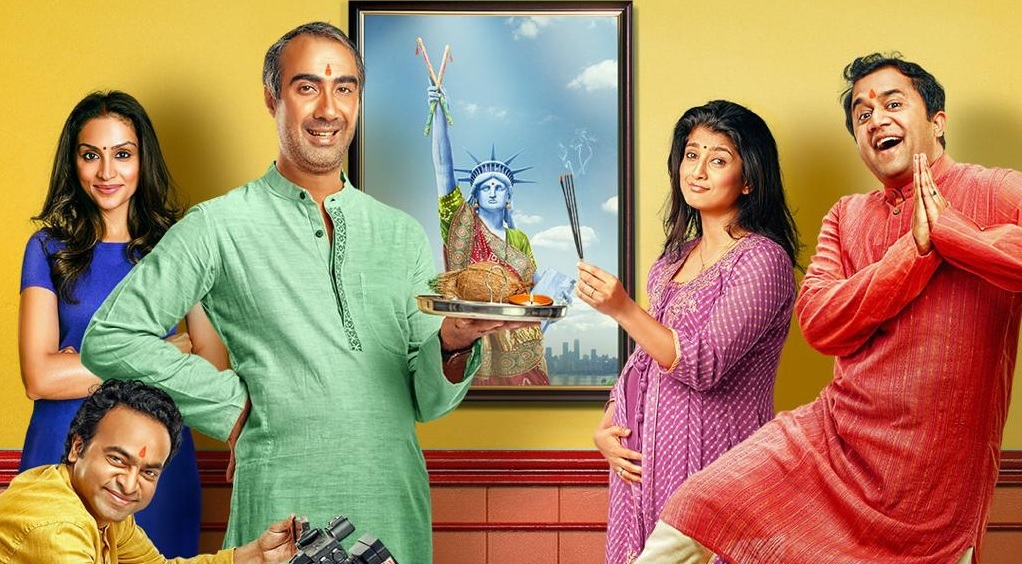 The comedy show will premiere on Eros Now on Sunday.

Indian American actor Omi Vaidya rang the opening bell at the New York Stock Exchange on Friday, ahead of the premiere of his new comedy series Metro Park.

Metro Park, directed by Indian American Abi Varghese, premieres on Eros Now this Sunday. The comedy-series explores the life and experiences of an immigrant Gujarati family based in New Jersey.

Also in attendance for the Opening Bell were Varghese and Prem Parameswaran, Group CFO and President of Eros International Plc’s North America operations. “It was an amazing experience to ring in the bell and celebrate the release of my new show with Eros,” Vaidya, who shot to fame with the Bollywood blockbuster 3 Idiots, told the American Bazaar. “I hope people enjoy the show and it succeeds in showing that a cross cultural Indian show can have an audience.”

The nine-part series follows the life of a young couple Kannan and Kinjal, who move out of their small apartment in New York City to New Jersey to stay closer to their extended family. New Jersey, home to one of the largest Indian American populations in America, brings along its distinct flavor and association to the story.

The series addresses deep-rooted Indian cultural habits in a comedic tone and shows how these habits and cultures often collide in the Western world providing a series of funny, rib-tickling and often learning experiences.

The other characters in the series are Ranvir Shorey who plays Kalpesh, Purbi Joshi (Payal), Omi Vaidya (Kannan) and Vega Timotia (Kinjal). Commenting on the announcement of the show, Chief Content Officer of Eros Group Ridhima Lulla said, “We at Eros Now believe in presenting content that is relevant and will create an instant connection with audiences across the globe. Metro Park is the perfect blend of Indian characters and impeccable comedy. The production value and the cast of the original -series further enhances viewer’s digital content consumption experience.”