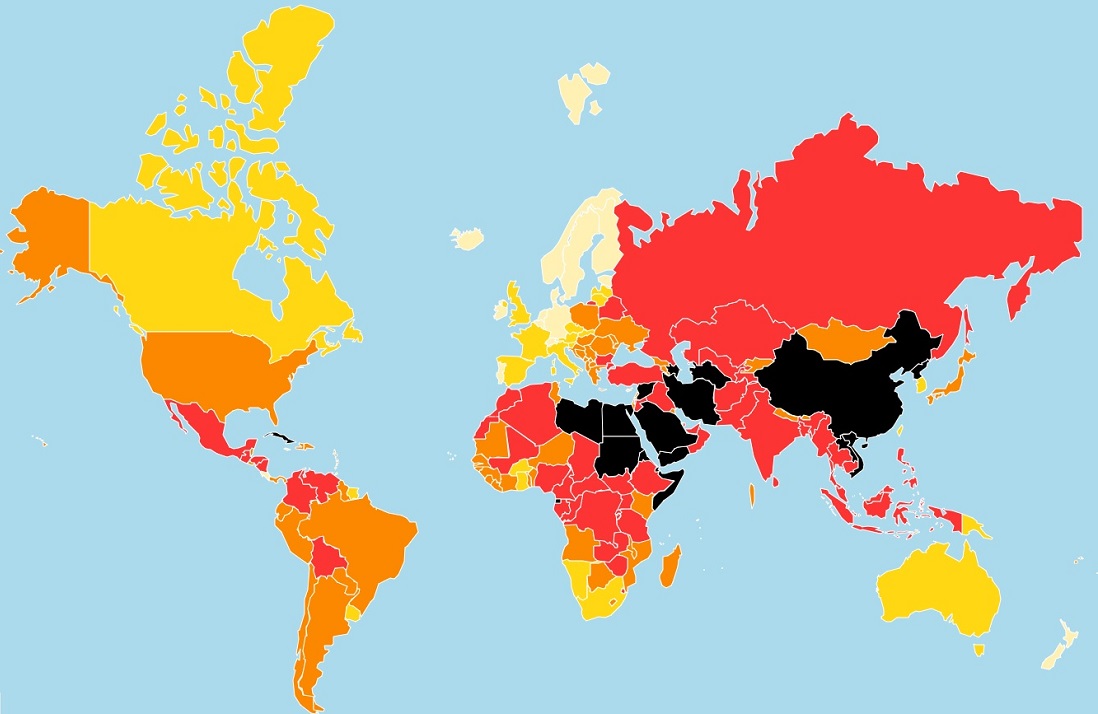 US is now ranked 48th globally, while India is ranked 140th, below Myanmar and South Sudan, just above Pakistan and Algeria.

There has been an increasingly uncomfortable atmosphere for journalists around the world lately. That is the conclusion of the just released World Press Freedom Index for 2019.

The annual analysis was done by Reporters Without Borders, a Paris-based nonprofit that works toward documenting and combating attacks on journalists around the world.

Norway retained its first place for the third year in the row.

North Korea and Turkmenistan were placed last among countries with press freedom.

Reporters Without Borders has pointed out that democracies such as the United States and India are increasingly witnessing conditions detrimental to freed press.

Attacks on media outlets by President Donald Trump were condemned by the organization. The country slid down three places to be ranked 48th in the world, below Romania, Botswana and Chile. With this new ranking, the US is now entering the zone of “problematic regions” for press freedom. Five journalists were arrested and 10 attacked in the past year, the report said.

India was among the countries that saw violent crimes against journalists in 2018, according to the report. Six journalists were killed during various instances of violence against press last year.

“Violence against journalists – including police violence, attacks by Maoist fighters, and reprisals by criminal groups or corrupt politicians – is one of the most striking characteristics of the current state of press freedom in India,” the report said.

It added, “Attacks against journalists by supporters of Prime Minister Narendra Modi increased in the run-up to general elections in the spring of 2019. Those who espouse Hindutva, the ideology that gave rise to Hindu nationalism, are trying to purge all manifestations of ‘anti-national’ thought from the national debate.”

The report pointed out that there was an increased hate mongering waged on social media against journalists by Hindutva forces.  It also highlighted harassment against women reporters who were part of the #Metoo movement.