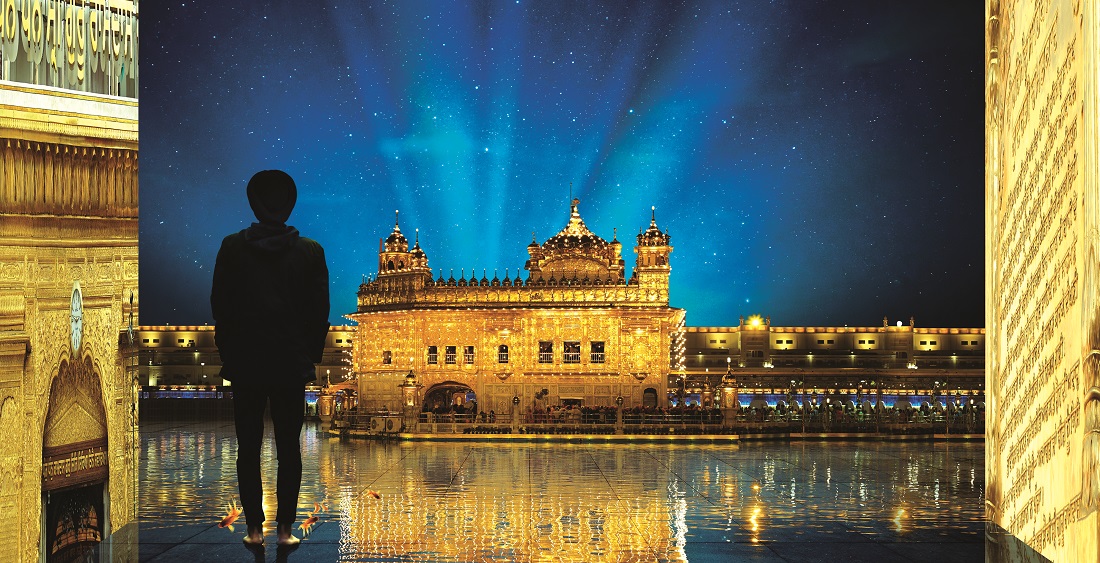 Devotees can have an experiential visit to the Golden Temple at the exhibit.

The Golden Temple in Amritsar in India is the holiest site for Sikhs. Visited by 100,000 devotees daily, it is also one of the world’s most visited places in the world. But if an India visit is not on the cards, for Sikh devotees residing thousands of miles away in North America, there is a chance to visit the temple, virtually but in an immersive manner.

“IN5 Experium: The Golden Temple of Amritsar,” an ongoing multimedia exhibit at Bramalea City Center in Brampton, Canada, blends virtual reality, multimedia and cinema to give the visitor a holistic and immersive experience of Golden Temple.

On till June 15, the exhibit also gives an experiential journey into the history and beliefs of Sikhism and of the holiest site, Harmandar Sahab, better known as the Golden Temple. The exhibition is spread into a 30,000 square feet space and uses smart walls, motion sensors and 42 projectors to recreate the Temple. The exhibit also showcases the tenets of Sikh faith and its philosophy.

Manikantan, CEO of PDA HaB Media and Trade Fairs Pvt Ltd, said “The experience is divided into three zones. The first zone helps you learn about the history and share the philosophy of Sikhism. The second zone is a visual extravaganza and helps you experience a day at The Golden Temple, while the third is a fun zone.”

Brampton, a city of nearly 600,000, is home to the second-largest Sikh population in Canada. Nearly a fifth of the city’s population is a Sikh.