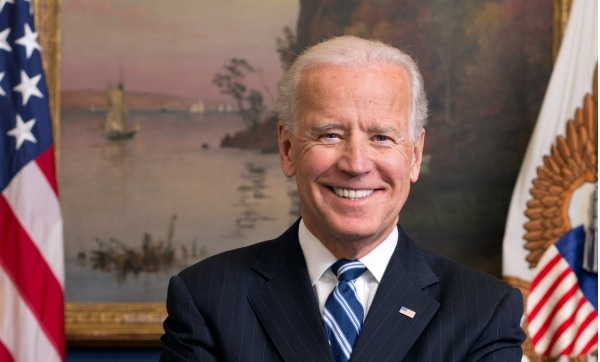 Such a ticket will have the same diversity in age, education, gender, race, color creed, wealth and political philosophy that the population at large has.

Yogi Berra, of the New York Yankees, the all-time great malaprop is known to have said in his trade-mark wisdom: “It’s tough to make predictions, especially about the future.” And that is exactly what I am going to do today.

I am going to pick the winning Democratic ticket for the 2020 US Presidential Election that is some 18 months away. I know this is an area where only fools will venture to go. But why not? After all, I, like many talking head political pundits, have gotten used to eating crow in this topsy-turvy world of ours.

On Thursday, April 25, 2019, former senator and Vice President, 76-year-old Joe Biden became the 20th contender seeking the Democratic party’s nomination for president. By any standard, this is a very large field of wannabe presidents. It promises lots of fireworks and political entertainment as the campaign progresses.

The fun is just starting. Of course, the natural process of weeding out will soon begin when contribution money makes its way only towards certain pockets. But what is clear about the twenty contenders is this: every one of them is a decent, dignified and serious human being and an able politician very much unlike the accidental president currently occupying the White House.

And this group of Democratic contenders is a true microcosm of America. It has the same diversity in age, education, gender, race, color creed, wealth and political philosophy that the population at large has (except for the extreme right, of course). The beauty of this is that nobody can say that they were not represented or did not have a choice in this election. Trump is an aberration and I know that America will return to the mean. It will follow its historic norms. This is still a land of law and a magnet for people from all over the world.

So here is my prediction. America will return to its trajectory by electing middle-of-the-roader Joe Biden aided by Kamala Harris as his VP.

There are many compelling reasons why this will be the winning combination. Biden is 76, Harris is 54. He is from the East Coast; she is from the West Coast. He has decades of Washington experience, she is full of new ideas. He is a traditional white male. She is a new generation female of a mixed race. You cannot create a better balance of experience, gender, race, age, geography and political philosophy than this. And this is the balance the voters are seeking.

Of course, today Harris is running for President, not for VP. And it may be too early to talk about such a ticket. And yet, this is where it is likely to settle assuming there are no skeletons in any closet. This is the winning combination.

For now, all we can do is to keep informed, get involved, think and vote. And vote intelligently.  Talking in particular about the Indian Americans, the truth is that Indian American voters are generally more interested and more informed about politics than average Americans. This may be because they are generally better educated and well-placed in life. They tend to be fiscally more liberal (if not socially), but in general, shy away from extreme positions in anything. So, both politically and temperamentally, an Indian American voter would be more aligned with a candidate like Biden. And Kamala Harris would be an added attraction. She is smart, dynamic, young and energetic and her Indian connection is a matter of great pride for the Indian American community.

I think there is support for Biden not just among Indian Americans, but among the Democratic population at large. While the others are all good but Biden is well known, very experienced and middle of the road, not extreme in any way. After the Trump disaster, experience really matters

(Dan Mayur is a world traveler and freelance author frequently writing about people, places and politics. He has written four books and had a distinguished career in major American corporations like Shell and Bechtel. A graduate from IIT Bombay, he has a PhD in Chemical Engineering from Rice University.)