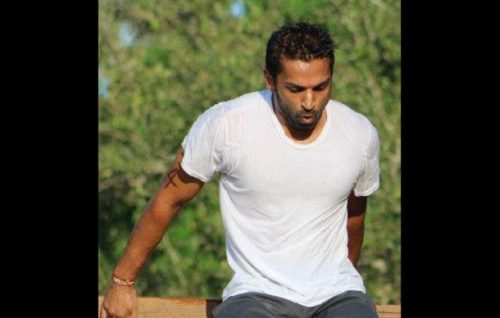 Kash Patel is a popular figure in the Republican circles following his vigorous defense of Trump.

Indian American Kashyap “Kash” Pramod Patel has been named as the Senior Director of Counter-terrorism at the White House National Security Council.

Patel, a very vocal supporter of President Trump, worked at the NSC’s Directorate of International Organizations and Alliances since February. Before that he was a senior staffer at the House of Representatives Intelligence Committee, where he worked for the Republican leadership.

He was a former senior aide to Rep. Devin Nunes, who served as the chairman of the Intelligence Committee when Republicans controlled the House. Patel was in news last year, when it was revealed that he was the author of “The Nunes Memo,” a document alleging that the FBI tried to help the Democratic Party and Hillary Clinton win the 2016 elections. The memo was later came to be known as the “Kash Memo.”

As reported by The Daily Beast, Patel was among the leading FBI staffers pushing back against the agency’s investigations involving Trump and Russia and was trying to discredit Russian involvement.

He became a popular figure in the right-wing circles following the memo.

Former Trump campaign aide Carter Page, who was the subject of the FBI investigation that was denounced by the Nunes memo, praised Patel in a tweet on February 3, when he joined the NSC’s Directorate of International Organizations and Alliances:

“When the history of the Democrats’ corrupt interference in the last Presidential election is written, Kash Patel should be remembered as an unsung hero who fought for the repair of the rule of law. A brilliant lawyer, the NSC will now benefit greatly too.”

Patel’s role as the Senior Director of the Counter-terrorism Directorate of the National Security Council is being seen as a significant one.

Critics have denounced the appointment

“Trump has named an architect of the effort to discredit Mueller’s probe to one of the most impt roles on the National Security Council staff: Sr Director for Counterterrorism. The post is as crucial as it sounds, and this move is as dangerous as it sounds.”

Trump has named an architect of the effort to discredit Mueller's probe to one of the most impt roles on the National Security Council staff: Sr Director for Counterterrorism. The post is as crucial as it sounds, and this move is as dangerous as it sounds. https://t.co/S3gB9z7El9

The NSC, the agency tasked with coordinating security and foreign policy matters, is headed by National Security Adviser John Bolton.

Patel, a lawyer by profession, grew up in Garden City, New York. He completed his law studies from the Pace University in 2005. Patel was a public defender before he joined the Department of Justice in 2014.