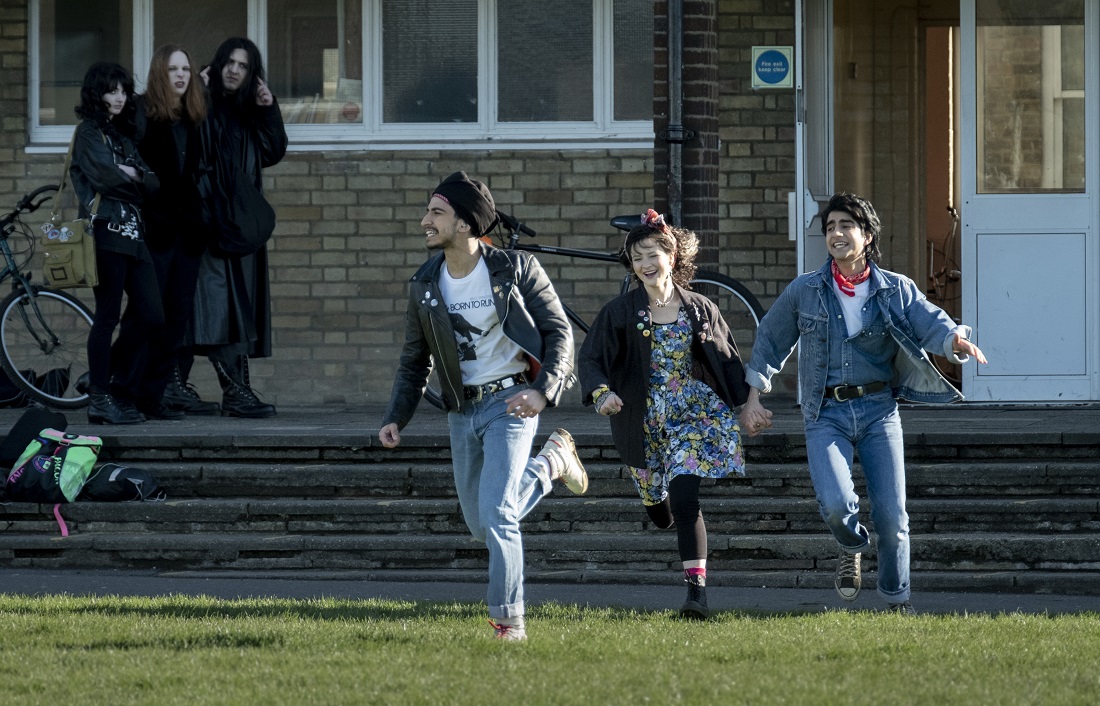 Gurinder Chadha’s new movie ‘Blinded by the Light,” based on Sarfraz Manzoor’s book “Greetings from Bury Park” hits US theaters on August 16.

Back in 2007, when British Pakistani author Sarfaraz Manzoor was writing his book, Greetings from Bury Park, which centered around his life as a young immigrant brown boy in London and his love for Bruce Springsteen, he knew that the story had the potential of being made into a movie. The story is so relatable, funny and humane that it touches a chord, and if turned into a movie, it would speak to millions of immigrants across the globe,

Cut to 2019, and director Gurinder Chadha’s movie Blinded by the Light is inspired by Manzoor’s critically acclaimed book.

Manzoor, who co-wrote the script along with Chadha, was involved in every process of the filmmaking.

The 2019 British comedy-drama premiered at the 2019 Sundance Film Festival, where it received a standing ovation. Blinded by Light will be released by Warner Bros. in the United States on August 16. The film has already received nominations for Seattle International Film Awards 2019.

Manzoor is currently on a US tour with the cast of the movie. The broadcaster, documentary maker and journalist told the American Bazaar that even though he was confident about the unique yet relatable story, the success and critical acclaim that came along was overwhelming.

In the interview, he spoke about how his book formed the storyline for the movie and why the charming story about a British Pakistani boy has a universal appeal.

“[The] film is about common humanity, and through the story we find that we have so much in common with each other,” the writer said. “We live in such divided times and it is important to be told about our common grounds.”

On when did he think that a story based on his childhood and about his two heroes, his dad and musician Bruce Springsteen, could be a powerful script for a movie, Manzoor said, “I remember when I was still writing the book, I approached Gurinder Chadha. She liked the story and said at the onset that we would need Springsteen’s support.”

The story follows the life of Javed, a British teenager of Pakistani heritage. Growing up amidst the challenges of an immigrant life, he discovers the music of Bruce Springsteen, which transforms his life. He seeks inspirations in the lyrics and begins his own journey of self-discovery.

Asked why he thought that a memoir about an immigrant boy should be told, when many stories around the theme may have emerged earlier, too, Manzoor said, “I don’t think anybody has done a story like this before. It is a story about a boy who was transformed by the music of Springsteen and it is not work of fiction but a real, honest story.”

Manzoor also spoke about the great response the film received and why he felt overwhelmed by it. “We filmed around April-May and then the film was screened at Sundance in January,” he said. “It was touching to see a story which is so personal appeal to people. Also, a small British, independent film reaching where it has now. In America, we have been screening in New York, California, Phoenix and so many places and everywhere we have gone, we received responses like, ‘we recognize the dad, we recognize the boy, we see something of ourselves there.’”

The writer said the fact that “Warner Brothers are supporting the film, the billboards are put up at Sunset Boulevard, Broadway — all this is it is extraordinary.”

While the film is set in the town of Luton during the ’80’s, there are similarities Manzoor still sees when it comes to racism or growing up brown between the times then and times now. “[There] are parallels,” he said. “I recall when I was growing up, I knew that no one around looked like me. But I do feel that back then it wasn’t so much about being a Muslim. I do feel that we are more divided in the religious way now.”

On being involved in the filmmaking process, he said, “I was on the sets and I would be a part of everything. For costumes, I would send my old family pictures.”

And perhaps that is what gets the mood and the times just right in the movie.