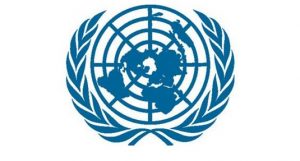 Climate change discussions are decades old, what’s different today is the open force of downstream mobilization of the action plan.

Three reasons why this time UN agenda creates the most powerful and desired impact?

The Awakened Public: never ever before were so massive number of people engaged informed and connected to the topics of global climate calamities, open to discuss grave concerns about natural disasters now commonly visible as catastrophes.

The Digitalized World: never ever before were there so many participating nations with varying degrees of digitized economies creating workable links and making sense at national and grassroots levels amongst nations, cities, towns and villages with buzzing messages on the topics.

The National Mobilization: never ever before were there so much common citizenry, general populace, individual companies, or massive trade groups, like International Chamber of Commerce with a global membership of 45 million businesses announced that 2,100 chambers of commerce around the world have signed up to the Chambers Climate Coalition. Just imagine the national mobilization of such agenda, nation by nation. This is massive; this is mobilization, something never seen before.

The climate issues discussions are decades old, what’s different today is the open force of downstream mobilization of the action plan. Currently, some 30 nations engaged in their own elections and their own promises, followed by USA election in 2020, all percolating the political agenda on such affairs.  Cognizant of the call of the populace and restless youth to tackle climate change, amongst calls to fix grassroots prosperity the political strategist are spinning.

Although just like climate issues; equally neglected over decades are the revival of grassroots-small-midsize business economy and now extremely critical, as declaration of trade-wars on others are increasingly becoming living proofs of one’s own unskilled citizenry unable to quadruple exports. More heroic are the real declarations of internal skills-wars to retrain nation’s working citizenry to stand up to global-age standards of performance, productivity and quadrupling exportability bringing in local grassroots prosperity for better harmony. Observe the restless citizenry and the brutal decline of small medium enterprises amongst developed nation. Critically needed, to catch up lost decade a generational transformation is required, such challenges demand global-age style execution and are less dependent on new funding.  So who is blocking and what’s stopping all this?

So long the proof of the decimated grassroots prosperity among developed economies of the world is not required; so long the leadership accepts the calls of restless citizenry entangled on diversity and tolerance issues and growing populism. Although not be confused when cries about social justice and inequality often being bundled on ethnic and gender lines and labeled as mass populism.

Study Expothon Strategy and how over a decade it has perfected the model; observe how Worldbank also adopted similar approach with their well executed Econothon project. Expect some serious deployments in this arena. Study blueprints on National Mobilization of Entrepreneurialism Protocols on Google. It is time to engage the national entrepreneurial talent, 1000-10,000- or 1,000,000 small and midsize businesses in ongoing discussions and high quality entrepreneurial debates and to create global bounce that will unveil unlimited growth and make climate change funding easier.