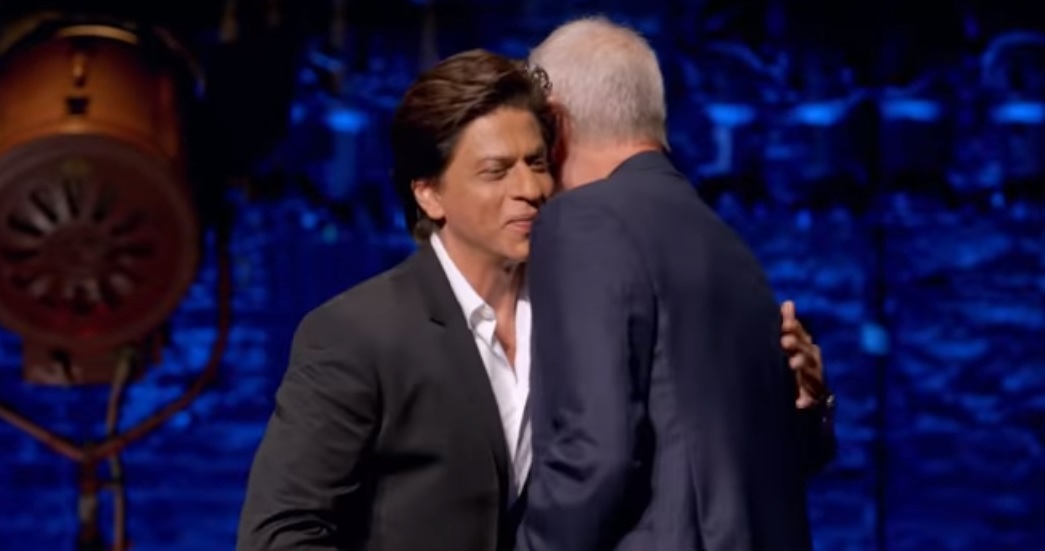 Khan will feature in an episode of Letterman’s show, My Next Guest Needs No Introduction. The episode will be available on Netflix on October 25.

For the Indian American audience, this could be the single most block buster appearance of all times. One of the most revered American comedians and talk show hosts David Letterman would be seen interviewing the biggest of Bollywood stars, Shah Rukh Khan, in an upcoming episode of Letterman’s show, My Next Guest Needs No Introduction. The date has just been announced for this most anticipated episode and fans would get to see two of the most followed personalities across the globe on October 25, on streaming service Netflix.

Shot in a completely unprecedented format for Letterman’s show, the episode will have the two sit together for a studio chat that was shot in New York, earlier this month. It would also show vignettes from Letterman’s visit to Mumbai around the occasion of Eid, where he got to witness, first-hand, the mass euphoria that Khan attracts.

The actor took to Twitter to release the trailer for the show and called his interaction the most fun interview ever. He wrote: “The most fun I’ve had being interviewed. Thank u so much @Letterman for being so gracious and all happiness. U r a gentleman sir!”

On his part, Letterman, too, minces no words in praising Khan and calling him the most popular guest on his show.

The episode is described in the teaser for the show as, “The biggest talk show host in the history meets biggest film star in the world. Do we really need to say more?”

There has been anticipation building up for the show across the continents since the episode featuring Khan was announced earlier this year in May. Fans had been excited when pictures of Letterman enjoying an Eid day at the balcony of Khan’s residence, Mannat, appeared over the summer.