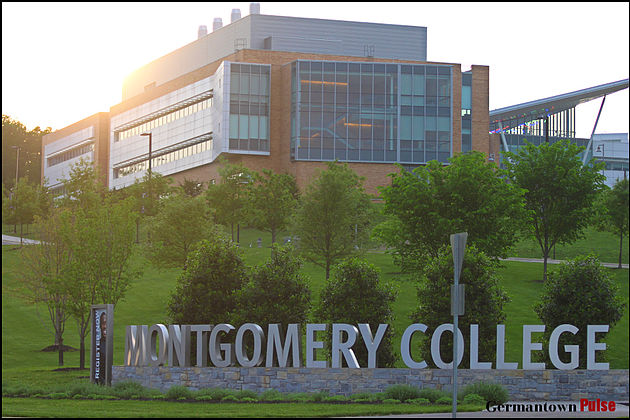 American system historically seen as a model by nations trying to fill gaps in education systems.

The flavor of 2019 Nobel Prize in Economic Sciences is economics for the poor. The bottom line is to empower poor and marginalized communities in India by providing them affordable access to post-secondary education and facilitate transfer opportunity to three year bachelor degree institution.

The previous Indian government of Prime Minister Manmohan Singh had in 2012 accepted a proposal by Montgomery Community College, Maryland, backed by the State Department and the US embassy in New Delhi to set up a number of community colleges across India.

The Indian Ministry of Human Resource Development and University Grants Commission had approved the proposal. A set of regulations and guidelines were framed. Amazingly they have survived in the new Narendra Modi dispensation that came to power in May 2014.

Nonetheless, very few community colleges were opened under this scheme. Unfortunately, those opened were in the private sector which made them unaffordable for marginalized and low-income group students.

In reality community colleges education in US mainly caters to the low income group communities and provides them a pathway for higher education. Across the United States all community colleges are funded by the county administration and a board of management comprising of mainly social workers from the local county in which the college is located.

The new Modi government should have embraced this scheme and encouraged state and central government universities across India to start at least one community college in each district. Instead it laid stress on National Skill Development Corporation of India under the Ministry of Skill Development and Entrepreneurship.

Its stated aim is to promote skill development by catalyzing creation of large, quality and for profit vocational institutions. However, in practice the entire project has failed to take off with its focus on imparting skill without any theoretical content.

In a community college model, on the other hand, theory is taught with hands-on experience. Community colleges give certificate and associate degrees and thus create a skilled workforce to cater lower and middle-level jobs both in private and government sectors.

There are two pathways to move towards higher education after secondary education. One, the Indian system based on the British higher education model where one has to enroll for a three year degree course.

The second is the US community college model. Here young Indians would be well-positioned to engage in developmental work and at the same time continue to get higher education through various community college courses at affordable fees with flexibility.

They focus on practical skills and training for the workforce combined with theoretical knowledge that also make them well-suited for development projects. The hands-on approach is typically what is needed by institutions trying to implement new systems and strategies.

American Community colleges have historically been identified as prospective models by countries trying to address gaps in their education systems. Much of the interest in community colleges, globally, has centered on their role in workforce training and, more recently, on the concept of transfer credits, open access, and flexible education pathways to universities.

And, many have a desire to further their education beyond high school, but they do not possess the academic skills or ability to be accepted at a regional university. As the forces of globalization begin affecting knowledge, employment and learning, community colleges respond in various ways that most universities simply cannot.

There are demographic changes in local service areas that reflect a more globally mobile society, or it may be because local businesses have ties with global brands and need immediate workforce development to meet those needs.

Community colleges are positioned to engage in development work, transfer credits, and workforce development, more so than other higher education institutions because of their flexibility, adaptability, and inclusive vision.

Community colleges’ focus on practical skills and training for the workplace combined with theoretical knowledge also make them well-suited for development projects and university transfer programs.

The one important aspect that distinguishes the U.S. higher education system is its flexibility. This flexibility provides students the ability to mix and match courses to suit their individual needs, rather than being locked into a curriculum prescribed by typical universities from Britain.

The British-style higher education, like most national higher education systems, was designed originally for elites. But the American community college model was designed to accommodate students of modest means or intellect who needed to quickly acquire practical skills that would help them financially support themselves and their families.

In addition, this community college approach evolved into a transfer system to universities and other four-year baccalaureate programs.

Those of modest means can first generate an income stream from the skills acquired at a community college and then plough back their subsequent savings to earn a more advanced degree.

After completing coursework for two years, which include English language, math, science, social sciences and morality, along with other subject related courses, students can transfer their credits to any university in India.

Community college aligns its curriculum in the Associate of Arts and Associate of Science degree programs with UAE and other Middle Eastern universities for a seamless transfer of students and their academic credits to those institutions.

After one year of coursework, or what is needed to matriculate from the university, the student will be awarded a Bachelor’s degree.

Those students who don’t want to pursue further education after two years with an Associate of Applied Science degree would also be eligible to graduate with a two-year degree from Community College and immediately go to work in their chosen field of study.

Perhaps the most common reason that students will attend community colleges is to increase their earning potential. Graduates of community colleges find employment at varying levels in virtually every sector of commerce and industry.

If you want to bring a fundamental change in Indians’ belief and behavior in higher education, you need to create a community around them, where those new beliefs can be practiced, expressed and nurtured.

(Iqbal S. Hasnain is the Managing Director of Desert Side Training Institute, Dubai, which offers courses of Montgomery Community College, Maryland. Formerly he served as Vice-Chancellor, University of Calicut, Kerala, India. Larry Gundersen is a Professor of History at Jackson State Community College in Tennessee.)