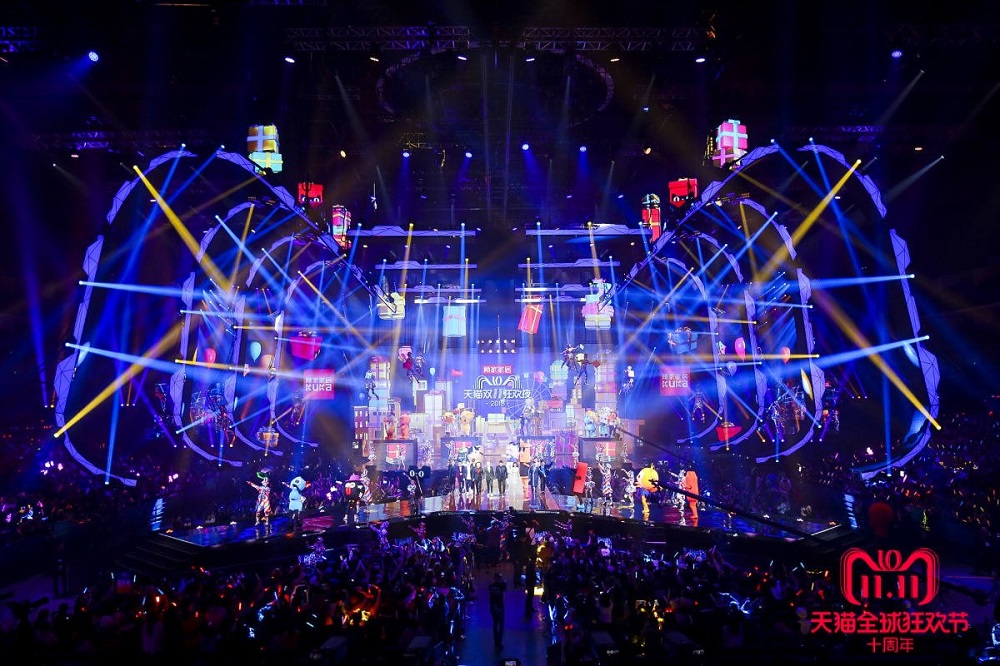 Alibaba records $38 billion of sales within 24 hours. The company’s single day sales may take 38 years of GDP for St. Kitts and Nevis, two month for Portugal and a full week for Canada.

Alibaba on national mobilization of entrepreneurialism: Today, once again Alibaba records $38 billion of sales within 24 hours. Around the world, currently, there are 100 nations with less than $38 billion in annual GDP.  The single day sales of this single company may take 38 years of GDP for St. Kitts and Nevis, two month for Portugal, a full week for Canada and 16 hours of shock-and-awe for USA. Imagine if this single company performed at the same rate for next 365 days, it would equal to annual GDP of Japan, Germany, India, France, UK and Canada, all combined.  Bravo Alibaba, well done, the world in shock is now fondling in own toolboxes.

Awakening of Nations: Now, are there enough reasons to explore how national mobilization of entrepreneurialism on platform economies can uplift local grassroots prosperity?  Are there enough trade-groups, Chambers of Commerce, Trade Associations with enough skills to play in these AI centric digitally advanced and globally friendly market-places? Outside a miniscule number most seriously out-dated trade-groups are in rapid transformation so they too would become shiny butterflies for the new global-age.

Salvaging of exportability lost during last decade: Nation by nation, the grassroots medium-size economy was basically, ignored, abandoned and rejected, killing exportable goods and services. So long the trade groups around the 200 nations stuck in their old fashioned comfort zones spanning a century, outside handful organizations most nations are in deep trouble. Observe how nations with riots have the most disorganized, disconnected trade-groups, not due the lack of funding but due to lack of poor leadership with little or no global age skills.

Uplifting working-citizenry after a lost decade on skills: So long the national leadership assumes that MBA degrees are the saviors of their next economy and so long the corporations feels comfortable that all their management is being well trained on YouTube, no additional proof of this fallacy is necessary other than decimated economies and chaos on the streets.

Understanding The Third Economy: During the first economy; rules of engagement and rules of balancing the books were established, the second economy; where fancy jargon was invented to cook the books to balance with political agenda and now the upcoming third economy where real numbers will balance the real books with real columns all managed by artificial intelligence and block-chain delivering honest picture instantly to all and all the times.

Alibaba proves the direct benefits of a Third Economy: Such prosperity can only assured by respecting the balancing of pennies and cents with mobilizing millions of abandoned small and medium enterprises and using free technologies as starting base.  Such deployments are only possible when leadership is skillfully equipped to understand global-age and able to serve the special transformation demands, by firing the first person for incompetence for saying they have no new funding to change and firing the next person for disorganization for saying they are too busy and have no time to change.

Public sector around the world had almost all these resources available to deploy since last decade. Nation by nation, outside the top business sectors rest of the small medium enterprise players systematically abandoned and crushed were replaced by too big to fail nonsensical hype. Now national races in the age of digital platform economy will demand clarification on their internal conflicts of “digital-divide and mental-divide” and explain dysfunctional imbalanced spending on trade expansion without “national mobilization of entrepreneurialism” … it is also a fact that majority nations need massive in-depth-training at all top leadership levels to understand the new language of the new days.

It’s time to choose: Either build world-class export promotion agencies, vertical trade groups to foster trade by global-age showcasing on platform economies and bring home some grassroots prosperity or allow restless citizenry and rise of populism.  It time to balance, that where public sectors mostly all over the world failed on such progressive affairs, technology has now blossomed as salvage operation with dramatic tools and deployment options. Is your national leadership ready now?  Not to sidetrack, this is not an exclusive IT issues; this is global age expansion and entrepreneurial mobilization issues. Deeper studies and debates are essential.

The world is changing fast is no longer just a cliché, now growing into a warning

Rules of National Mobilization of Entrepreneurialism: To deploy such blueprints, launch a nationwide business-uplifting lifelong learning agenda for the entire export promotion bodies, Chambers, trade associations and also the entire small-medium-exporters base. Review this process meticulously every 100 days. Under right situation, the export promotion of the nation can easily quadruple within a year. It is necessary to keep asking what is blocking this and who is stopping this?

Time to change a useless mantra; it’s time to mobilize, revolutionize and optimize midsize economy. How do you mobilize public and private sector leadership after a lost decade on global-age expansion? With some 100 elections and million promises on podiums the realities are hidden in creating real grassroots prosperity, now pending Presidential Elections of 2020 USA the mother of all elections will provide massive debates amongst calls of Impeachments, while December 12th Election of UK  amongst calls of Brexit and European Union with struggles of economy. The public is informed, and slowly realizing what’s working and what’s not… deep silence at the public sector is not good, a growing sign of lack of skills. Urgent debates needed as 2020 starts with some dramatic shifts of markets, ideas and visions. We are now in the age of national mobilization of entrepreneurialism and platform economies.