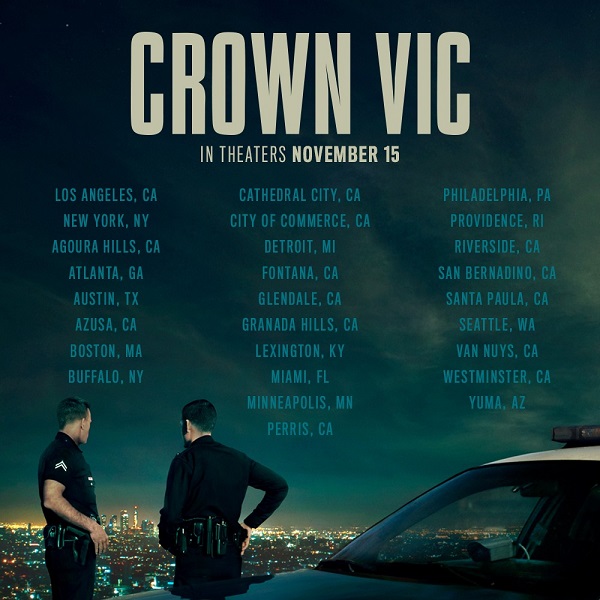 Nigam teamed up with American actor Alec Baldwin for the Hollywood production.

If you thought most South Asian film makers only make films about immigrant experiences then you may want to check out the soon-to-be-released, Crown Vic by veteran South Asian-American producer/writer/actor Anjul Nigam.

Crown Vic, which hit the theaters in New York City on November 8 and in other US cities and on demand on November 15, is the third film from Nigam’s stable.

Nigam’s first film, Growing Up Smith, which was listed as the TIME magazines’ pick of the week in 2017, told the story of an immigrant Indian family and their family struggles while making America their new home.

But his newest offering totally breaks the mold by telling over the course of a single night an adrenaline filled story of two cops at the opposite ends of their careers who find themselves thrust into a violent hunt for two cop killers on the loose in the Olympic Division of Los Angeles.

The film is a production of Nigam’s Brittany House Pictures in association with Baldwin’s El Dorado Pictures and Tsai’s Wudi Pictures.

Nigam was born in India and raised in America since the age of two.

READ MORE: ‘Growing up Smith’ is about ‘first love, childhood heroes, and growing up in a small town’ (February 12, 2017)

As a veteran actor in film and television, Nigam is known for his supporting lead in Focus Features’ Bad Words for director/star Jason Bateman.

He is also noted for his recurring roles of Psych Dr. Raj on ABC’s Grey’s Anatomy since its pilot episode and Medical Examiner opposite Colin Farrell, Rachel McAdams and Taylor Kitsch on season two of True Detective, besides numerous landmark primetime TV series appearances.

READ MORE: Growing Up Smith: A charming and touching experience that will hit home for all (February 6, 2017)