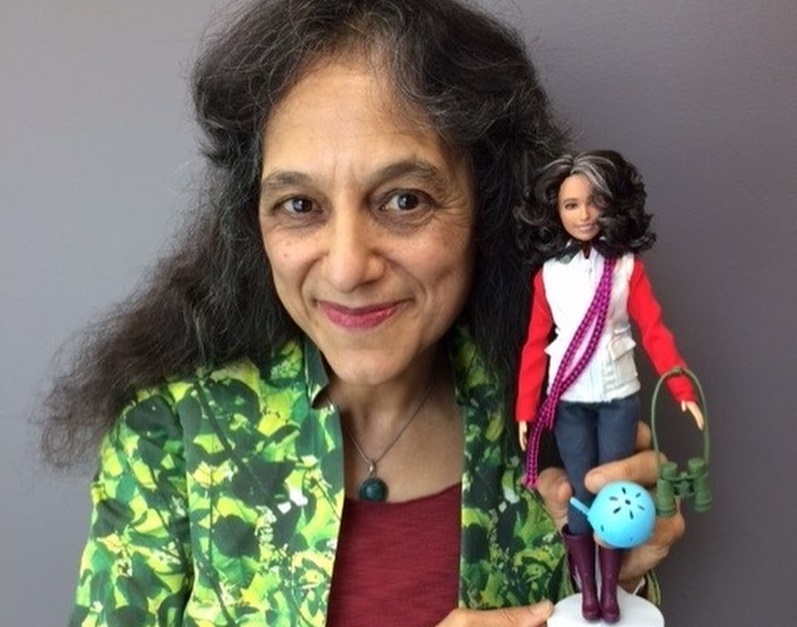 Every parent who may have had two-thoughts about buying a Barbie doll for their young children may be now pleased to find a Barbie doll that inspires a STEM — Science, Technology, Engineering and Mathematics —  positive mindset.

In an interesting collaboration between Mattel, National Geographic and University of Utah scientist Nalini Nadkarni, the popular toy manufacturer has probably for the first time idolized an Indian origin scientist for its new range.

The story behind this new range of Barbie dolls which also promotes diversity, centered around professions currently underrepresented by women such as exploration, science, conservation and research, is a rather interesting one.

Some 15 years ago, Nalini Nadkarni, a forest ecologist at University of Utah, thought of Barbie dolls that could represent her career and inspire girls to take up more STEM based studies and jobs.

However, she didn’t find any takers for her idea about dolls with rubber boots, helmets and science gear.

Undeterred she began creating her own dolls by buying dolls from thrift stores and dressing them up in STEM professionals’ gear through buys off eBay etc.

Nadkarni served on a five-member advisory panel to oversee the execution and ensure the authenticity.

And most of all, there is also a doll made in the likeness of Nadkarni herself complete with boots, binoculars and a rope, inspiring millions of other brown girls like herself to dare to dream.