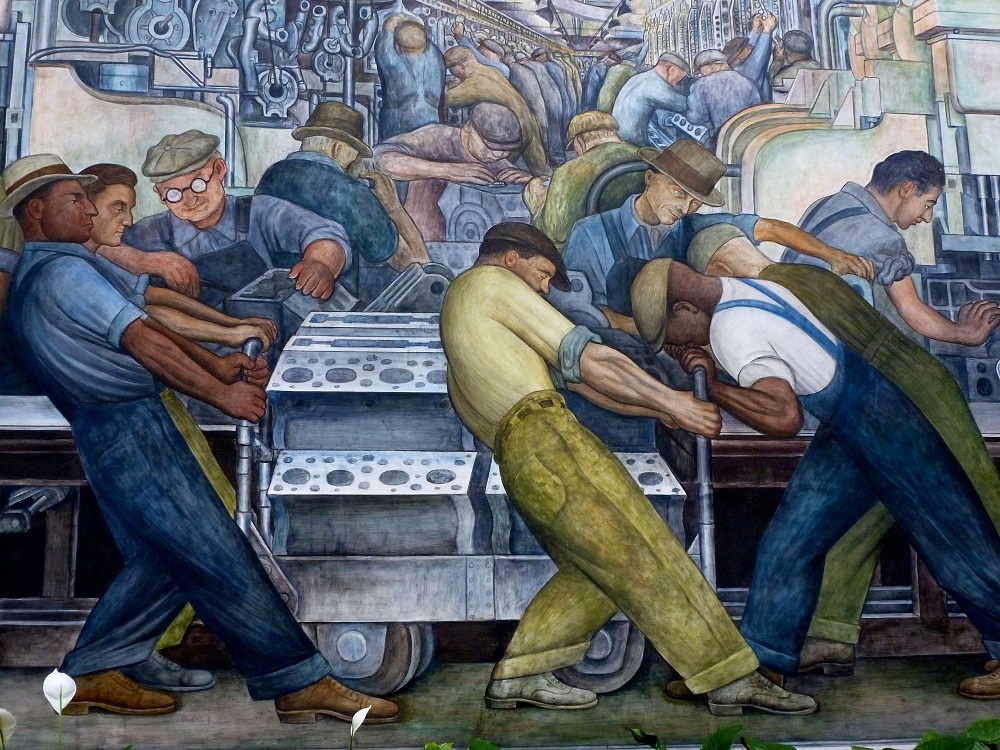 Canada already blessed in so many ways and headed in so many good directions awaits mobilization of talented citizenry on platform economies, but first the new definitions and serious questions;

Re-definitions of midsize economy: The optimization of small medium enterprises to quadruple exportability and innovative excellence performance are new frontiers where battalions of entrepreneurs allowed to bounce all across 200 nations and show case their talents, goods and services to enjoy the powers of brand of Canada and its people. The new thought leadership on new global age skills on deployments becomes a test.

Re-definitions of work: work of future determined by algorithms, elimination of white collar expertise would morph towards entrepreneurialism as any smart work left for very smart workers erases 9-5 rat races, with new living styles and new intellectualism emerging, how will Canada mobilize working citizenry to adopt such dramatic changes?

Re-definitions of management: When free technologies replace senior and middle management impacting social adjustments, a hyper productive inter-connected-age with new styles of debates and engagements will force new state of mind, how will Canada identify, organize one million small and midsize enterprises as part of Platform Economy, showcase them in bright colors creating bounce with 200 other nations, where already some new billion entrepreneurs are headed.

Re-definitions of time: now business operation time is 24x7x365 how will these new cultural-realities start overtaking old-style timelines and lazy calendars slots how do you train masses to work much less but with more productive diverse technologies. New habits merge with new occupations optimizing with talented hobbies and here nouveau entrepreneurialism starts taking shape.  Ease of processing global access becomes the new and long awaited arena for women entrepreneurs to shine. The human productivity, juxtaposed with hyper accelerated automation will also create massive boredom and mental chaos.  Digital divide becomes mental-divide. This will demand new thinking, new styles of living and new challenges to ponder. Such vacuums cannot allow to fill with divisive politics or overflow social media rhetoric but with entrepreneurial and grassroots prosperity ideas. Classicism of Entrepreneurialism proves that by nature entrepreneurism is diverse, tolerant and community builder.

All over the world Public-Sectors and large bureaucracies for having a different mandate have proven again and again for not being entrepreneurial and for that reason alone, much like mushrooms in the forest they grow at random, but now on platform economy this is about like organized mushroom farming. Authoritative understandings, mobilization with deployment skills are the prerequisites.

Understanding entrepreneurial knowledge: The superiority of the message embedded in the art and science of entrepreneurialism clearly written in the language and symbology of ‘tacit knowledge’ and should not be the deterrent for academic or government agencies. Rather this is an open invitation to bold and open dialogue.

Understanding mobilization of entrepreneurialism: Many nations around the world have tried very hard to create entrepreneurialism but frequently failed.  However, these same nations were able to create well trained armies and high-ranking officers because they all trained in tactical battlefield engagements and by veterans from the real battlefields. Soldiers do not draw pictures of battlefields on whiteboards and run around with water pistols. They practice real situations in boot camp fashion and live the battles.

Alibaba records $38 Billion of sales within 24 hours November 11th 2019: Around the world, currently, there are 100 nations with less than $38 Billion dollars in annual GDP. Imagine if this single company performed at the same rate for next 365 days, it would equal to annual GDP of Japan, Germany, India, France, UK and Canada all combined. Bravo Alibaba, well done, the world in shock is now fondling in own toolboxes looking for screwdriver.

Which nations are ready? Ready to explore how national mobilization of entrepreneurialism on platform economies can uplift local grassroots prosperity, and if there are enough trade-groups, Chambers of Commerce, Trade Associations anxious to play on these AI centric digitally advanced and globally friendly market-places? Outside a miniscule number, around the world, out-dated trade-groups are in rapid transformation so they too would become shiny butterflies for the new global-age.

Which nations are open to national debates? Can a nation declare top priority to discover its hidden and untapped talents of their citizenry? Can it demonstrate superior skills to mobilize small and medium businesses across the nation? Can it adopt continuous self-learning to foster occupational superiority for the nation? Can it isolate trade-wars and prioritize internal skills-wars as national agenda?  Can it create national debates and bring trade-groups all under one umbrella?

Fact: The world can easily absorb unlimited exportable ideas in unlimited vertical markets. Fact: The well-designed innovative ideas are worthy of such quadrupled volumes. Fact: The entrepreneurial and dormant talents of a nation are capable of such tasks. Fact: The new global age skills, knowledge and execution are now the missing links

Three steps for Midsize Economy to advance on grassroots prosperity:

ONE: Identify 1,000 to 100,000 small and midsize entrepreneurs within a nation, and create a national agenda to quadruple their performance on innovative excellence and exportability. Caution–this is not to be confused with old out-dated-old-data rather it requires the assembly of ultra-modern-digital and current-profiles of individual midsize enterprises within a nation.

TWO: Deploy digitization of top national trade associations and chambers of commences to upgrade to world-class digital platforms so that their entire membership can skate nationally and globally showcasing their goods and services. Caution–this is not to be confused with old websites with odd text and emails; this is more like LinkedIn format and ten times more richer information with colorful and highly interactive platforms.

THREE: Study Expothon Strategy and how over a decade it has perfected the model; observe how Worldbank also adopted similar approach with their well executed Econothon project. Expect some more serious deployments in this arena. Caution– this is not to be confused with a single award night; this is all about outstanding performance of the remaining 364 days of the year each filled with active and daily engagements.

Serious Questions: Was there ever a senior level national debate and authoritative discussion on such deep and specialized integrations? In the meantime outside minuscule percentages there are some 10,000 Chambers of Commerce of the world and 100,000 National Trade Associations uplifting thinking when it comes to advanced level digital platforms but still afraid about their future roles and return on investment on membership fees. They will all shine under new flags of creating new global bounce and prosperity.

By all means, such transformations are no easy task; but however, they are less dependent on new-funding but are heavily dependent on global-age-execution and strategic agenda

2020 is a great start for tabling pragmatic solutions and presenting a special series of exclusive programs on uplifting midsize economies of any nation so long there are large numbers of midsize enterprises. Special announcements on exclusive events and large scale digital platforms under planning announced very soon.