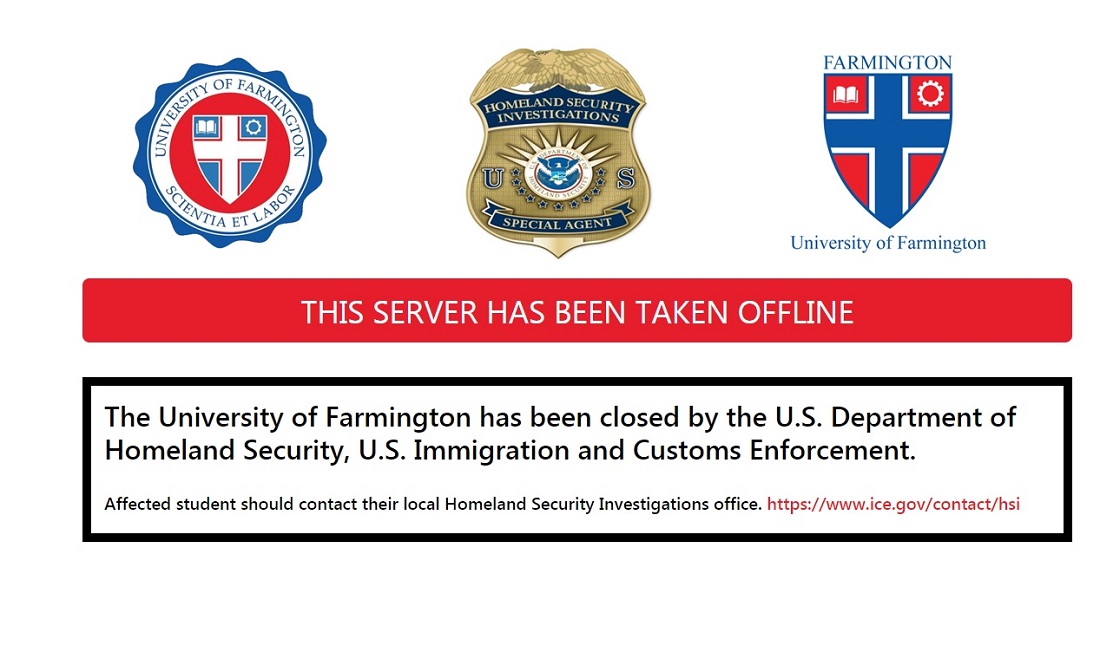 US lawmakers question sting operation to trap over 250 Indian students.

When 21-year-old Akanksha De was looking to apply for an advanced engineering course in a US university this fall, her aunts warned her to do some research on their reputation first.

She recalls, “My aunt whom we call Pinky Maasi, brutally announced at a family gathering, “Amrika mein toh college bhi nakli hain, aur degree bhi, kahin padhai karte karte jail na bhej de Trump” (In America, there are fake colleges that give fake degrees. Make sure that while studying Trump does not get you sent to jail).

For De, it was the sad summation of the situation that going to the US for higher studies has come to mean for many desi students.

Most foreign students hoping to study in the US in the Fall session begin their paperwork between January and March. For many Indians the debate about choosing a country other than America has been stronger than ever before this time around.

While President Donald Trump’s policies on work based visas have raised an alarm especially amongst the professional Indian population, the charm of F-1 student visa to US has also faded somewhat in India.

For other Indian students who may have completed their studies and are looking at options such as Curricular or Optional Practical Training (CPT or OPT), until they secure an H-1B, the lure of staying in the US is diminishing too.

Sarat Shah who graduated from a US university says, “I would much rather look at work or study possibilities in Canada than getting stuck into looking for CPT or OPT cases, which any way is looked upon with suspicion now in the job market.”

While immigration lawyers have always been critical about the sting operation that involved setting up a fake university by DHS to trap foreign students looking to extend their stay in the US, now US lawmakers are also calling for tightening the noose on the process of framing the kids.

Lawmakers sent letters to Education Secretary Betsy DeVos asking questions about the undercover fake Farmington university sting that led to an unprecedented arrest of over 250 Indian students. Most of them were voluntarily deported by the US Immigration and Customs Enforcement (ICE).

“The experience though, left a bad taste in the mouth for many unsuspecting Indian students in the US,” says IT professional Nitin Jha who works at an American multinational in Bay Area.

“Often many bright students arrive, not knowing the intricacies of how the American system works and overwhelmed by the visa rules they fall prey to such fake setups,”

Lawmakers’ letter echoes the current feelings of many Indians towards American higher education and puts the reputation of America as a study destination under scanner.

In a letter to the Accrediting Commission of Careers Schools and Colleges (ACCSC), Levin, Davis and Warren wrote, “These actions undermine ACCSC’s credibility as an accreditor and the legitimacy of the US higher education system as a whole.”

“It is deeply misleading, unfair, and irresponsible to falsify accreditation information that students can and should use to evaluate their educational options before uprooting their lives and making significant financial investments in their education.”

For many Indians in America and back in India, the legal jargon notwithstanding, the lure of studying in America is no longer a coveted dream as many look up to more immigrant friendly countries such as Canada or Germany.