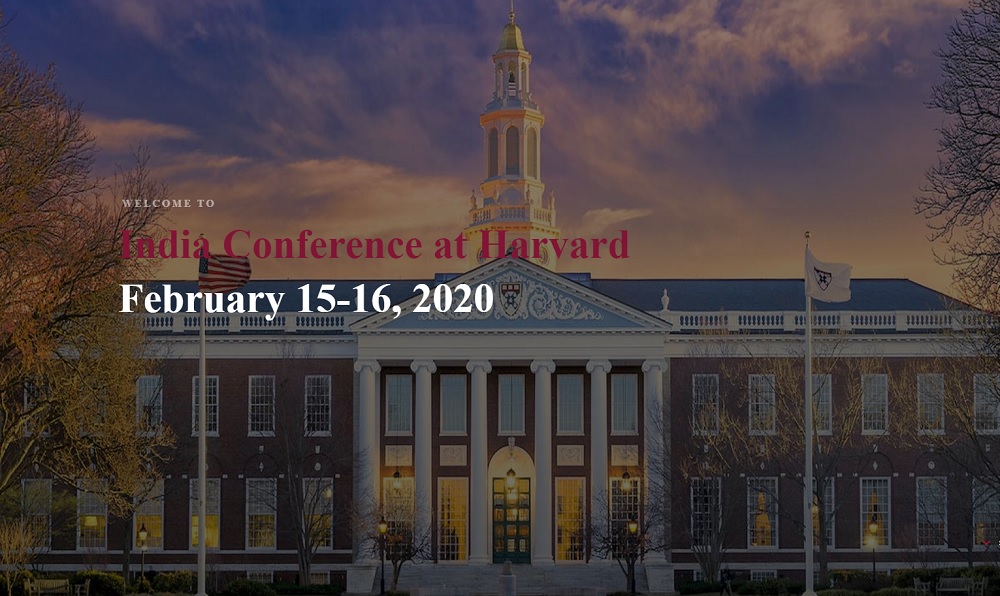 February 15-16 event to include talk on controversial CAA, NRC.

Every year, the graduate students of Harvard University run a conference that brings together some of the best-known names in business, entertainment and philanthropy to come together for an engaging conversation on India’s global journey towards leadership.

The 17th edition of Harvard India Conference would be held on February 15 and 16 at the Harvard Business School and Harvard Kennedy School with the theme of “Foresight 20/20.”

More than 100 speakers from across the fields lined up to address the gathering this year include achievers such as Aroon Purie, Milind Deora, Keshav Suri among others.

Bringing together business leaders, entertainment professionals, government officials, philanthropists and other leaders, the event is one of the most awaited platforms for conversations on Indian trajectory.

The event would include a conversation on, ‘The implications of National Register of Citizens and Citizenship Amendment Act,’ chaired by Faizan Mustafa, Vice Chancellor, NALSAR University of Law, Hyderabad and human rights lawyer Aman Wadud.

Comedian Vir Das, who has been getting praise for his ongoing Netflix series would be the keynote speaker at ‘Fireside chat with Vir Das.’

Speaking on the ‘Power of Bollywood,’ will be celebrity couple and TV host Mini Mathur and her director husband Kabir Khan.

Indian parliamentarian from West Bengal, Mahua Moitra will be a part of a panel on ‘Improving the Quality of Elected Representatives.’

Other sessions will cover topics such as, Women of India: Leaders, Influencers, Enablers; Caste and Politics; Doing Digital Business in India; Diaspora Activism and Being Muslim in Contemporary India.