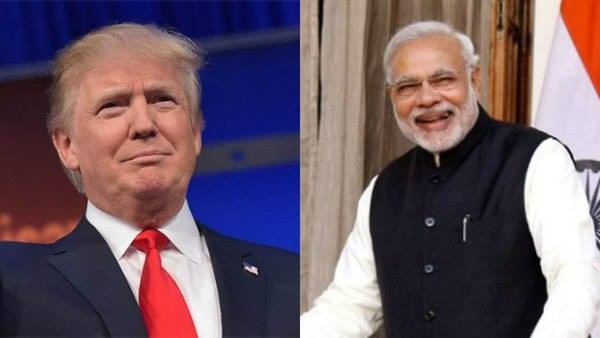 Indians in America have been lobbying for S.386, a bill to remove Green Card country caps.

Sharmishta Dutt, a 33-year-old homemaker in Philadelphia, came to the US three-years-ago on a an H-4 visa for dependent spouses after getting married.

Every morning, these days, she carefully pores over the newspapers to read everything about President Donald Trump’s February 24-25 visit to India.

“I try to read everything including business and foreign affairs pages to learn about the topics that will be discussed by the two leaders during this visit,” she says.

However, she is disappointed that there is no word about  immigration reforms in the US, especially for the highly qualified H-1B community that is suffering because of the green card backlog, on the agenda of Trump’s summit with Indian Prime Minister Narendra Modi.

“We would have really appreciated if Modi had also planned to discuss about the NRI community in the US and the problems they are facing,” Dutt said.

President Trump would be arriving directly from Washington in Ahmedabad in Modi’s home state of Gujarat on Feb 24 to receive a grand welcome at a ‘Namaste Trump’ mega event billed as India’s answer to ‘Howdy Mody’ event in Houston during Modi’s US visit last September. The two leaders would then fly to New Delhi for official talks.

While a lot is being written about ongoing India-US trade talks and how preparations are underway in Ahmedabad for the Trump visit, the green card backlog community in the US feels disappointed that their issues are not being put forth during diplomatic parleys between the two countries.

Nikita Kumar, another Indian stuck in green card backlog says, “We understand that this visit is primarily centered around trade deals, but somewhere the Indian community that is contributing immensely to the American economy feels the need to be represented.

“We would have liked the Indian leaders to also address the massive green card backlog and how it Is affecting healthy immigration from India to the US,” she said.

Similar sentiment of being left out was also felt after the mega-successful ‘Howdy Modi’ event in Houston. While many praised the Indian American achievements being acknowledged on stage, there was no mention of the hardships of Indians on temporary work visas in the US.

Indians in America have been lobbying for the passage of S.386, a bill that aims at ending per country cap on green cards for allowing them to be issued on merit.

Many Indians including physicians and engineers are looking at a backlog spanning several decades before they can get permanent residency in the US.

Many others also fear that their dependent children would lose out on their visa status once they turn 18 hence creating family separation. Many of these children have lived in the US since they were toddlers and do not know any other country as their home.

(Some names in story have been changed on request)