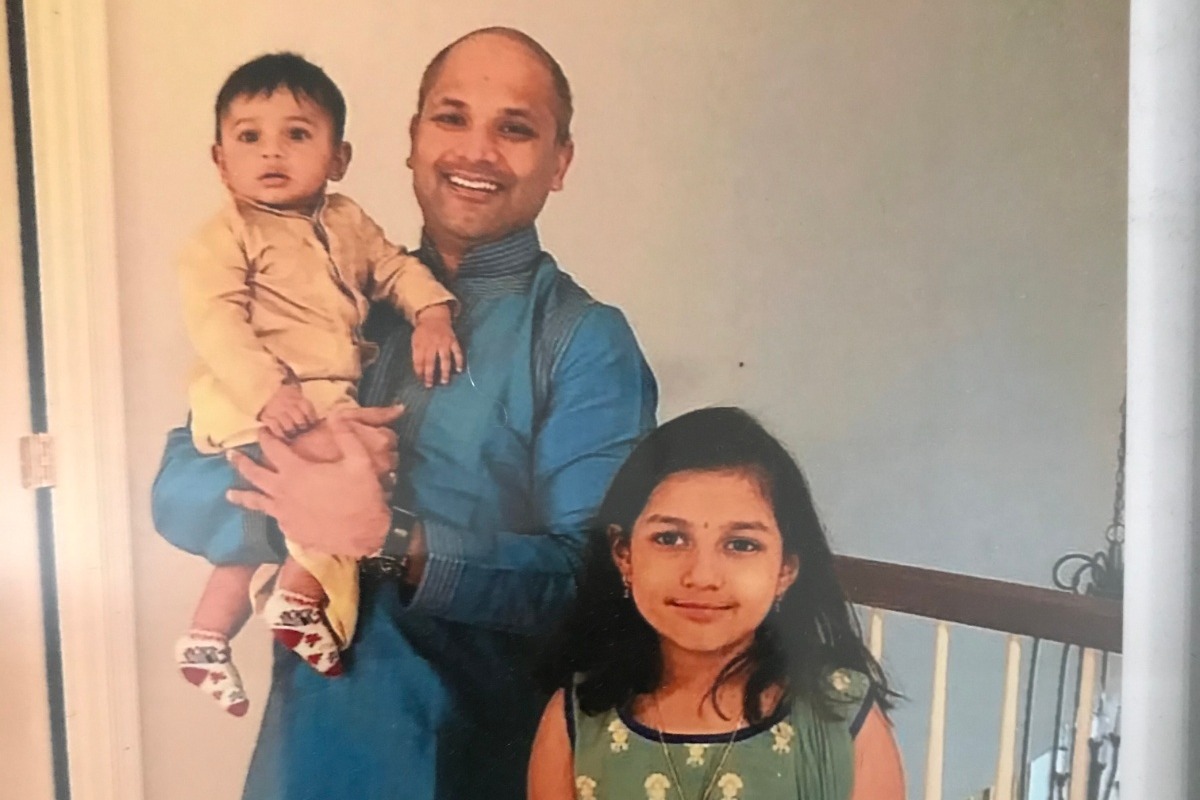 As hundreds of thousands of Indians in the US wait for a permanent residency,life on a work based visa can turn greatly trying.

Batchali, known as ‘Anji’ to friends,  was on an H-1B visa in the US with wife Manogna Batchali on a dependent visa. The couple have two young kids aged seven and 18 months.

Since Batchali was the sole provider for his family, the small family would have to now relocate and find means to support themselves in this time of grief.

On a GoFundMe campaign started for the family, Batchali’s wife, Manogna describes the struggle of being on a dependent visa in the US.

“Anji was on an H1B Visa and was the sole financial supporter of not only our immediate family, but much of our extended family as well,” she wrote.

“I am on a dependent Visa, which is in danger of being revoked,” Manogna wrote seeking “some support to help us get back on our feet” as “with Anji’s passing, we have no income.”

“Donations will be used for medical bills, end of life expenses, and relocation costs.”

“I never thought I would have to write something like this,” Manogna stated as her “beloved husband” passed away from sudden heart failure on Feb 29.

“He collapsed the night before and I took him to the hospital immediately. After three hours of trying, doctors declared he could not be revived.”

“He was a loving father to our two children, aged 7 years and 18 months,” Manogna wrote noting, “None of us saw this coming.”

“Anji was highly health conscious and loved fitness. He was also a valuable employee in his company’s IT Department.”

“He lived a vibrant, healthy, and impactful life. He was only 38 years old, gone far too soon,” she wrote.

The Batchali family has been helped greatly by well-wishers across the country to meet its expenses.

But emotional cost of immigration complexities is taking a toll on many families like theirs across America, who are stuck in a long line for green cards.

According to immigration laws, if the primary sponsor for a work based permanent residency application dies, the application is revoked leaving the dependent family with no choice but to leave the country.

The process can be excruciating as in many cases, the families had been settled in the US for years and kids are assimilated to the country.

The grieving family has to also undergo the process of uprooting themselves from their homes.