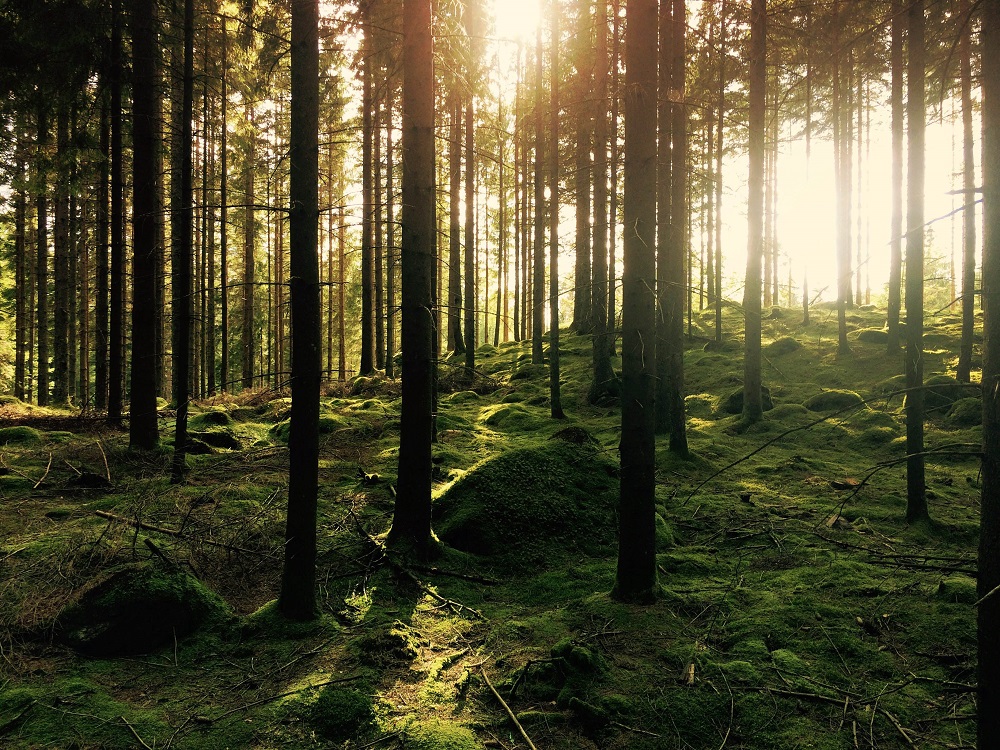 In order to reduce the risk of infectious diseases, we must do everything we can to reduce greenhouse gas emissions and limit global warming.

Ahimsa is the central principle of Jainism, an ancient religion that dates its origins back to the 7th century BC. The word ahimsa, derived from Sanskrit simply means non-violence. The religion’s interpretation of the word is to not cause harm to living beings. In Jainism, ahimsa is applicable to not only human beings but to all forms of life such as animals, plants, insects, and even microorganisms.

A religion consists of beliefs and practices that guide an individual’s way of life. Most people would not think of religion as a philosophy that is based on scientific principles. As a microbiologist and a public health professional, I can now appreciate Jainism as a religion that is rooted in scientific theories. While I do not practice Jainism to its entirety, I consider myself to be one because I grew up in a Jain household within a Jain community.

Within the daily practices of a Jain, every action considers the existence of microbes. It’s become even more obvious to me as the Centers for Disease Control and Prevention (CDC) recently advised citizens to wear a cloth face and mouth covering when out in public. The recommendation is due to the Covid-19 pandemic that has currently affected our nation. The coverings are a way to mitigate the spread of the disease, which is airborne.

People who practice Jainism strictly, such as monks, wear a muhapatti across their face tied behind their ears, which is basically a cloth covering. Jain monks have donned mouth coverings for centuries to prevent the inhalation of small insects and microbes. Jains believe that during the inhalation process such organisms are killed and therefore, the coverings are in place to exercise ahimsa, protect all forms of life.

Jains have believed that life has existed in various forms everywhere in the universe, with their own spiritual paths to follow. We have a moral duty not to interrupt nor disturb that spiritual path just as we follow our own.

Many more principles in Jainism are rooted in scientific principles. Jains are required to clean water through a filter cloth in order to remove pathogens to make the water fit for drinking. After usage of the filter cloth, staunch Jains dip the cloth back into the original water body to free the microbes that are stuck on the cloth into their world. Again, the main reason for doing this is to protect and preserve the microbes.

The most popular notion in Jainism is to eat vegetarian meals. In addition to restricting the consumption of meat, Jains are expected to avoid roots and tubers. According to Jain scholars uprooting roots and tubers disrupts the lifestyle of insects and microorganisms that are embedded beneath the ground. As a result, we may harm them.

During the current pandemic we have witnessed the spread of Covid-19 in our communities, starting from an animal source in a market in Wuhan, China to six continents of the world. Covid-19 is a zoonotic disease, which is an infectious disease that has jumped from non-humans to humans over time. Other notable zoonoses are Ebola and HIV, although it has now mutated significantly to a separate human disease. Based on the spread of such viruses, it brings to question the impact of human being’s disruption on the natural environment of the world.

These days I am reminded of a devout Jain family I stayed with when I was in Tanzania in 2014. One incident that comes to mind is when I encountered a cockroach inside the house. My first instinct, after screaming in angst, was to use bug spray to kill it. However, without any hesitation or fear the woman in the house picked up the cockroach using two pieces of paper and moved the insect outside the house where it was free to continue living its life. She softly told me, “We do not destroy any living beings in this household.”

Later that day, she reminded me that the reason Jains practice non-violence is because we believe that all living organisms can live in harmony. Each organism has a role to play in this vast ecosystem and if we co-exist respectfully, there will be balance in this world. According to her, the cockroach is fulfilling its role in the world and I cannot be responsible for the destruction of that role.

Jain scholars believe that the universe, the earth, and everything in it has always existed. In order for everything to function in equilibrium, we must live in harmony within this ecosystem. In simple terms that means instead of destroying we must preserve, instead of harming we must strengthen, and instead of extracting we must nourish. Thus, just as we are expected to let cockroaches live in their natural habitat peacefully, the idea is to do the same with microorganisms, those that cause diseases and those that do not.

According to David Quammen, author of Spillover: Animal Infections and the next Human Pandemic, while we are currently focused on Covid-19, in the long-term we should worry about the potential of the next outbreak. He adds that humans are constantly disrupting the ecosystem by invading tropical forests that harbor so many species of animals, plants, and microbes. As we disrupt that environment, we are shaking viruses loose from their natural hosts and when that happens, they target a new host such as humans.

According to researchers at Harvard T. H. Chan School of Public Health, climate change also causes disruption in habitats of animals and plants and thus plays a role in the occurrence of diseases. We are in a partnership with animals and plants in this ecosystem so if we change the climate on earth, it will affect that partnership. In order to reduce the risk of infectious diseases, we must do everything we can to reduce greenhouse gas emissions and limit global warming, in order to protect our environment.

In researching the definition of an ecosystem, the one from the National Geographic seems most fitting. The National Geographic defines an ecosystem as a geographic area where plants, animals, and other organisms, as well as weather and landscapes, work together to form a bubble of life. My hope is that the lessons learned from Covid-19 will encourage us to, once again, preserve, strengthen, and nourish the ecosystem. As a result, we will do our part to practice ahimsa and live in peace and harmony with all organisms.