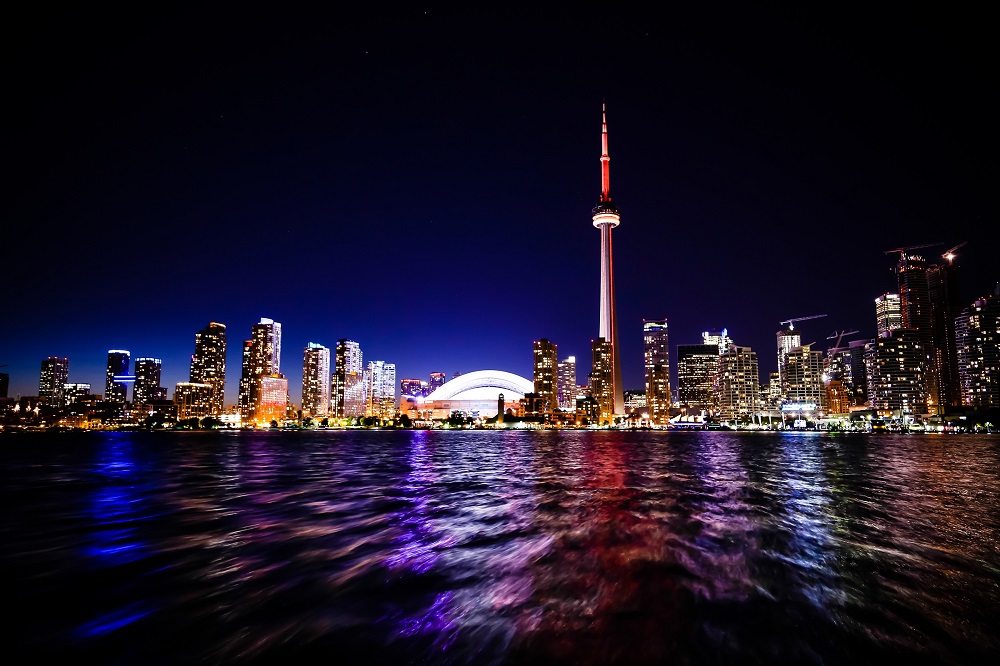 Over the years, Canada has positioned itself as “the Shining City” for international students.

International students from India had the highest conversion rate as permanent residents.

Among various sectors that contribute to the world economy, education is among the hardest hit by Covid-19. According to UNESCO, about 70 percent of enrolled learners are being affected due to school closures in response to the planetary pandemic.

The pandemic has sent waves of uncertainty and anxiety across world economies. As we try to grapple with the situation and forecast when and how normalcy would return, alternative plans are taking shape in different parts of the world.

In the education sector, a number of countries have made changes to their curricula to help students. A case in point is Canada, where the government’s prompt modifications in school programs offer some relief to international students.

International students can travel to Canada if they fulfill certain conditions

International students who received their study permit after March 18, 2020, cannot enter the country.

In order to help students tide over these tough times, the government has announced a few changes to its existing policies:

Study Permits: According to Educanada, a government website that shares information on education for international students, “International students who remain in Canada can apply to renew their study permit, and can continue to study and work while their application renewal is being processed.”

If you have a study permit, or have been approved for a study permit for a program starting in May or June, but you can’t travel to Canada at this time due to travel restrictions, you’re also still eligible for the PGWPP.

If you’re in this situation, you may

Students with authorization to work:

The government website also has information on work permit:

If you’re working off campus, you can work up to 20 hours per week during an academic session. You can work full-time during scheduled breaks in the academic year.

International students who are providing essential services are allowed to work more than 20 hours. This will be effective until August 31, 2020. However, in order to be eligible, an individual should be:

Recent graduates may also be eligible for the Canada Emergency Response Benefit (CERB) program if they fulfill certain criteria.

The overall impact on the economy might be deeper than what is apparent
In Canada, the government, public and private stakeholders in the education sector had several plans to boost the growth signals. Everyone was gung-ho over previous years’ figures from the education sector, which were showing more than expected push to the economy.

“In 2018, international students in Canada contributed an estimated $21.6 billion to Canada’s GDP and in 2016 supported almost 170,000 jobs for Canada’s middle class. This is a significant economic contribution— and one that is felt right across the country,” reported Building on success: International education strategy (IES).

In the years 2015 and 2016, international students’ contribution to Canada’s GDP was Canadian $10.5 billion and $12.8 billion, respectively.

Targets of international student enrollments for 2022 met in 2018

In 2014, the government announced the following goals for the year 2022 in its Canada’s International Education Strategy report:

“Under the Strategy, the Government of Canada will work with the provinces and territories, Canadian educational institutions, and other stakeholders to double the size of our international student base from 239,131 in 2011 to more than 450,000 by 2022 (without displacing Canadian students). Increasing the number of international students to more than 450,000 will create new sources of jobs, economic growth, and prosperity in every region of the country.”

However, these many enrollments were achieved in 2018. All these signs gave sufficient momentum to make elaborate plans to make Canada the world leader in the education sector. It already ranks as the third-best in education, globally. The US is number one and the UK ranks number two.

One reason for the surge in enrollments in Canadian universities was changing policies in the US under the Trump administration. “Typically, international students occupied nearly one in five seats in American graduate schools. But in recent years, the total international enrollment, both undergraduate and graduate, fell by nearly 4 percent from 840,160 in 2016 to 808,640 in 2017,” reported Forbes. “It is also reported that almost 75 percent of admissions directors agree that the policies implemented by the Trump Administration have made it more difficult for the US to recruit international student interest.”

And, Canada was prepared to welcome the increased flow of diversity.

According to Statistics Canada, the enrollment of international students to Canadian universities increased from 66,000 to 124,000 within the span of 10 years, from 2004-2014.

“To put this growth in perspective, the international student population at Canadian universities grew 88 percent from 2004/2005 to 2013/2014, while the comparable growth rate from Canadian students was 22 percent,” reported Statistics Canada.

Of this influx, Asia contributed about 60 percent of total foreign students, the report showed.

International students pay two to four times the fees that domestic students pay, according to government records. The benefits to the country are not limited to the education sector alone but touch other sectors, too, like real-estate, hospitality, transportation, and healthcare, to name a few. 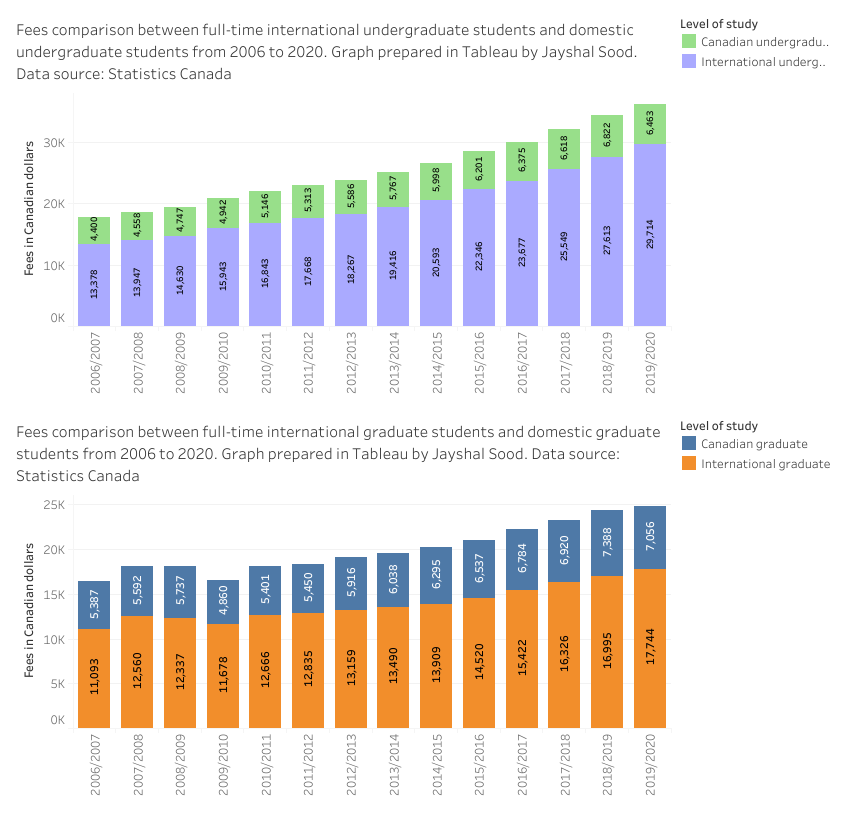 One reason Canada witnessed a steady rise in diverse international student population is its favorable policies for these students. These policies not only ensure a safe and welcoming environment but also open avenues for permanent immigration. The world’s second-largest country is also one of the leading economies to promote assimilation.

“Nearly one-half (48 percent) of immigrants who first came to Canada between 2000 and 2004 as international students applied as principal applicants in the economic class. This compared with 30 percent among those who were international students between 1990 and 1994,” according to a study in Statistics Canada.

Canada has been proactive in updating its point-based system of immigration. The Express Entry program that was introduced in January 2015 was a game-changer in the immigration arena of the country.

With new changes in travel, education, and immigration policies, Canadians could now control the flow of skilled students and potential immigrants, according to its economic requirements. This also reduced the role sponsorships played in immigration. Now, the candidates were given preference according to their work experience, academic background, and language proficiency. International students and workers who had Canadian experience were given more weightage in the Express Entry program.

“While Japan and the United States were the two top source countries in the early 1990s, they were replaced by South Korea and China by the early 2000s, and by China and India in the early 2010s,” the study in Statistics Canada specifies.

According to the IRCC report “Canada – Study permit holders on December 31st by country of citizenship,” international students from India held the highest number of study-permits in the years 2018 and 2019. In both these years, the numbers of Indian students were significantly higher than their closest counterparts, Chinese students. The illustration below presents a comparative visualization.

The report indicates that one of the reasons for a high conversion rate could be the low GDP per capita of the birth-country.

India-born immigrants are highest in Canada

One in five Canadians is a foreign-born. “According to the 2016 Census, 7.5 million foreign-born people came to Canada through the immigration process,” reported Statistics Canada. “They represented more than 1 in 5 people in Canada.”

While these immigrants represent more than 200 countries, the maximum number of immigrants, about 9 percent, are from India. China ranks second with 8.6 percent of immigrants recording it as their birth-country.

The increasing number of international students and the successful retention of these students is a testimony in itself that Canada is welcoming diversity. More weightage for these students for permanent residence is a strategy to keep the talent, which the country has screened and nurtured over the years, for its own use.