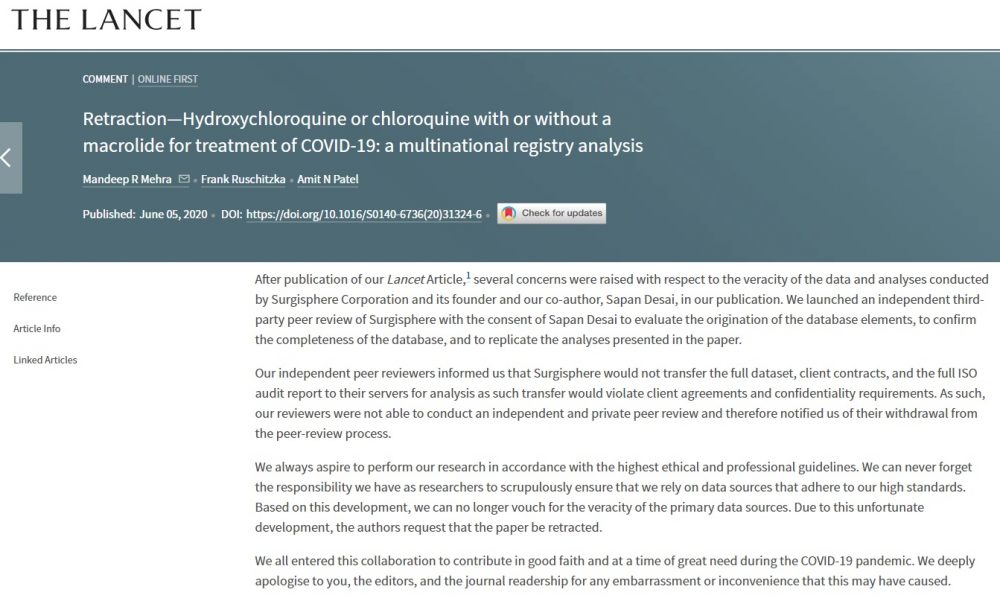 Amit Patel co-authored papers based on data from an Indian American-run company.

An Indian American researcher involved in two retracted papers on covid-19 has lost his job at the University of Utah amid a controversy, according to STAT, a website reporting on health and medicine.

The University of Utah has “mutually agreed” to terminate the adjunct faculty appointment of Amit Patel, it said citing a university spokesperson, who declined to comment on whether the decision was related to the retractions.

After the publication of STAT story Sunday, Patel tweeted he had “verbally terminated” his affiliation with the University of Utah a week ago, and that the relationship had ended formally this past Friday.

And the story is not that I am related to Dr Desai by marriage. That’s old news. Many people from the Brigham were at that wedding and media knew about it. Despite this I still do not have the information of what happened at Surgisphere. But there has to be locals who do.

The Lancet and the New England Journal of Medicine both announced the retraction of papers on which Patel was a co-author within hours on Thursday, STAT said.

The paper in the Lancet raised safety concerns about the drug hydroxychloroquine based on what was purported to be a huge amount of data collected from health records from hundreds of hospitals all around the world.

Consequently, the World Health Organization (WHO) paused enrollment of part of a clinical trial meant to test the drug, STAT reported.

The lead author was another Indian-American Mandeep Mehra, the medical director of the Brigham and Women’s Hospital Heart and Vascular Center and editor-in-chief of The Journal of Heart and Lung Transplantation.

Along with his co-authors, he had received the data from a small company known as Surgisphere, run by CEO Sapan Desai.

Both the Lancet and the New England Journal of Medicine reviewed the papers, and then issued expressions of concern.

The retractions were issued after Surgisphere said it could not share its data with an independent institute Mehra had contacted to audit the data.

STAT cited Mehra as saying through a spokesperson that Surgisphere claimed to possess certification for data acquisition, data warehousing, data analytics, and data reporting from the International Standards Organization.

“I did not do enough to ensure that the data source was appropriate for this use,” Mehra was quoted as stating.

“For that, and for all the disruptions — both directly and indirectly — I am truly sorry.”