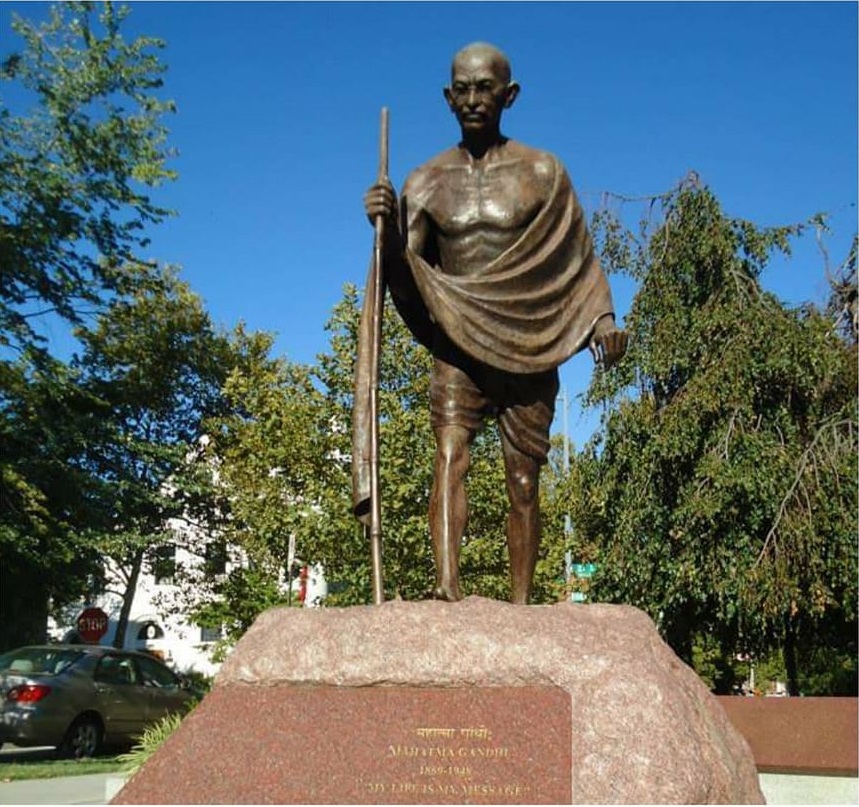 Iconic statue in US capital was defaced during protests over police killing of a black man.

The iconic Mahatma Gandhi statue standing across the Indian Embassy  in Washington, DC that was vandalized during protests over the death of a black man under the knee of a white police officer, has been restored.

The The 8 ft 8 in (2.64 m) bronze statue was covered up after it was defaced and spray painted with profanities on the night of June 2-3 by miscreants during protests over the killing of 46-year-old George Floyd in Minneapolis on May 25. The covers have now been removed after restoration.

US Deputy Secretary of State Stephen Biegun joined Indian Ambassador Taranjit Singh Sandhu in paying tribute to Mahatma Gandhi at the restored statue in a triangular public park in front of the embassy on Thursday.

“Mahatma’s message of truth and non-violence, peace and harmony continues to inspire people of India and USA and all across the world,” the embassy said announcing the restoration of the statue.

Designed by Gautam Pal, a sculptor from Kolkata, the Gandhi statue was dedicated by the then-Indian Prime Minister Atal Bihari Vajpayee in the presence of President Bill Clinton on Sep 16, 2000 during a state visit.

It was installed after the US Congress passed a bill in 1998 authorizing the Indian government to establish a memorial to Gandhi on US federal land in the American capital.

The statue depicts Gandhi in ascetic garb, in reference to his 1930 march against the salt tax in India. The statue bears an inscription with Gandhi’s answer to a journalist who asked for his message to the world: “My life is my message.”

Gifted to America by the Indian Council for Cultural Relations, the statue stands as a symbol of nonviolent solutions to life’s pressing problems.