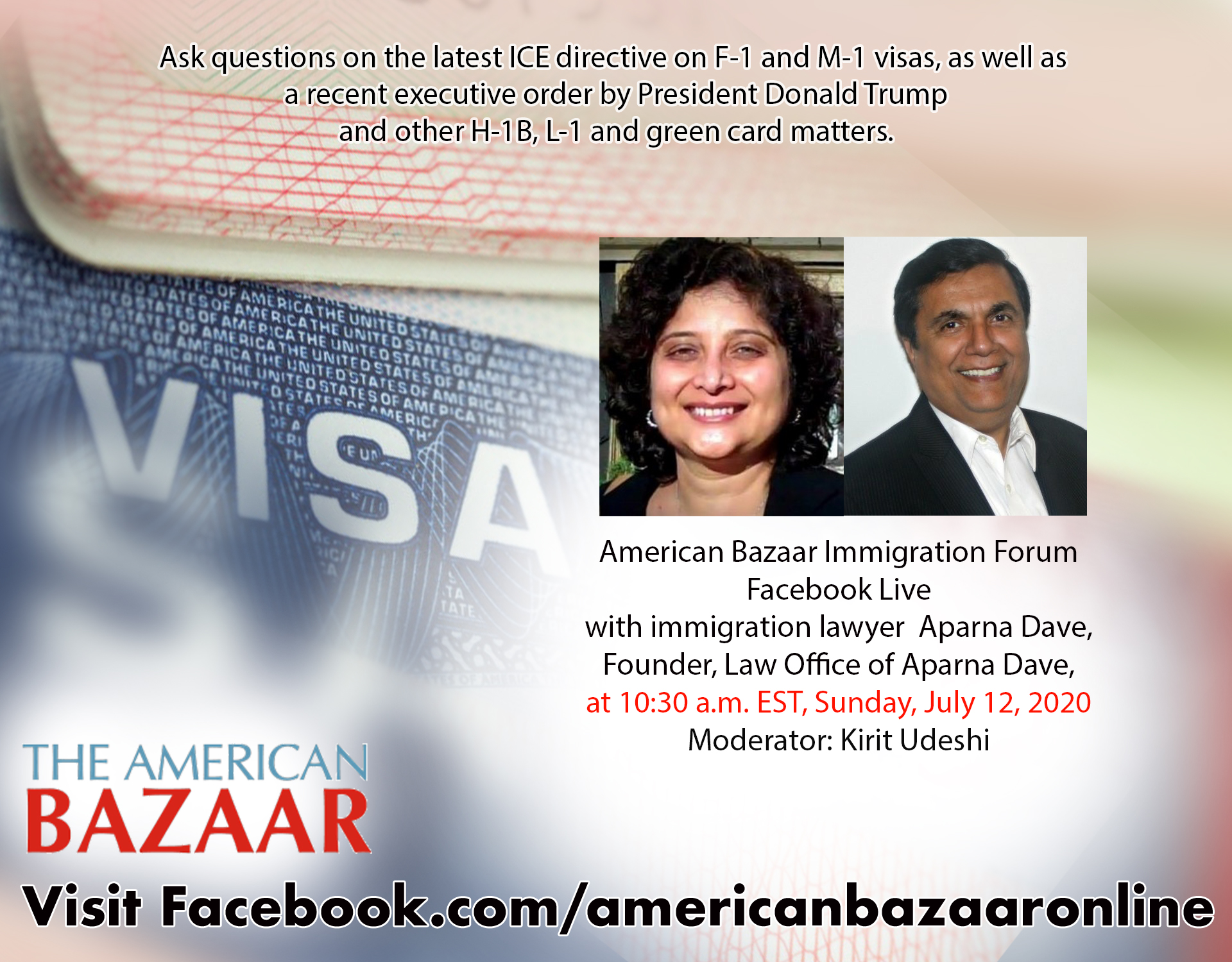 The American Bazaar will host a Facebook Live with Washington-area immigration lawyer Aparna Dave on Sunday at 10:30 a.m. EST.

Dave, an alumnus of Boston University School of Law, is an immigration attorney, based in Gaithersburg, MD. The practice of the Law Office of Aparna Davé is limited exclusively to the U.S. immigration law, representing clients residing anywhere in the U.S. and outside.

This will be the second in a series of live virtual immigration forums hosted by the American Bazaar. The first one was held on June 28, featuring Nandini Nair, a partner at GreenspoonMarder.

The event will be moderated by Northern Virginia information technology consultant Kirit Udeshi.

In the past month, the Trump administration has announced two major decisions impacting hundreds of thousands foreign national working or studying in the United States. On June 22, President Donald Trump issued an executive order suspending the H-1B and other employment visa programs till the end of the year.

Earlier this week, the administration announced a policy directive mandating international students on F-1 or M-1 visas whose classes in the upcoming semester are fully online to leave the country.